Last Sunday, Martha and chef Jacques Pepin were in Newport, Rhode Island, to promote their respective cookbooks: Appetizers and Heart & Soul in the Kitchen. The two culinary giants, who are also friends, shared the stage for a Q&A at Marble House - the Gilded Age mansion formerly owned by Alva and William Kissam Vanderbilt, and now run by the Preservation Society of Newport County. Guests were treated to an informative and interesting discussion about their careers, food and entertaining. This was followed by a book-signing hosted by Martha. Martha Moments reader Anthony Picozzi, who has been featured on the blog before, attended the event and took several photos to share with fellow readers. 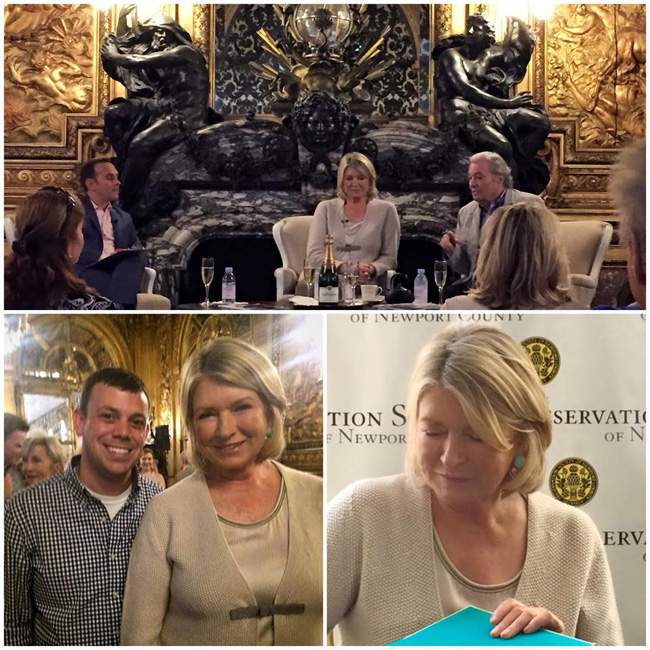 Martha and Jacques were seated in front of the very elaborate marble fireplace with the evening's host, Sal Rizzo. Anthony got to chat with Martha after the discussion and later had his copy of Appetizers signed by Martha. Anthony was introduced to Martha by a mutual friend of theirs who had shown Martha several photos of Anthony the night before. Martha jokingly scolded Anthony for not asking her a question during the audience Q&A!

During her talk, Martha mentioned that her first taste of real success came when Entertaining was published in 1982. “I didn’t know I was a writer until I sat down and wrote that book.” She said she was persuasive and had a publisher who listened. The publisher wanted a picture book with recipes, but Martha wanted a big, colorful storybook. “They wanted it in black and white, can you imagine?” The publisher told Martha if the book sells 25,000 copies it will be a major best seller for a first book. The book has now gone on to sell over a million copies. Martha said, “I found out that in America, especially, if you write a book that catches the eye and heart of the readers, then you become an expert. That book made people start to understand that I was the real thing. That I could write about food, develop recipes and talk about entertaining with a voice.” 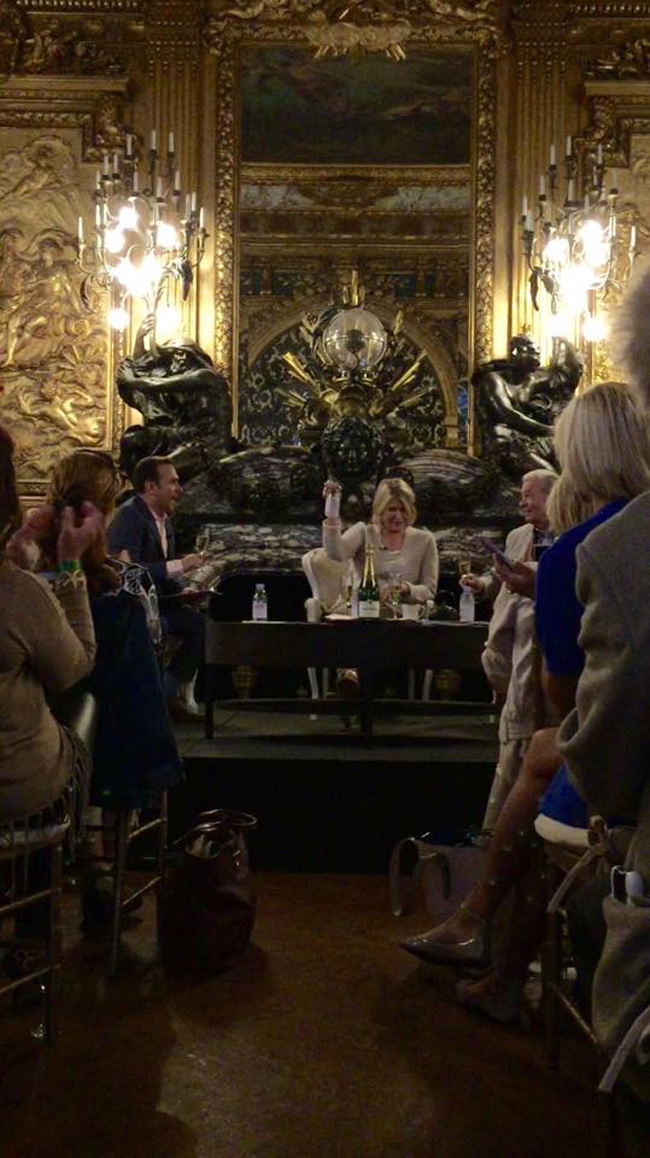 Martha mentioned that Appetizers is her 85th book. Everyone raised a glass to toast that success. 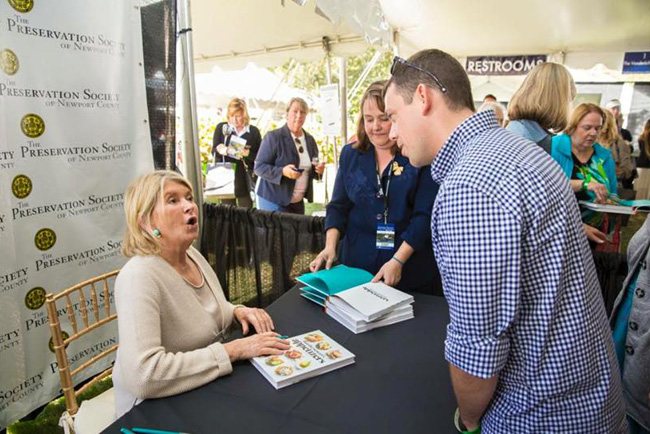 Martha was very excited to hear that Anthony had photographed many of the mansions of Newport. You can see some of his photos in this post. 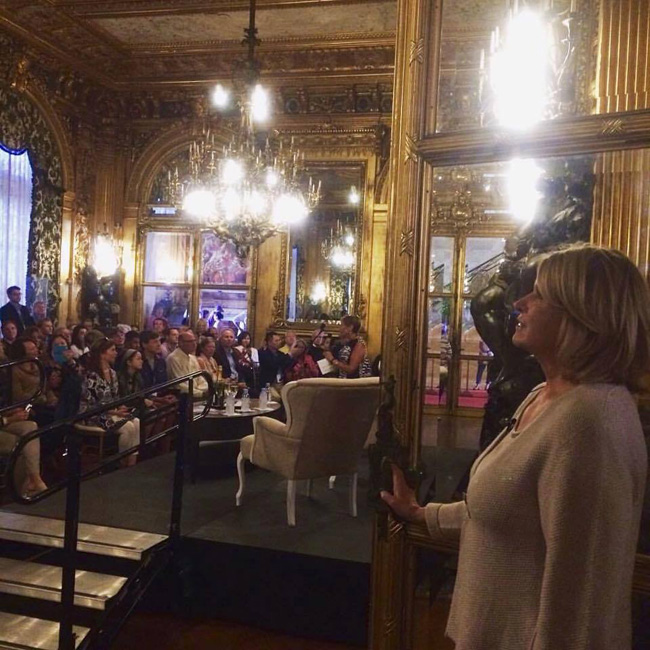 Martha taking in the beauty of the mansion's great hall. 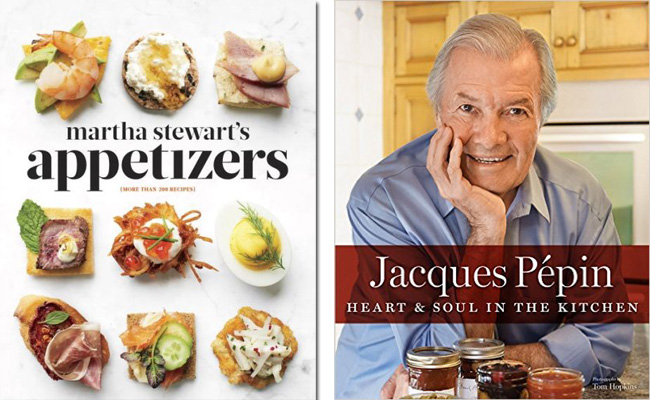 Martha's book Appetizers is available now. Jacque's book will be released next week and is available for pre-order.
Posted by ANDREW RITCHIE at 10:12 AM

Hi Andrew,
Beautiful book signing event, an amazing book, I love it. I admire chef Jacques Pepin will check his book.
I tried to visit Anthony's blog but it is not found anymore.
Best wishes xo