No one knows how to take "free time" and spin it into pure gold better than Martha Stewart. Not only has she been putting her cooking and gardening skills to the test during quarantine but she's also been developing new television shows!

A new program for HGTV called Martha Knows Best is tentatively scheduled to air later this year, although it is still in production. Filmed at Cantitoe Corners, Martha's farm in Bedford, New York, the show will invite viewers to follow Martha around her property as she completes household and gardening tasks. This is exciting news for all of us viewers who have wanted, for so long, a show that takes us inside the workings of Martha's farm. Episodes began filming recently and will continue throughout the summer. Stay tuned to HGTV for news about a firm air date. 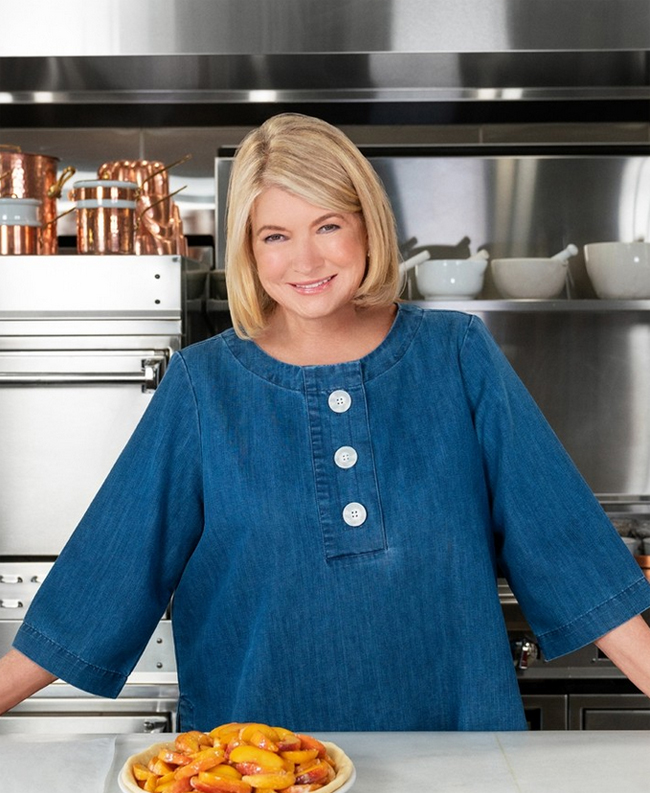 Martha will also be returning as a guest judge on Chopped on the Food Network for its next season and is also developing a "holiday-themed series" for that channel. We'll have to wait for more details about that show, but it does sound intriguing.
Posted by ANDREW RITCHIE at 10:18 AM

YES! Finally getting a gardening show!

How do you manage to get the inside scoop on all of Martha's projects?! Thanks for keeping us informed! I miss the old Martha Stewart Living show (her first show, not the talk show)- for me, those were the best years because i was just getting started setting up my own home. I learned so much that helped me at that time, and all of the knowledge learned through the show, the magazine and Martha's books continues to do so today.I just picked up the July/August issue today- I'll be interested to see if our favorites from the issue are similar! :) Thank you for this blog- It's always a pleasure to read!

Anne, I have to thank Google Alerts for the info! :-) I'm so glad you enjoy the blog. I'll be doing a little July/August issue review soon.

Anonymous - yes! It will be so nice to finally get to poke around Martha's property with her!