Martha Stewart Living magazine has been named as a finalist for a National Magazine Award by the American Society of Magazine Editors. Martha's magazine was nominated in the "General Excellence" category for Service and Lifestyle, alongside fellow nominees Bon Appetit, Afar, Saveur, and T: The New York Times Style Magazine. Living has won numerous magazine awards over the years in just as many categories, from design to photography. The winners will be announced on March 14th. Congratulations to the editors at Living! 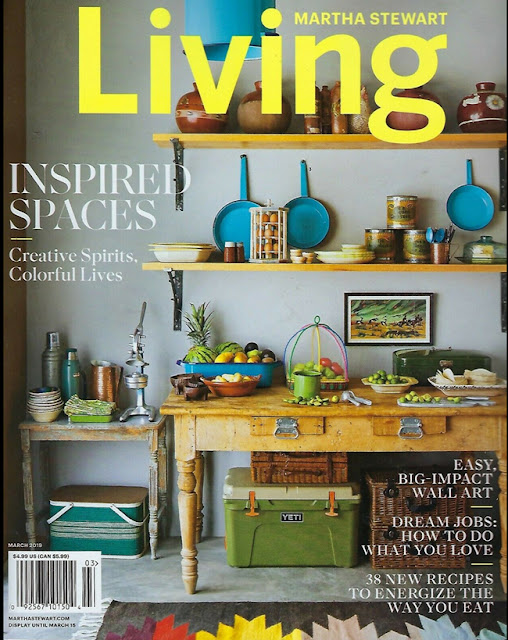 The March issue of the magazine will be on newsstands February 15th. I love the cover!
Posted by ANDREW RITCHIE at 5:01 PM