Ad Age has added Martha Stewart Living magazine to its "Publishers A-List 2019" honourees. Each year, Ad Age (a global hub for news and conversations about marketing and media communities) names its top magazines to watch for and for the second year in a row Martha Stewart Living has made the cut. 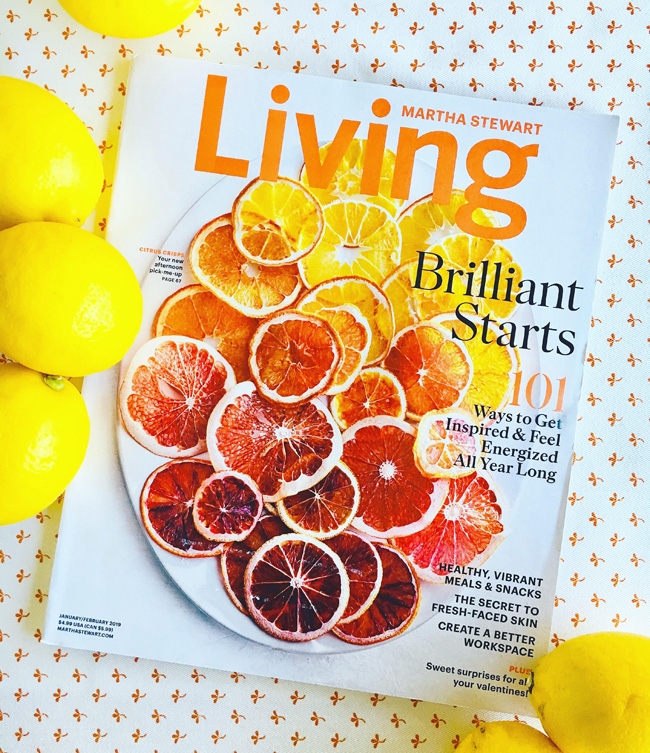 "Former independent magazine Martha Stewart Living has been under the Meredith umbrella since 2015, when the Des Moines, Iowa-based publisher took over operational and editorial control in a licensing deal. Over the years, various Martha wannabes have come and gone, and while we salute Meredith for teaming up with Joanna Gaines, one of the only truly convincing Martha-esque rising lifestyle gurus, we're pleased that four years later, Meredith's partnership with the Martha continues to pay off. Under Editor-in-Chief Elizabeth Graves, MSL continues to be the gold standard of lifestyle glossies, and under SVP/Group Publisher Christine Guilfoyle, ad revenue has held steady (even as the food and shelter-mag categories declined overall in 2018), thanks to new or increased business from brands including Kimberly-Clark, Subaru, Starbucks and Tito's Vodka."

Other honorees include the aforementioned Joanna Gaines and her magazine Magnolia Home Journal, which is also run by Meredith Corp., as well as The New York Times Magazine, Country Living, WSJ, O-The Oprah Winfrey Magazine and The New Yorker. Congratulations!

Dreaming of a day when Martha By Mail would make its return. The Macy's collection is going down and I have stopped buying products their unless they are on clearance or have deep discounts.