Inside Martha's Next Book, "Pressure Cooker"

Clarkson Potter, the publishers of Martha's books, have issued three recipes for readers to try in advance of the publication of Martha Stewart's Pressure Cooker, which will be released on August 28th. The recipes hint at a book that will be quite broad in its scope, incorporating tried-and-true pressure-cooker classics like braised short ribs as well as some 'non-classics', such as raspberry upside-down cake. I have never used a pressure cooker before but quite a few of my friends (most of whom are in their early 30s) swear by the device to get them through those busy weeknights when pulling out a bunch of pots and pans to make dinner seems like a chore. Most of them use the latest craze in home-cooking gadgetry, the Instant Pot, which took kitchens across North America by storm last year. (Not to worry: Martha Stewart's Pressure Cooker has recipes that can be used in the Instant Pot!) 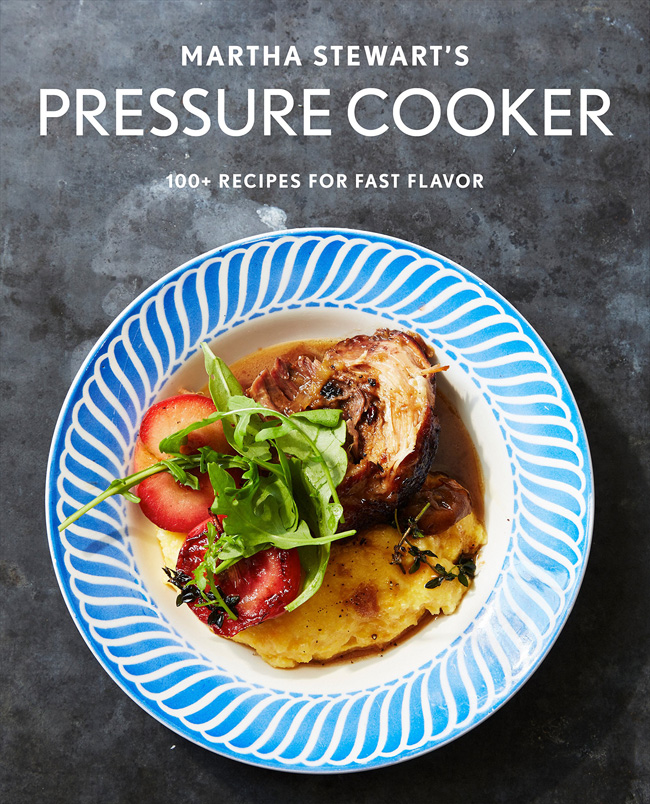 So, without further adieu, here are the three advanced recipes from the book. Click on the images below to expand them. The recipes all sound perfectly delicious! 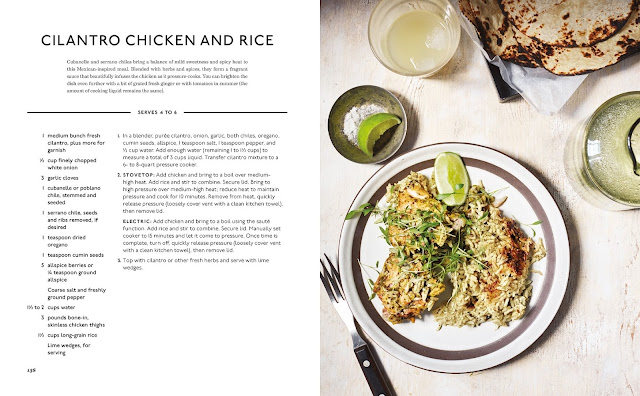 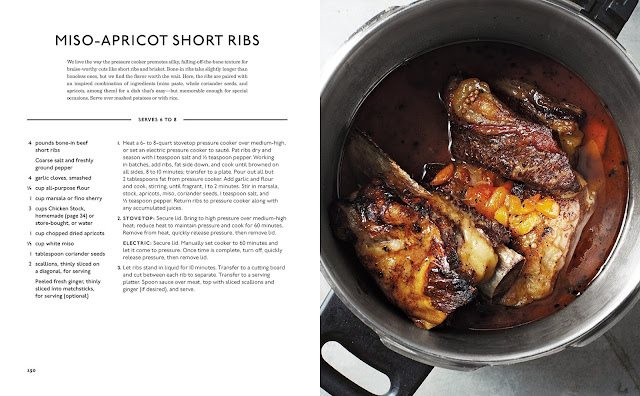 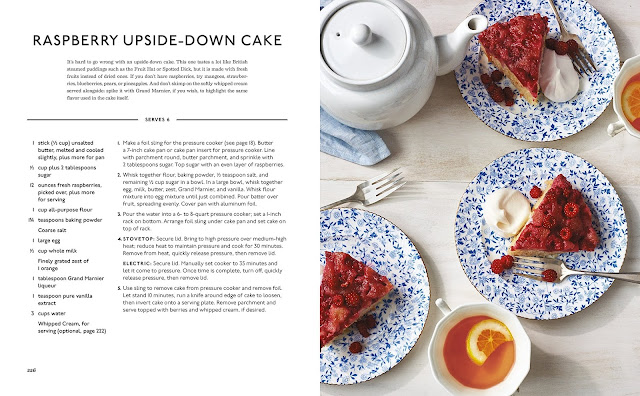 If you're someone who loves one-pot cooking, keep these other two Martha Stewart cookbooks in mind: One Pot and Slow Cooker. Both are currently in bookstores and can be purchased on Amazon.com. 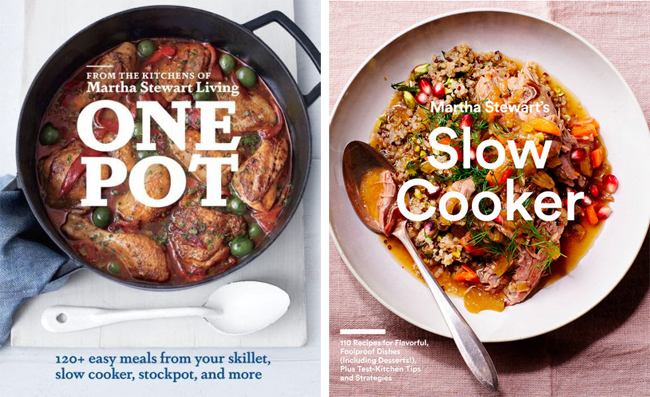 Posted by ANDREW RITCHIE at 2:34 PM