Martha Stewart's Cooking School is the number-one, most-watched cooking show on PBS and, earlier this year, won the 2014 James Beard Foundation Award for best cooking show in a studio or fixed location. It should come as little surprise, then, that season four will soon be underway! The new series of episodes will air beginning in October. Be sure to check your local PBS listings for showtimes and click here to learn more about the program, watch previews and find the recipes. 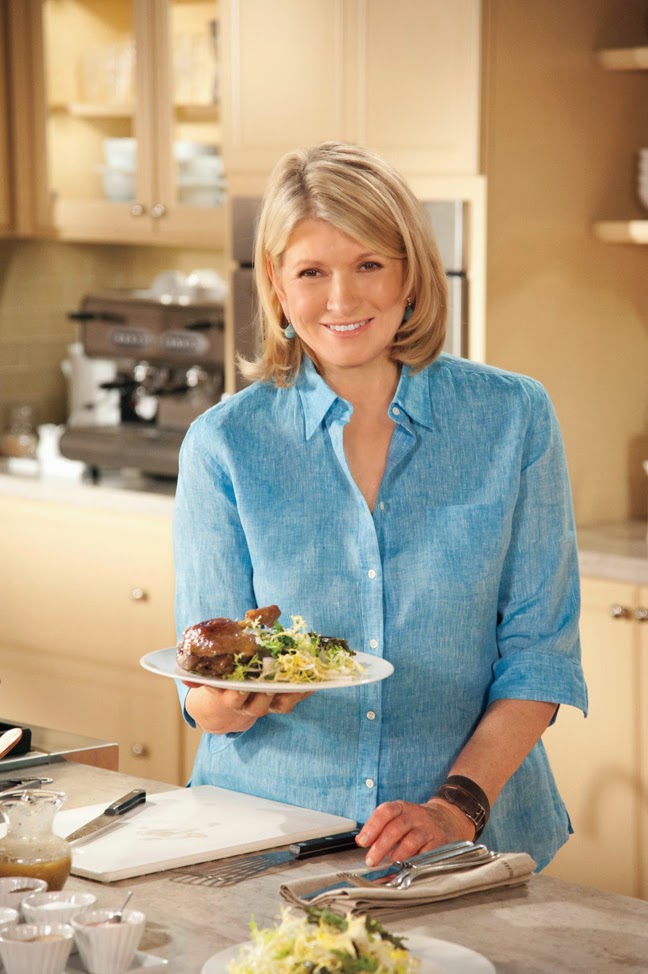 I am frequently asked where this program is filmed. It is filmed at the Starrett-Lehigh building in Manhattan, which is where MSLO is headquartered. When The Martha Stewart Show ended, the studio was dismantled and reassembled in this new location. The decision was made to keep all MSLO production under one roof, including all television and video recording.
Posted by ANDREW RITCHIE at 4:41 PM

Can't wait to see it!

Odd.....even with the success of Ms. Stewart's "Cooking School" on PBS, there is still no television station that plans to show reruns of MSL original, award winning, syndicated program.
APM

Congratulations to Martha on a very successful tv show. I wish we can watch it in London or the Middle East. I would love to watch it.
Best wishes xx

Would like to see a gardening show on PBS or even a special for gardening and the holidays like Christmas.

After the first season of Cooking School, Martha mentioned there were talks about a gardening series. I've heard nothing about it since then, however.

Seems that there is a building at her Bedford Farms that was built to house the set.

I also wish we could get this show in UK x