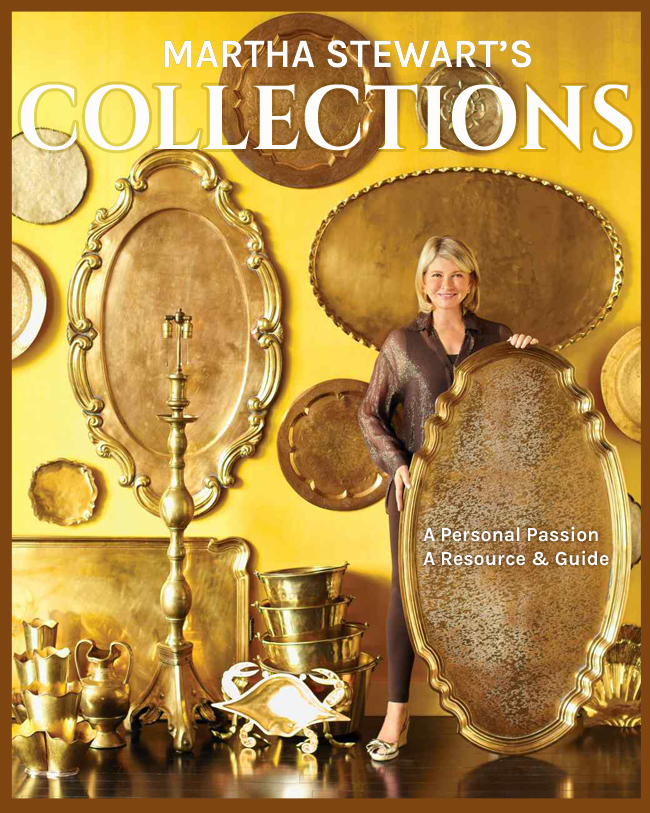 David urged me to come up with a make-believe cover for this book and that's exactly what I did. The only photograph I had saved of Martha that was large enough for this project - and that suggested a collecting theme - was an image published in the magazine a few years ago showing Martha with some of her large collection of brass. I think it works well as a cover but I am not one-hundred percent sold on it as the final copy. It was used merely to demonstrate the subject and the idea. I used it, too, for the special issue magazine idea, which would also be fun, but I really do think Martha's collections deserve a book. 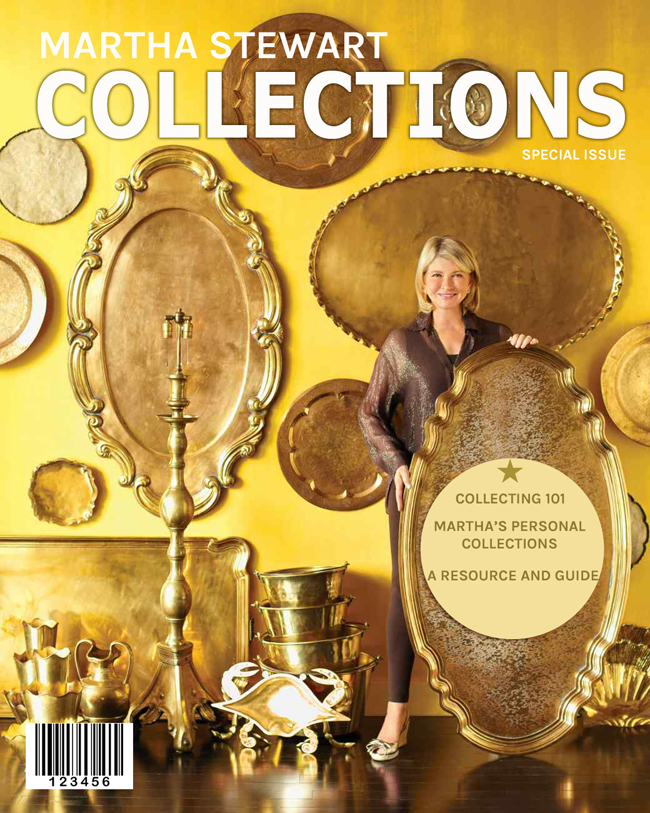 The closest thing Martha Stewart readers have to such a book is Fritz Karch's excellent book called Collected: Living With the Things You Love. I've recommended it to just everyone I know who is a collector and who has enjoyed the collecting articles and features in Martha Stewart Living over the years. (Fritz was the collecting editor for many years at the magazine, as well as the founding manager of the Martha by Mail business. He is still a contributor today.) The book, authored with Rebecca Robertson, another Martha Stewart alum, is probably the best book on collecting there is. It is also filled with photographs that were initially published in the pages of Martha Stewart Living for all those glorious collecting articles. I highly recommend it. You can read more about it here.

But to have a book devoted to Martha's personal collections - the ones she keeps at Bedford and Skylands and Lily Pond Lane - would be a dream to any (and every) Martha Stewart reader. I hope you like the idea and my covers!

Posted by ANDREW RITCHIE at 9:54 AM

I really do hope that Martha takes this idea and makes it happen. Every collector out there would benefit from such a publication. Think about it. Who's the ultimate collector of all things having to do with a home? Who is the most knowledgeable and trustworthy individual out there to guide us on how to care for our collectibles? Martha. That's who.

1992 was the first Christmas issue of MSL for me as I could no longer save decades of magazines i stopped my subscription -- so this image is new to me AR.. What would such a HUGE tray be used for??? I remember stories about McCoy pottery, cast iron door stops, baskets, plants, rugs, hotel silver, pedestal cake stands copper molds, chocolate molds, bakelite, jade ware, yellow ware, chairs, taxidermy,faux bois,--- now I unfortunately have far too many school house world globes, woven splint picnic baskets, sewing supplies fabric, chairs, bedsteads with finials, and baking items bundt pans, mini muffins, springform, tart pans pie pans, brioche pans madelaine cookie forms and how can I for get TEA CUPS!!! Least i forget the garden tool platoon LOL