A Preview of Martha’s Auction

When Martha Moments reader Paul Stoddard (of Swirly Designs) realized that the upcoming Martha Stewart auction in Beverly, Massachusetts, was being held just a half-hour drive from his house, he decided to take a closer look. Kaminski Auctions is hosting a sale this weekend at their gallery at 117 Elliott Street of hundreds of items from Martha Stewart's prop library. These were items that were used primarily on Martha's television shows, at various events and for the magazine. A portion of the benefits will go to support the Martha Stewart Center for Living at Mount Sinai Hospital in New York City. Paul took the drive to the gallery and had a chance to preview the auction items. Below are his photographs. Thank you, Paul, for sharing them! If you cannot attend the live auction, absentee bidding is also provided. Click here to bid for items online. 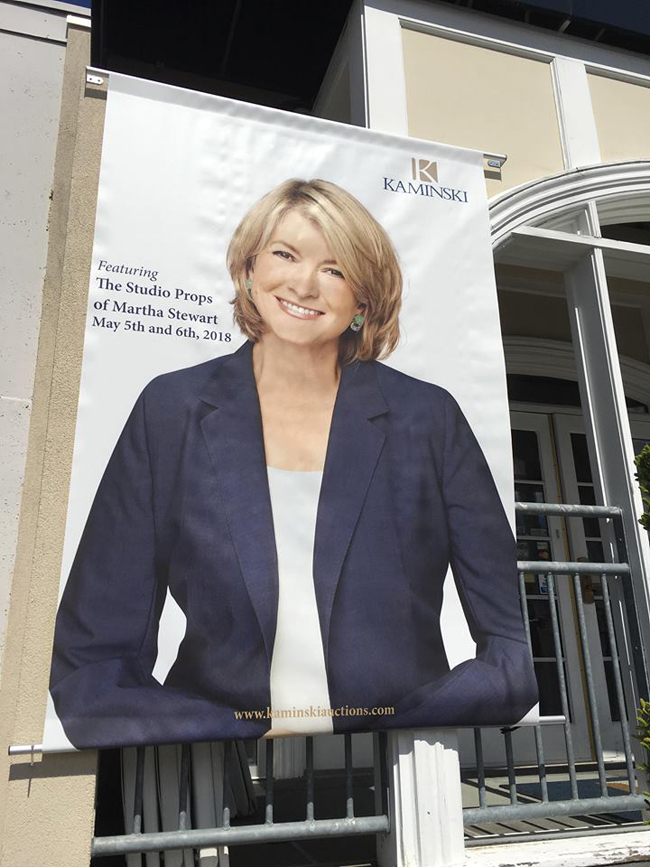 Outside the gallery are large banners advertising the sale. 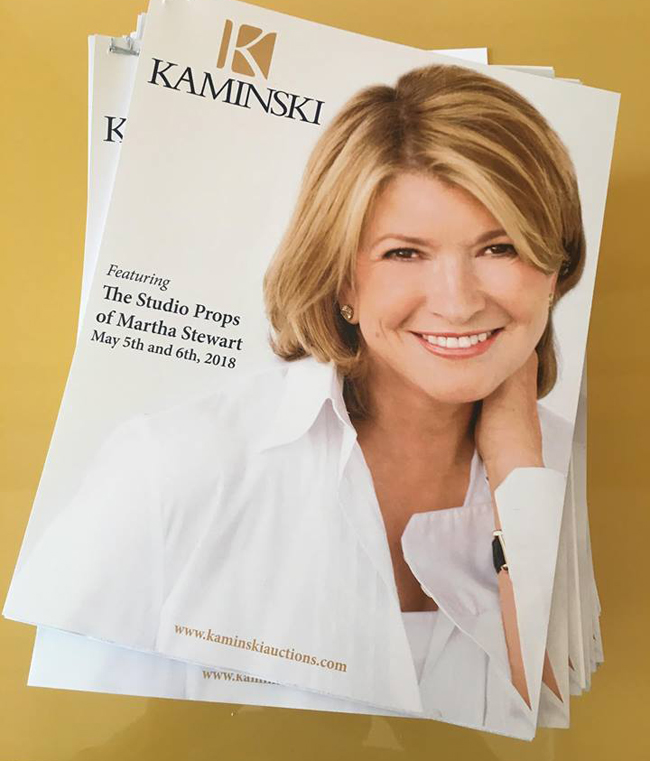 Kaminski has provided catalogs for the auction. 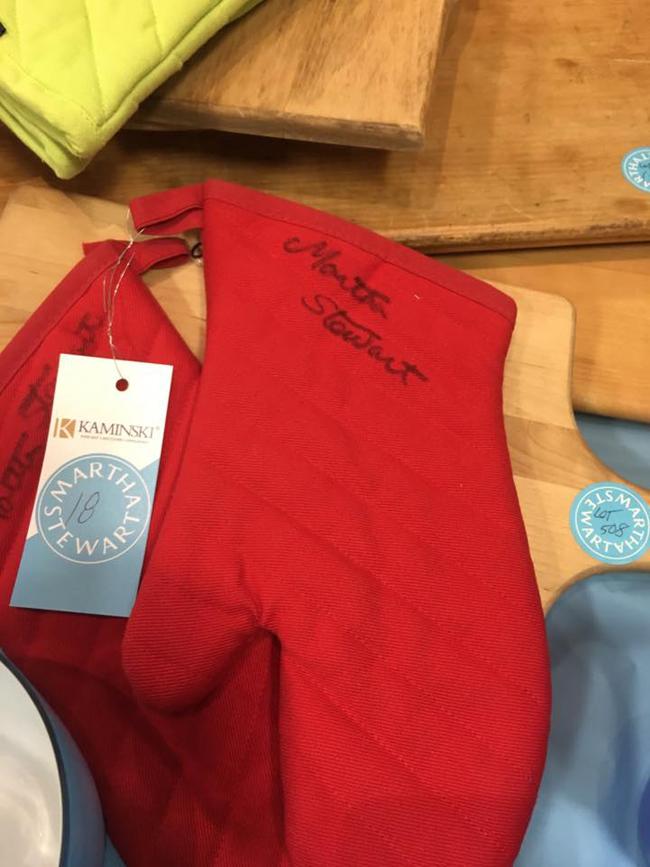 A pair of Martha Stewart Collection oven mitts has been autographed by Martha for the auction. 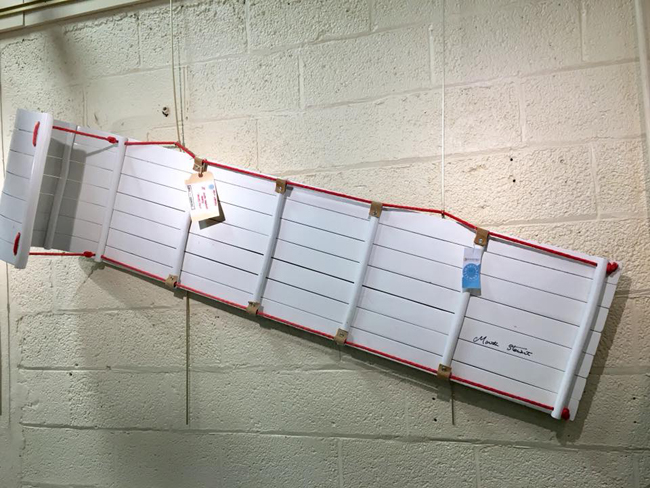 This toboggan was also signed by Martha. It was featured on the cover of the December, 2009, issue of Martha Stewart Living magazine. 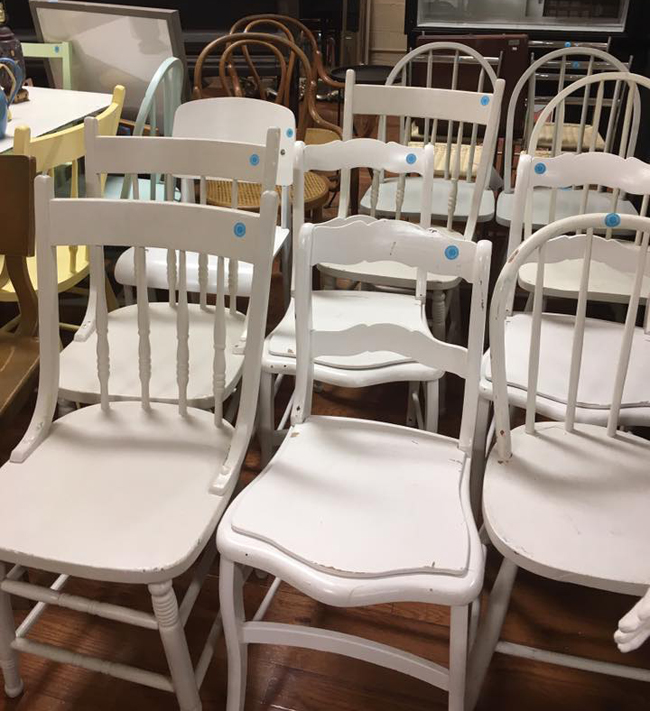 I loved these white chairs! 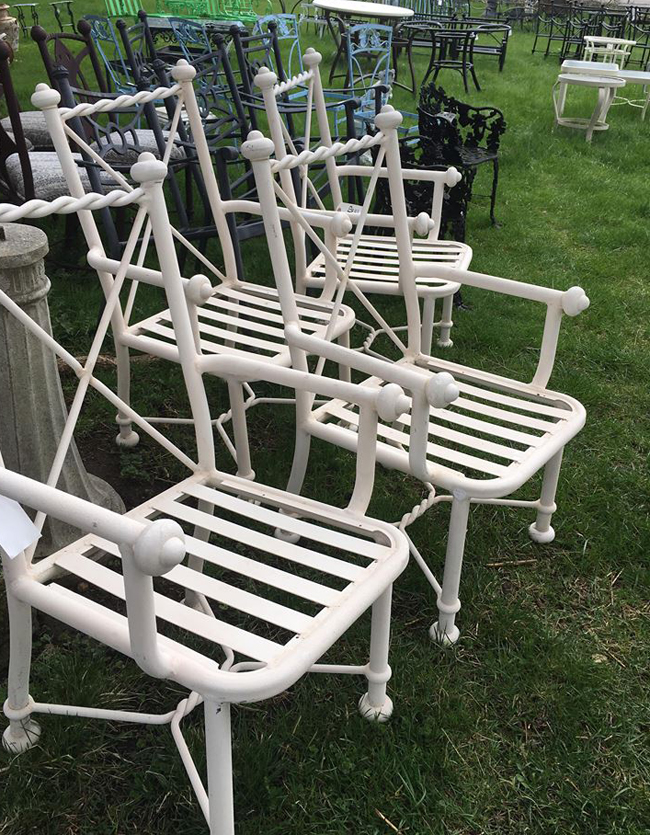 And all of this lawn furniture! 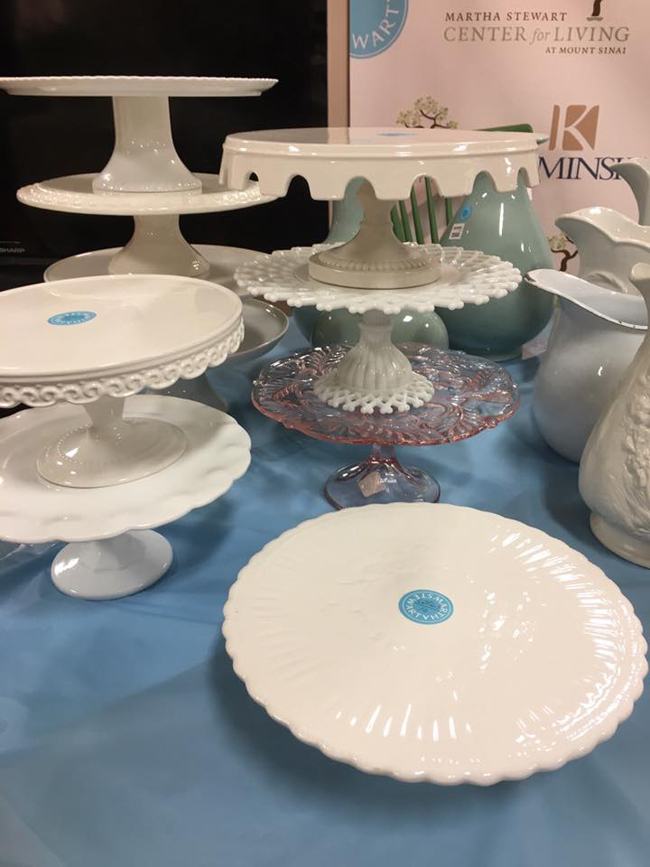 You can't have a Martha Stewart auction without cake stands! 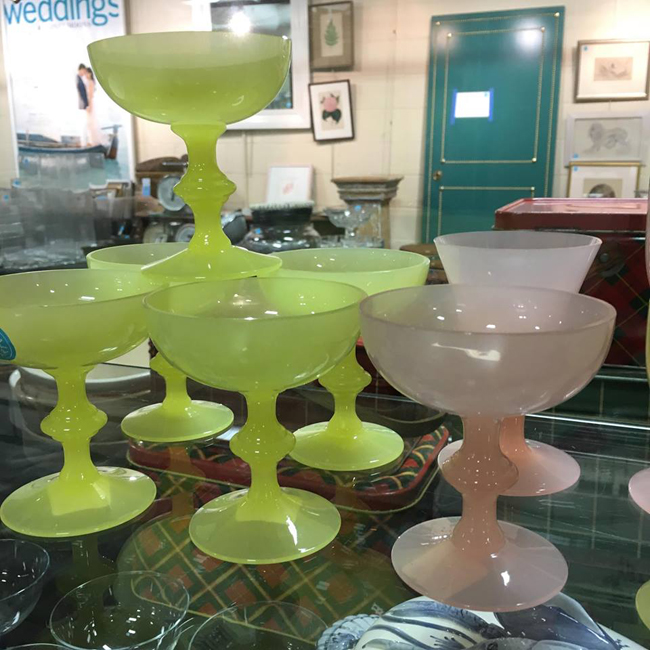 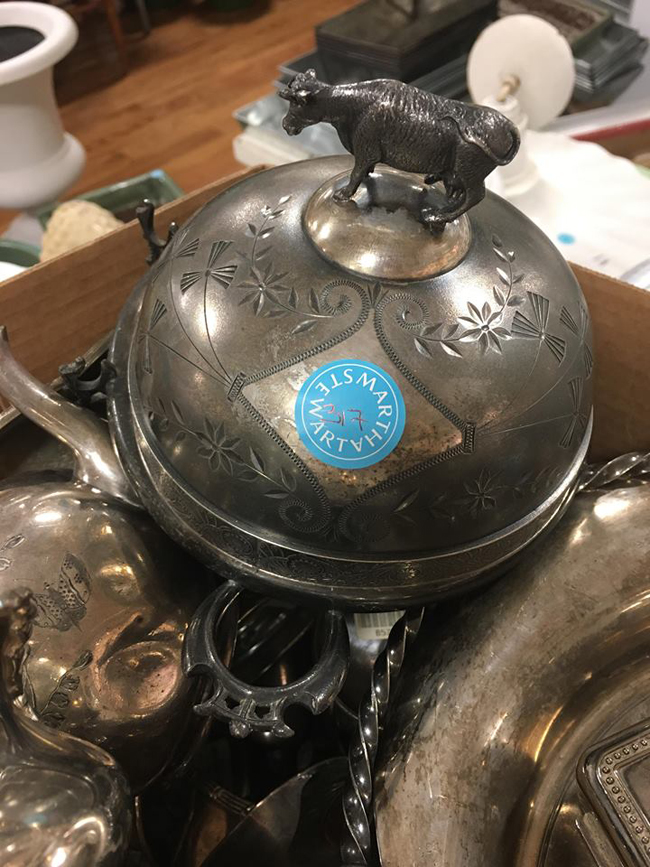 An interesting mix of silver pieces - badly in need of some polish! 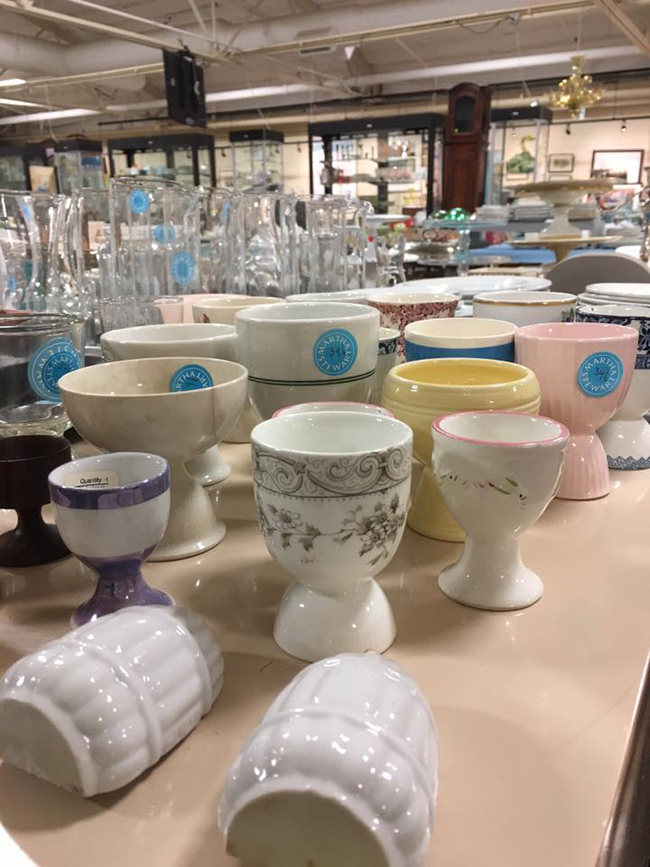 One of my favourite things to collect: egg cups! 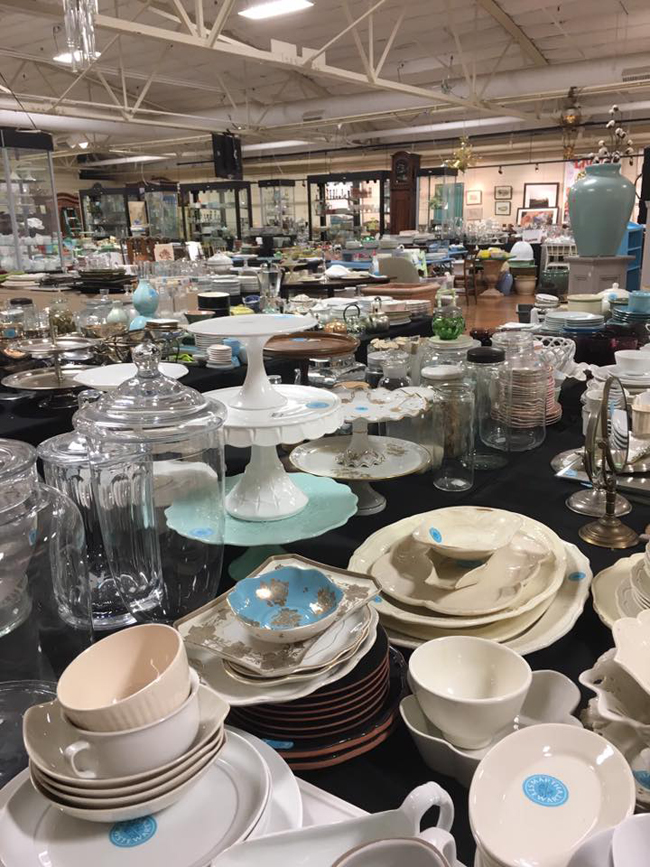 The gallery was filled with items! 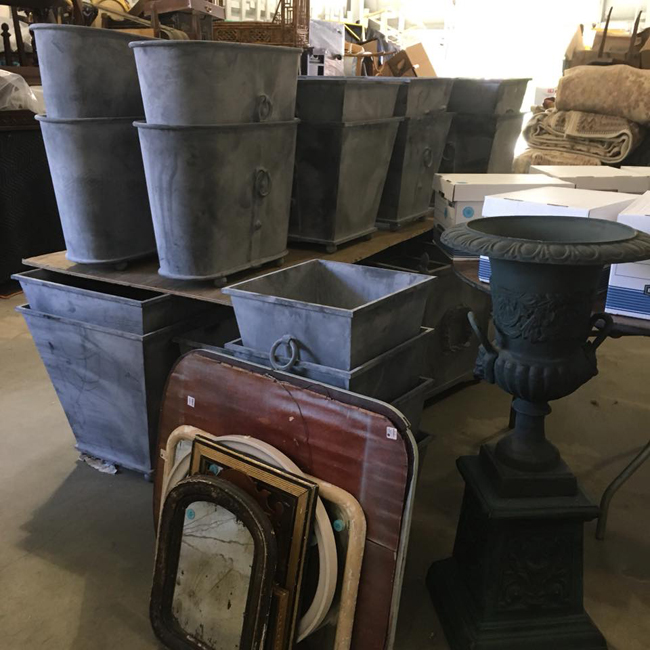 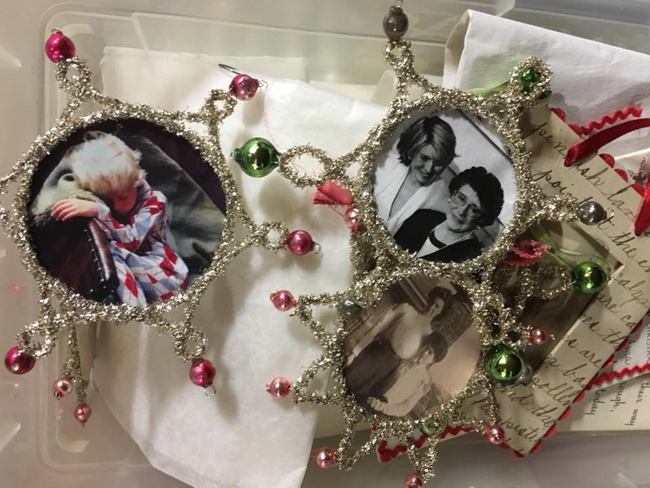 Paul noticed a small bin with handmade Christmas ornaments, featuring images of Martha's family, including her mother and her nephew Christopher. 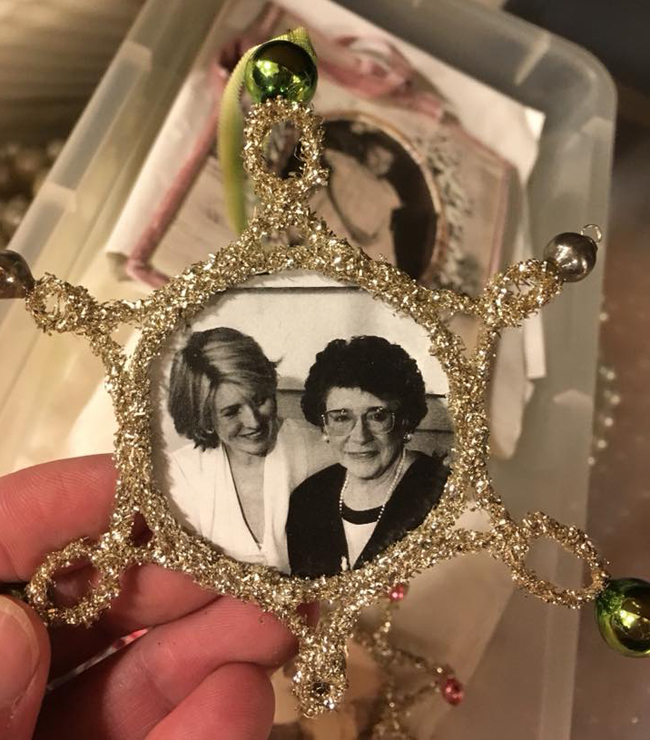 Paul was quite taken with this one of Martha with her mom. 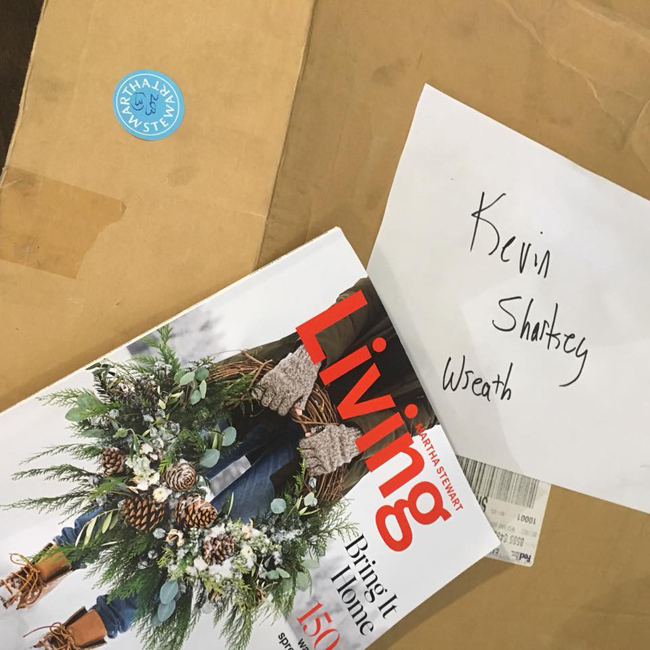 The wreath that was featured on the December, 2017, issue of Martha Stewart Living, created by Kevin Sharkey, is also up for auction.
Posted by ANDREW RITCHIE at 8:53 AM

Although I previously reviewed the various lots, on the second review a had a rather sad epiphany (I am sure everyone else knows it already!)
I realized everything was being sold, there was no point in keeping all the props as THERE WILL NEVER BE ANOTHER MSL SHOW (not , daily, weekly or even specials on PBS).
Oh well, I can still hope some network will see the value in replaying the old shows.
APM

Wow, wonderful photos! Oh, to have seen those in person! I was scanning the photos to see if I recognized anything, and of course had to drag out my Dec 99 MSL to see the toboggan. Kind of depressing when it comes to the ornaments, I know they were props but they would still end up on my personal tree if I were someone in Martha's family. Would LOVE a replay of the old MSL shows as well!! I remember I was a young wife and mother and looked forward to her show way back when. (I never did watch her studio audience show.) We can dream and keep our fingers crossed!

I am sorry I missed this! I would have loved to have bid on something.

I agree with the above comments that this means there will be no more shows. So sad!!

Her old shows were the BEST in my opinion. I loved the hour long shows from Turkey Hill. The lighting and subject matters were amazing. While I watched her studio/audience shows too - my heart belongs to the old episodes. I remember when it was first a half hour show on the weekends and I would fill VCR tapes of those shows and watch them over and over!

Martha needs to release everything on DVD as a library. I would buy everything!

I just put pansies in my pansy ring. Who heard of a pansy ring before Martha!? She taught me so much.