Next Door to Skylands

The property adjacent to Skylands, Martha's home in Seal Harbor, Maine, is currently for sale. Known as Ox Ledge, the house was built in the mid-1910s by Duncan Candler, the same architect who designed Skylands. It boasts ten bedrooms, seven bathrooms and sweeping views of the harbor. It sits on just over eight acres of rugged seaside landscape and has just over six-thousand square feet of living space. As you'll see below, the house shares many historical connections to Skylands - and at one time it even shared a driveway! 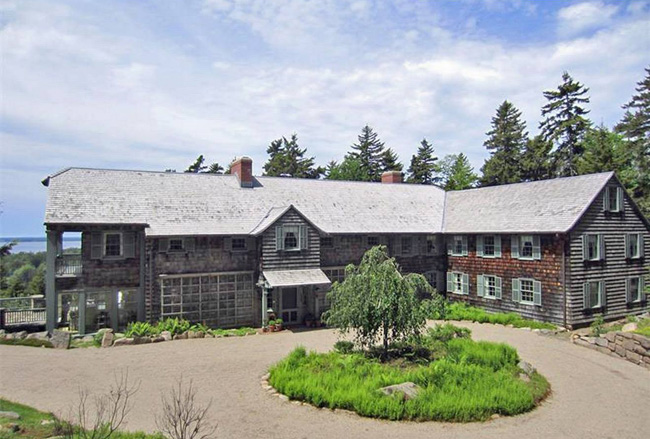 The house was commissioned by Richard G. Tower in the early 1900s and was originally referred to as Tower Cottage. In 1922, the house was purchased by Edsel Ford, along with two adjoining properties, to create his Skylands estate, a summer retreat, which is now owned by Martha Stewart. After Skylands was completed in 1925, Ox Ledge became the summer home of Ernest Kanzler, a Ford executive who was married to Mrs. Ford's sister. The cottage was later owned by the Kanzler's son, whose widow married William Van Alen, son of the noted architect, and grandson of both Atwater Kent and Mrs. James Laurens Van Alen (later Brugiere). 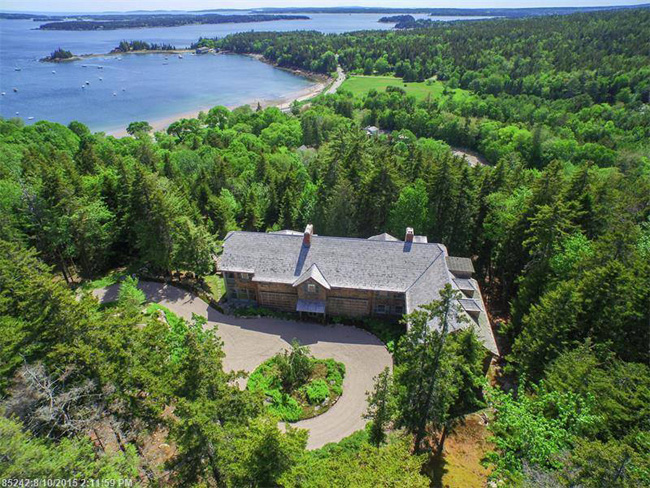 The circular driveway is very similar to the one at Skylands. 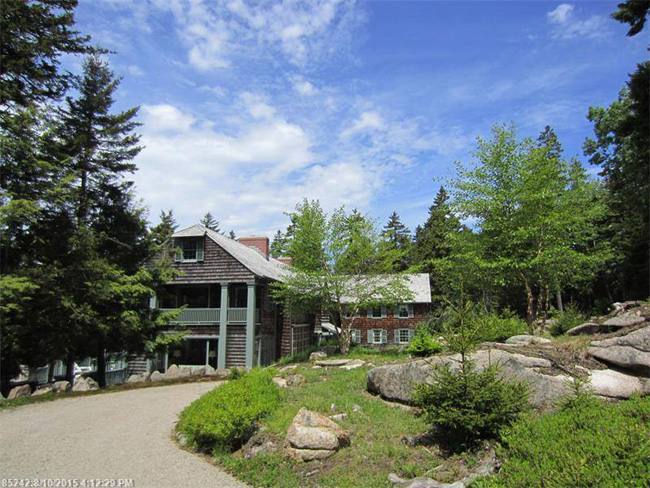 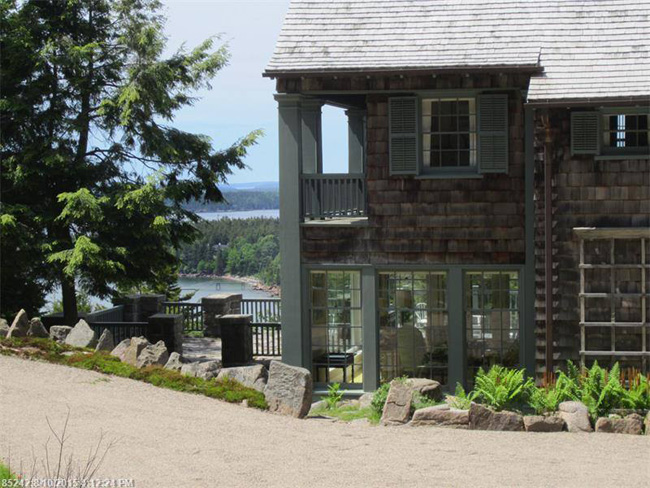 Stones lining the driveway are similar to the "Rockefeller teeth" found along the driveways of the Ravenscleft estate and Skylands. 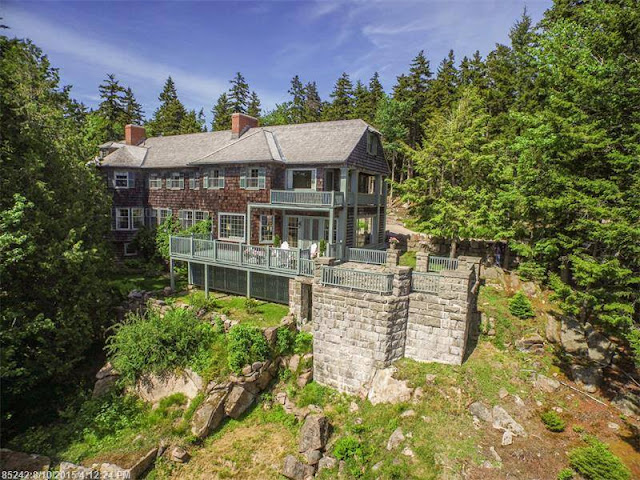 The property was built on a sturdy foundation of granite, quarried on site. 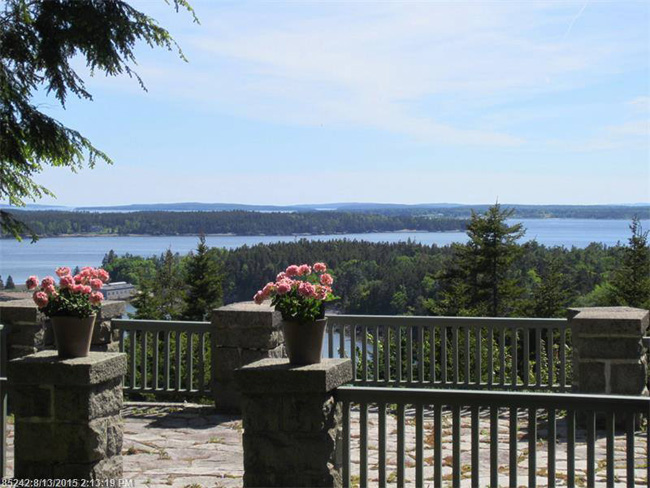 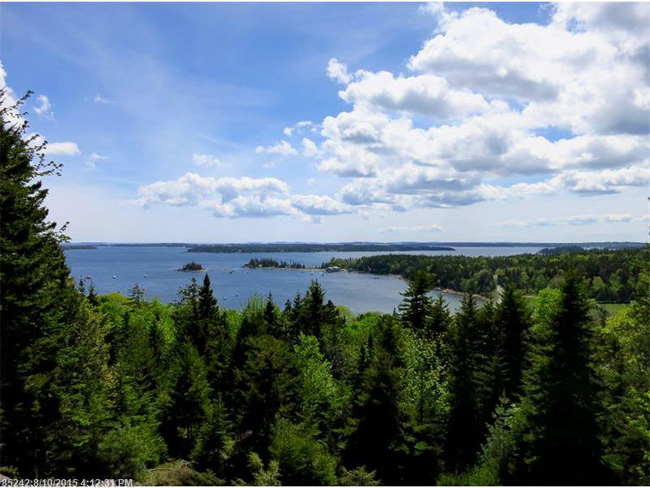 The view from the terrace is spectacular. 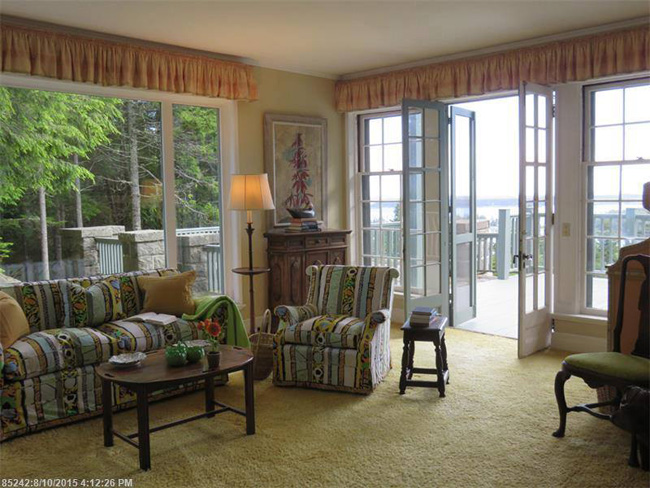 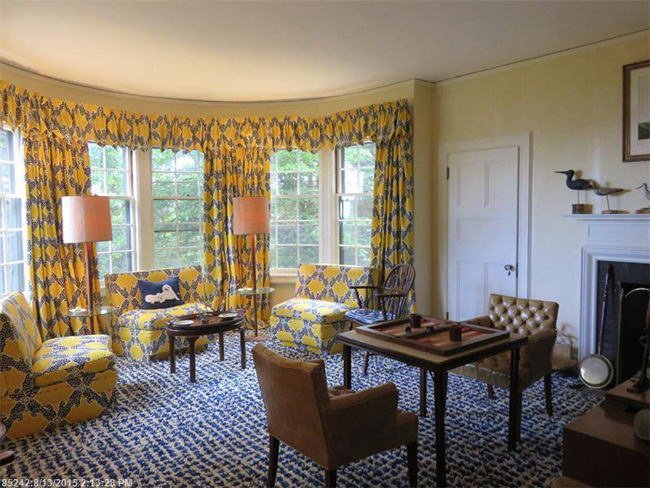 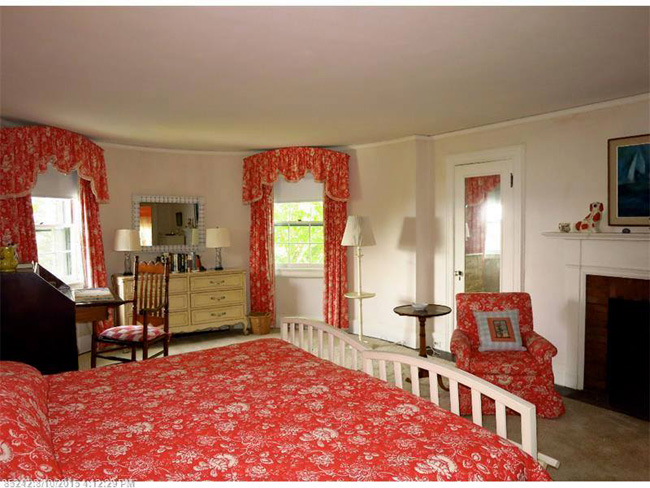 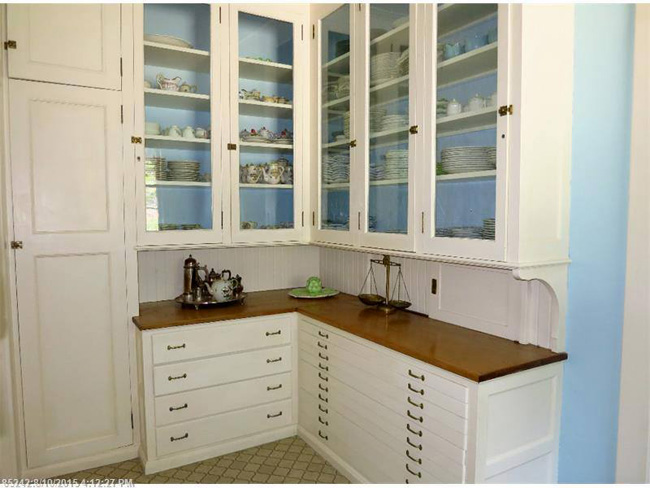 Indoors, the house still has most of its original fixtures and architectural details. While it appears to require some refurbishing (and lots of redecorating!) the house remains true to its original design: built for summer guests and entertaining. 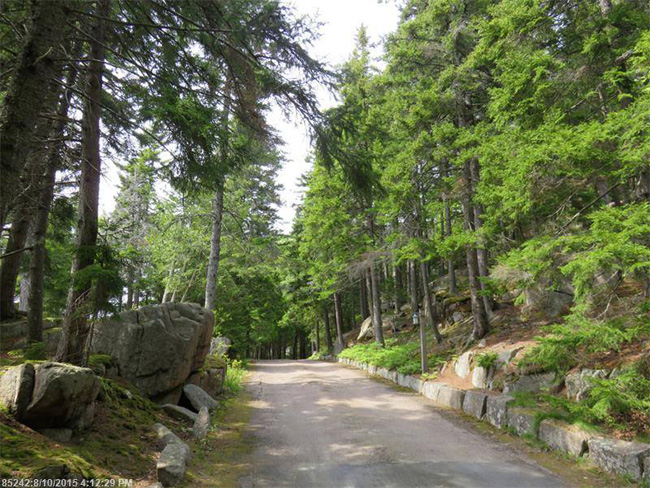 Skylands and Ox Ledge once shared a driveway, and when the properties were divided, the driveway, as well as the Ford's formal garden, were retained by the Van Alens for Ox Ledge. In the 1940s, a new driveway and a separate entrance from the main road was created for Skylands. 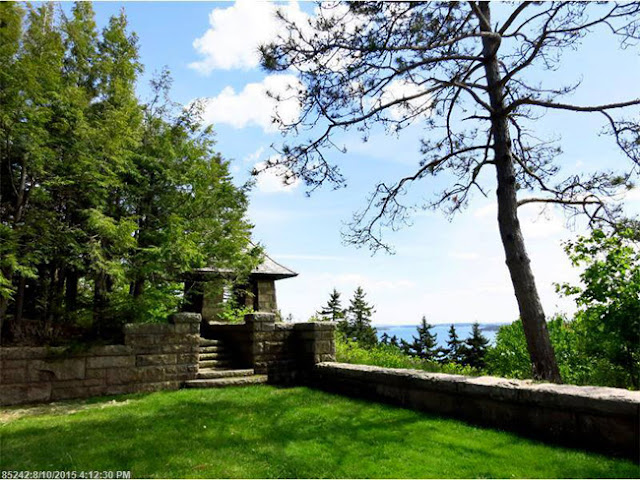 The garden, designed by Jens Jensen, was built on the foundations of another shingle cottage built in 1901, and the beautiful stone gazebo, shown above, survives from that house. Jensen's formal plan for this site is shown below: 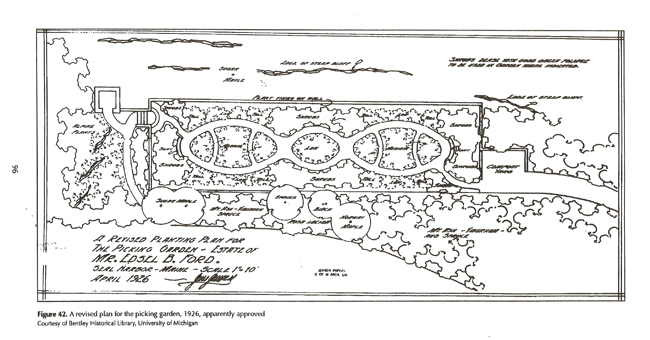 The Ox Ledge property is currently for sale by the Van Alen/Kanzler heirs. Photographs from the Knowles Company. You can view the listing here.
Posted by ANDREW RITCHIE at 11:02 PM

Martha,
Redoing our kitchen in 2016. I am thinking stainless steel counter tops would be nice if that is a thing. What do you think? Tired of all the stone in every home.

Now that you sold your company, where will you be - the real Martha. Still running the company I know. This blog I hope is yours and not an assistant running it.

The Facebook page has your name as the profile photo but not your photo. Is the new company going to sort of phase Martha out and turn your name into the representation instead of you? I think your followers are here for you and your face not just the idea of you.

Would love to make a ton of money on stock if I only knew the next Google and could live like the vegan, animal sanctuary owner, Martha Stewart of Oregon.

Well Teri, the site isn't run by Martha, nor her assistant. It's run by me (Andrew Ritchie) a fan in Canada. I think we'll have to wait and see what direction Martha takes now that her company has been sold. This is new territory! Thanks for writing!

Andrew-
Thank you for this great story! I adore Skylands and eat up any tidbit of info I can find about it. It seems like you love it too. I appreciate your detailed, well written posts!
Julie

Thanks for a great story. Love your blog and am always impressed by your Martha-knowledge. And I thought I was a superfan! :) Now we need a campaign to get all the episodes of Martha's old shows (the beautiful perfect years - not the show with the audience!) on DVD. I think that anthology would be amazing. I'm constantly looking up old clips on her site.

The home is beautiful, and I would be pleased to own it.......just a little short on the down payment ( Oh yes, also the taxs and monthly mortgage)
I will say it is interesting how different ( from Slyland) the feel is with the different decor . While it is beautiful and somewhat denotes a summer residence it in no way is equal to Ms Stewart's mix of formal , casual, experimental and " fun" interpretation of the decor at Skyland.
APM

I would be more impressed with what another poster refers to as your "Martha KNowledge", if a significant amount of the research weren't lifted almost verbatim from a facebook post I did about this house the previous day, after being given a tour by the realtor---along with a couple of original photographs and the garden plan. I know the ethical lines blur in social media, but it is never good policy to use the work of others as your own without proper credit, no matter the venue.

I am a member of just three groups on Facebook. Mansions of a Gilded Age is not one of them. I was not aware of this post you had written which is why you did not (and will not) receive credit for it. It was not "lifted" from you. Almost all of this information was available on the realtor's website. I've decided to publish the link to your facebook paragraph regardless.

PS, In case you weren't aware, the Ox Ledge property was purchased by Martha a couple of months ago, for 4.2 million, and the two properties are re-united.

After looking back through old posts on my Martha Moments Facebook group, I know what must have happened. Someone on my Facebook group who is a member of Mansions posted about the house. No mention of you or the other group, which I am sorry about. If I had known the info came from you I would have credited you, as I have done in the past regarding some of my Skylands posts. Sorry about any misunderstanding.

Thanks very much. that is much more what I suspected happened.

Actuyally, curious, I went back to your facebook group. The post was shared, and is credited to me under the pictures. Just for the record. And here I let it die. But, a lesson here---when using the words of others, credit should always be sought, even in a blog.

She's tearing it down. She already has the permits.

I just read that! What a Shame to tear that beautiful home down. It seems out of character for her.