Crafting: Birds of a Feather

One of the most exciting things about writing a blog like this is that I am introduced to so many great people from all over the world - people I would never have met otherwise. Everyone who reads Martha Moments is linked by their appreciation of Martha Stewart (her life, her brand, her company) as well as the many experts and editors who help to formulate the content areas centered on home and living that we find so inspiring: crafting, gardening, cooking and decorating. One such reader is David Kramer, a young man living in Florida, whose hobby is bird carving. When I saw some of David's work, I knew I wanted to feature his carvings on the blog. Not coincidentally, David uses Martha Stewart Crafts paints to embellish his carvings and many Martha Stewart supplies to help him organize his workspace. Below are photographs of some of David's work with his own explanation about his inspiration and his beginnings as a self-taught carver. 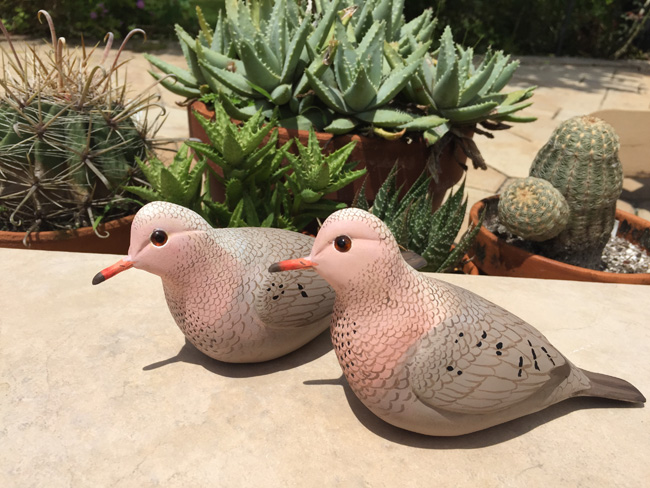 My inspiration for carving these birds comes from seeing them in their natural habitat while bird watching.  Their beautiful plumage and interesting habits are so intriguing to me and I try to capture that in my carvings. I only carve birds that I have seen myself, almost like a special souvenir or a connection to the place where I saw the bird.

I grew up in Virginia Beach,  right next to the Chesapeake Bay. This area has many famous decoy carvers that make wooden duck decoys and shorebirds. These decoys were traditionally used for hunting. Some of the antique decoys have become very collectible and are highly sought after. One Spring I went to a waterfowl art show with my Dad and was really inspired by all the many artists and carvers who painted extremely realistic and detailed carvings as well as traditional folk-art style carvings. I do like the charm of the old antique carvings the most though, such as those done by A. Elmer Crowell and the Ward Brothers. They are extremely charming and capture the true feeling of the bird through their painting rather than highly detailed carving.

I taught myself how to carve mostly through trial and error. Every new useful tool I got and every new technique I learned helped me become a better carver.  I had carved a few very unrefined birds in my teens but didn't really start this hobby until 2010 and have slowly improved my carving technique over time. My earlier carvings are very "boxy" looking and rough. I have never sold any of my birds and I usually just give them to family and friends for special occasions. 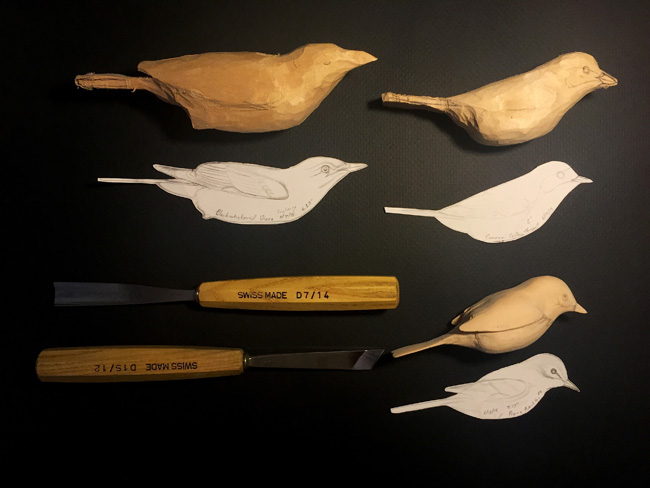 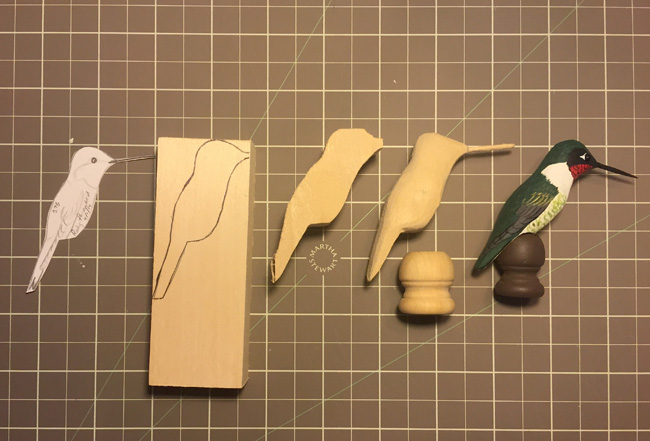 These two photographs above illustrate David's process, from drawing the template to carving and painting the final piece. 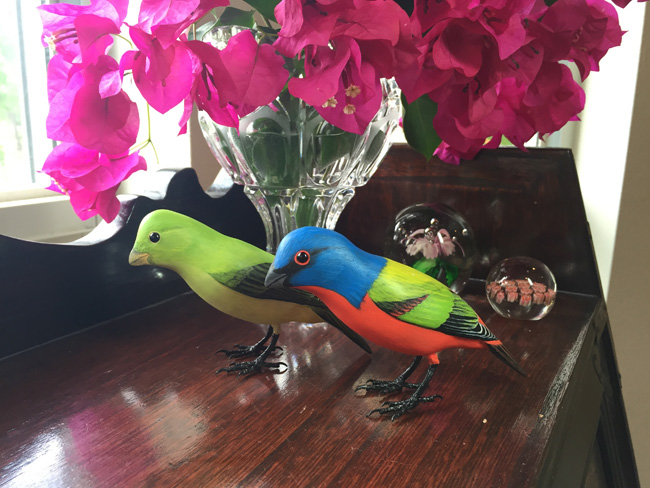 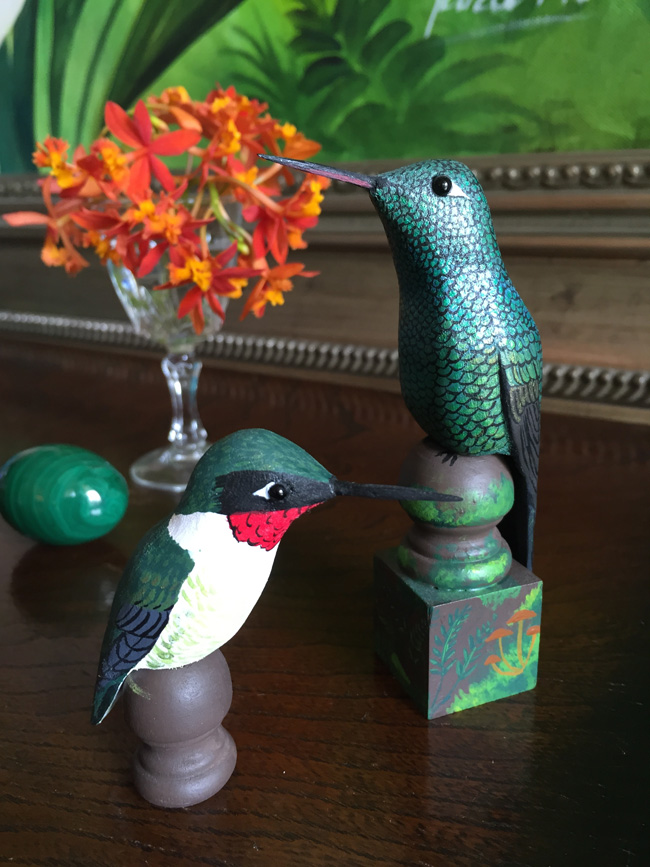 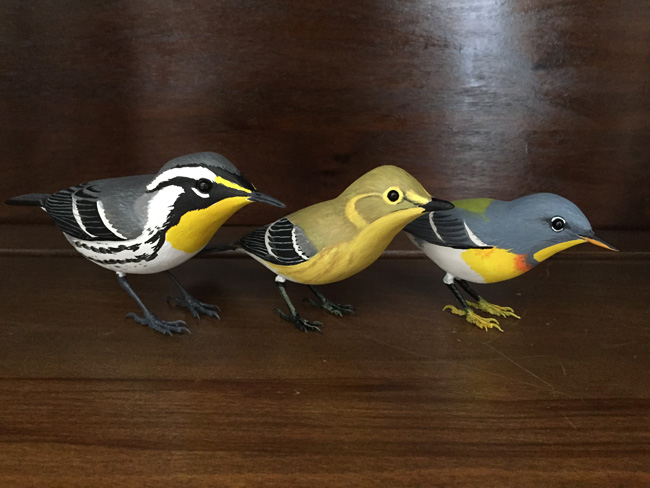 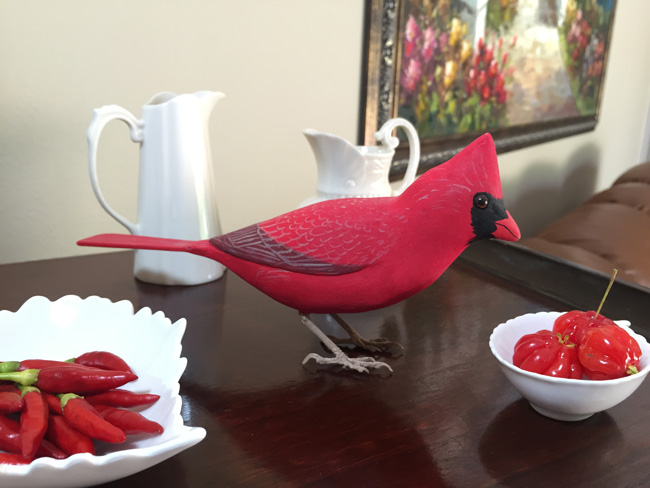 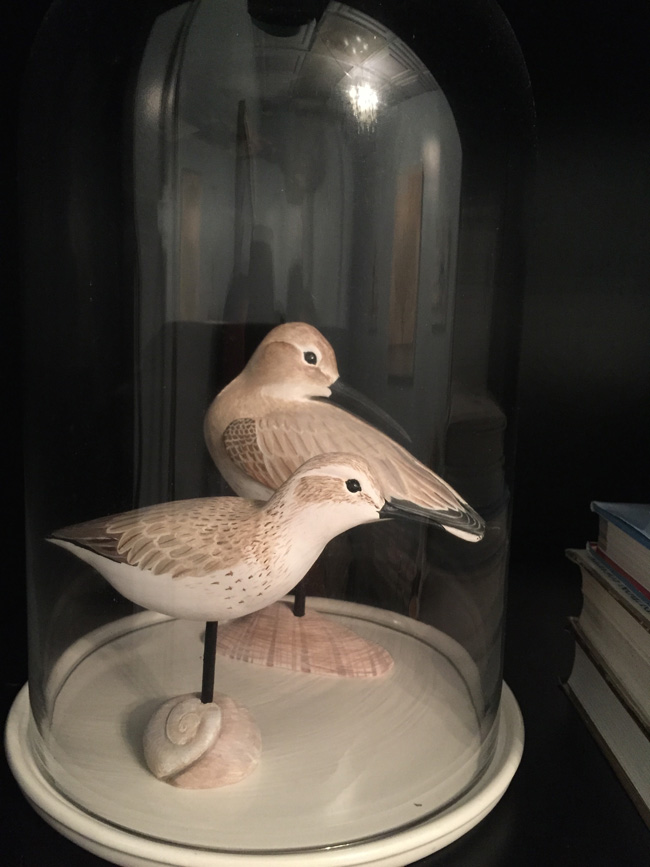 Western Sandpiper (front) and Dunlin (behind) on shell stands under a Martha Stewart Collection cloche. 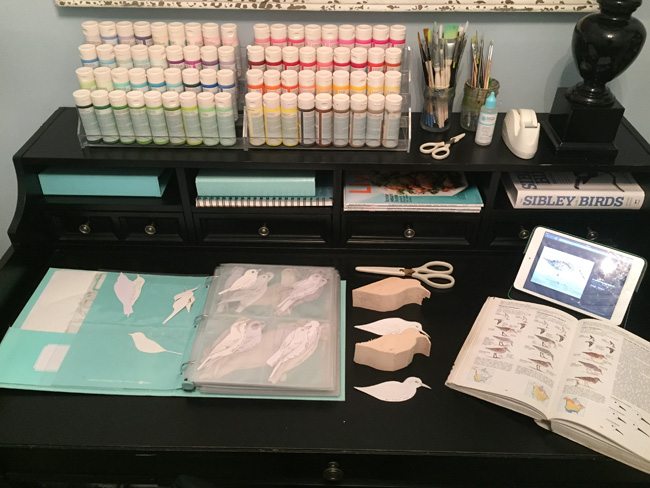 DAVID'S WORKSPACE:
David's workspace is very nicely organized. It contains all the necessary tools for his carving projects, including reference books and inspiration photography on his iPad. Notice the vast collection of Martha Stewart Crafts paints on the top shelf, Martha Stewart glue and the Martha Stewart Home Office binders and journals for storing templates and reference materials.

I like to used Martha Stewart Craft items for my artwork because of the high quality of the products and tools. Having the right tools for the job always makes it that much easier and that much more enjoyable so you can really focus on the art. The paint line has such a nice selection of colors, and especially colors found in nature, so its very easy to find the perfect shade. Sometimes I don't even need to mix colors and can use the paint straight out of the bottle. I also use her Martha Stewart Office supplies with Avery to store all the templates I draw in the very organizable pockets. The clear 14" Martha Stewart Crafts ruler, and various types of scissors from the craft line to accurately measure the templates and cut out detailed areas, like around the beaks. The other great thing about the craft items is that they coordinate so well with the other Martha Stewart lines. The other main items I use for carving are Swiss made Pfeil carving tools, and my Dremel rotary tool. The feet are usually made of cast pewter and the eyes are made of glass.
Posted by ANDREW RITCHIE at 11:42 AM

The hummingbirds are spectacular! While I consider myself somewhat of an artist - I do many different types of needlework plus quilting and sewing - this is REAL artistry. All of these carvings are very lifelike and I could see them complimenting any decor. Thank you for sharing this wonderful talent.

Pictures of this art that photographer captured are wonderful, too.