Martha Stewart Living Omnimedia posted its fourth-quarter and full-year earnings yesterday. While the company saw financial gains in several divisions in 2014, exceeding Wall St. expectations of the company's growth, MSLO posted an overall loss in revenue. Earnings fell to $41.4 million from $47.4 million the previous year. The company's stock rose as a result of the better-than-expected results. Dan Dienst, the Chief Executive Officer of MSLO, says that the company is moving forward with a series of "strategic and purposeful partnerships" in the coming year. 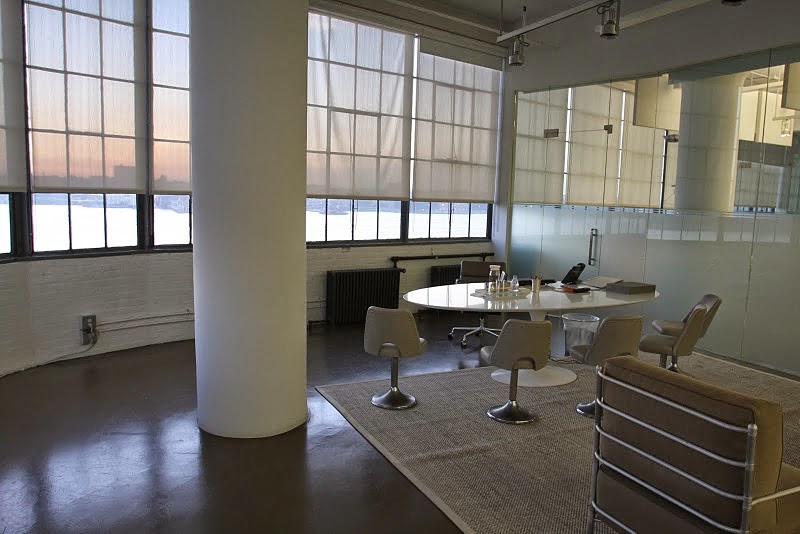 My friend Kenn, who co-moderates the Martha Moments Facebook Group with me, is an MSLO investor and took some notes for us about where the company is headed in the coming year. There are some very interesting points to note. Here are some of Kenn's observations:

One of the best bits of news from the conference call was the announcement that the company is working closely with Macy's to bring the Martha Stewart Collection brand of merchandise (kitchen, bedding, bath) to Canada. CEO Dan Dienst says the products will launch in Canada at Home Outfitters locations across Canada in the spring of 2016. Home Outfitters is a division of the Husdson's Bay Company, so some of the Hudson's Bay department stores may also carry the product line. (This is very exciting for me, as a Canadian!)

Dan Dienst reiterated Martha Stewart's recent assertions that the company's recognition factor and brand awareness is extremely high in burgeoning markets overseas, especially in Asia. The company intends to launch new product lines in Asian markets, as well as in Latin-American countries and in Australia. While it was not noted in the conference call, the company has registered the name "Bright Ideas for Living" for a new line of merchandise. It could be that this will be the name of the Martha Stewart brand that will launch overseas.

EXPANSION OF THE PETSMART LINE:

Watch for a new line of high-end pet accessories at PetSmart called "Best in Show" from the Martha Stewart Pets line.

MSLO has been challenged to focus on the lines that do the best at Home Depot, such as their kitchen and holiday lines. Expect to see a major expansion of a higher end holiday line in stores this year (perhaps something that isn't plastic?) and an expansion of the product offerings in Martha Stewart's kitchen designs. Martha Stewart will have an even larger brand footprint with the Home Decorators collection (a division of Home Depot) with new kitchen islands, expansion of craft/home office furniture lines as well as Halloween and Holiday products. Home Depot has dropped rights to the patio line and paint, so expect to see a re-launch of those lines with another retail partner in the near future. Given that Better Homes and Garden brand is owned by Meredith and sold at Walmart it's possible there could be a further agreement with Meredith for those two product categories at Walmart stores.

THE RELAUNCH OF THE HOME OFFICE LINE:

While there was no announcement regarding the relaunch of the Martha Stewart Home Office line, it was said that the company is "aggressively" looking for new partners to bring the line of office and organization goods back to consumers by the end of the year. Martha Stewart's partnership with Avery expired at the end of the last quarter.

THE MARTHA CAFÉ OPENS NEXT WEEK:

A new Martha-Stewart branded café will open at the MSLO headquarters in Chelsea next week. Dan Dienst says the signage and logo will be repurposed company logos but made in red, which Martha chose since it is the Chinese color traditionally associated with good fortune. Not much was said about the café during the conference call except that Martha personally selected the coffee brands and sourced all of the partners for the pastries and bakery items. Dienst did say that while there is a business model behind the concept, with the possibility for expansion of the Martha Café around the world (particularly in Asian markets) that it is currently a small-scale project designed to host patrons in the immediate area, with no current plans to expand beyond this one location.

I want MSOL to have success , but to be honest I just don't understand how the company can keep losing money 1/4 after after 1/4 and continue. As big a fan as I am I would be hard pressed to buy the stock.
APM

Very excited with Home Outfitters getting the Martha Stewart Collection. I have ordered some products from Macy's but can't get everything shipped to Canada and the price is higher. Will be nice to see everything in the store.

Just wish Martha would have more shows on PBS like a gardening show and holiday specials.

As an investor, I have full confidence that MSLO will return to profitability this year. There have been so many good changes this last year to 'right size' the company and focus on what they do best. I'm happy for you, Andrew, that the Martha Stewart Collection will soon be available at your fingertips!

Sounds amazing, best of luck to MSLO. I really wish that the global retail expansion included our region it will be a dream come true.