How To Roast Justin Bieber

By all accounts, Martha Stewart stole the show at the all-star Comedy Central Roast of Justin Bieber on Saturday night. She not only endured many unprintable put-downs from fellow roasters, including Kevin Hart, Snoop Dogg and Jeffrey Ross, but she completely nailed the most memorable roast of the night. From offering tips on how Justin could survive his "inevitable" stint in prison to suggesting she might be the perfect sugar mama for the Canadian superstar, Martha was on point! Click here for a preview of some of Martha's wild remarks and be sure to tune in to Comedy Central on March 30th when the roast will air. 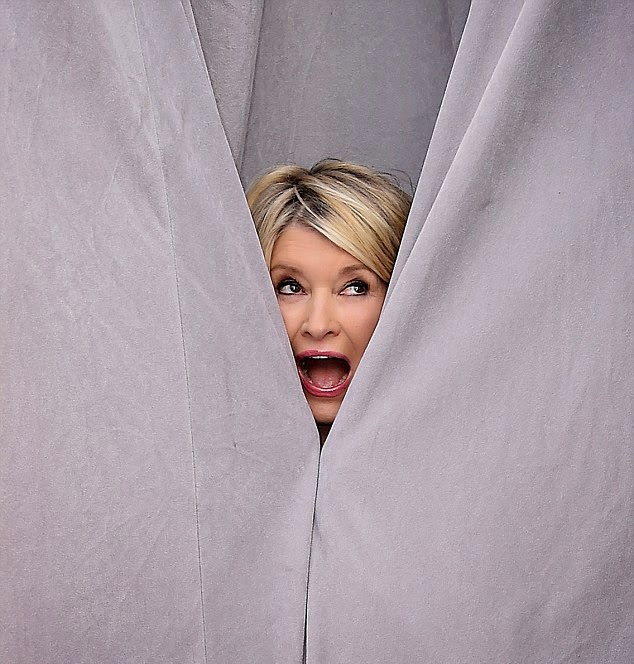 On her way into the studio, Martha coyly retreated behind a curtain only to reappear in "Heeeere's Johnny" fashion. (Wire Image) 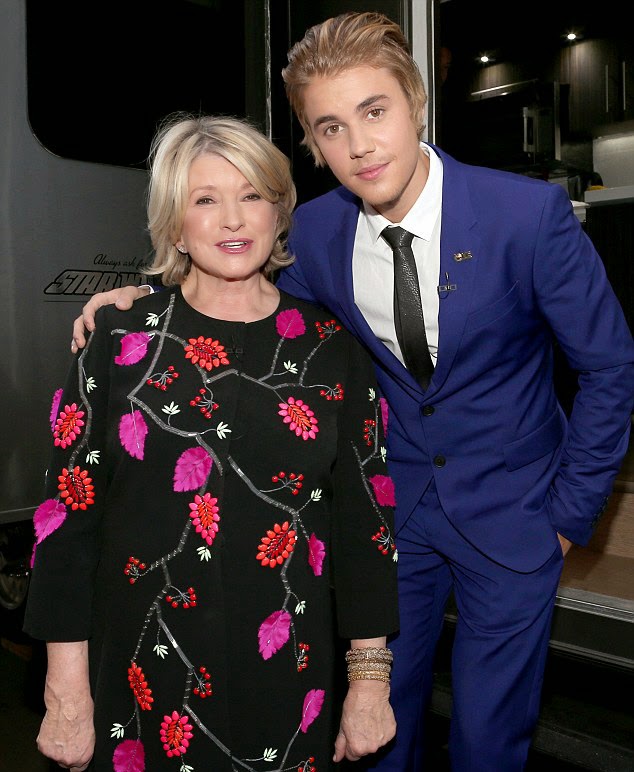 Martha, wearing a dress by Andrew Gn, poses with Justin outside his trailer before the roast. Martha is a big fan of Beiber's and was very excited when he gave her an autographed 8x10 glossy after the show! (Getty Image)
Posted by ANDREW RITCHIE at 7:43 AM

Honestly, she is a determined woman. She wants to be a talk show host, am I wrong or at least a fixture, regular guest, guest host. She is a version of Helen Gurley Brown remember her, sure you do. Anyway, Why is the Bebes so much taller than MS, is she shrinking? I have no doubt where Alexis learned her manner of discussing topics.

The photo is misleading. He's standing on the steps to his trailer. I would say she is likely taller than he is.