Last February, it was announced that Martha had partnered with Canadian seafood giant Cooke's True North to launch a line of four seafood entrées, including Atlantic and sockeye salmon, Alaska pollock and a seafood medley. Each entrée comes with Martha's signature seafood spices and herb butters. The line now has fairly wide distribution through Amazon.com and various retailers around the United States. Click here to learn more about the selection and where it can be purchased.

Consumer reviews on Amazon are strong. The online retailer is currently selling four entrées in one package for $75: a very good price for such prime fillets. The package includes two trays each of the sockeye and Atlantic salmon. All of the fish in these entrées was farm-raised in U.S. waters at True North's state-of-the-art fisheries. 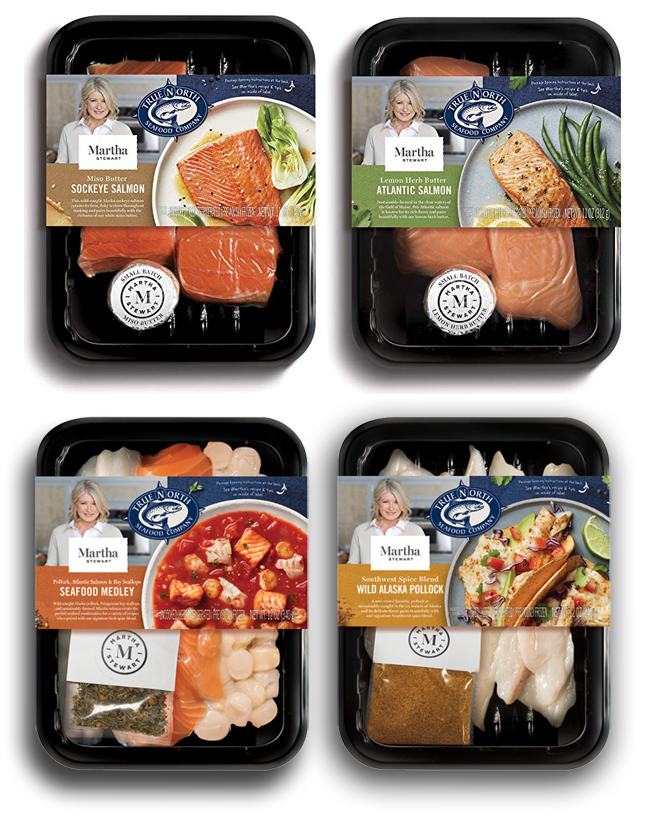 Posted by ANDREW RITCHIE at 4:23 PM