Martha to Star on "Chopped"

Several years ago, Martha Stewart appeared as a guest judge on Food Network's "Chopped Junior" television show, weighing in on how well the pre-adolescent contestants were able to whip up culinary creations using unusual ingredients. In the next season of "Chopped" (the grown-up version!) Martha has signed on to be a regular judge and will appear in each episode, taste-testing the final dishes and proclaiming whether they are or are not "a Good Thing." 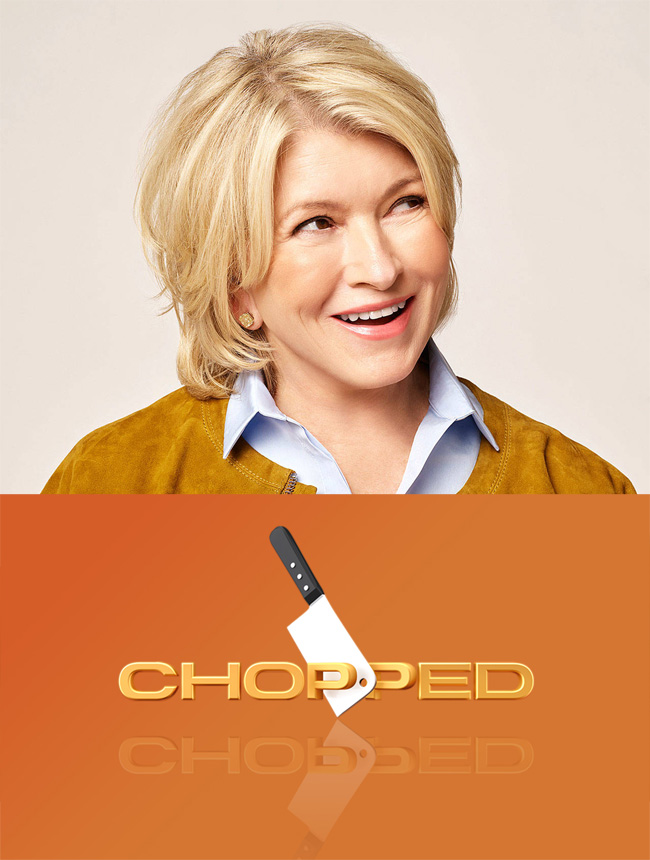 I've never watched the show, but it seems like an interesting premise. The reality-based game show pits four chefs against each other in three challenges per episode; the aim is to make something fabulous out of a basket of surprise ingredients under the pressure of a countdown. Once complete, a panel of judges (this is where Martha will come in) tastes the dish and remarks on its success or failure. After a consensus is reached by the judges, one of the contestants is "chopped" - removed from the competition - with no winnings. The winning contestant receives $10,000, plus any bonus winnings earned during special rounds of the challenges throughout the series.

Martha is the most well-known host to have graced the judge's panel, aside from Chef Geoffrey Zakarian (a personal friend of Martha's) and cookbook author and restauranteur Chris Santos. Click here to learn more about the show.
Posted by ANDREW RITCHIE at 8:33 AM