If you're a cookie monster, as I am, then this ninth season of Martha Bakes on PBS is the one for you. Martha will be making cookies from around the world with guest experts to help her along the way. This season was filmed at Martha's Maple Avenue kitchen at her home in Bedford, New York. To promote the show, Martha hosted a Facebook Live video where she made two of the cookies featured on the program. Be sure to check your local PBS listings to find out when Martha Bakes airs in your area. 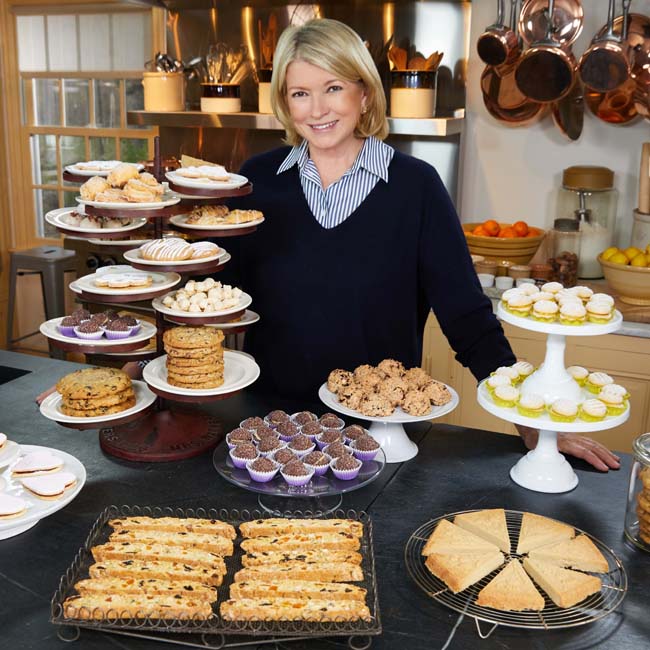 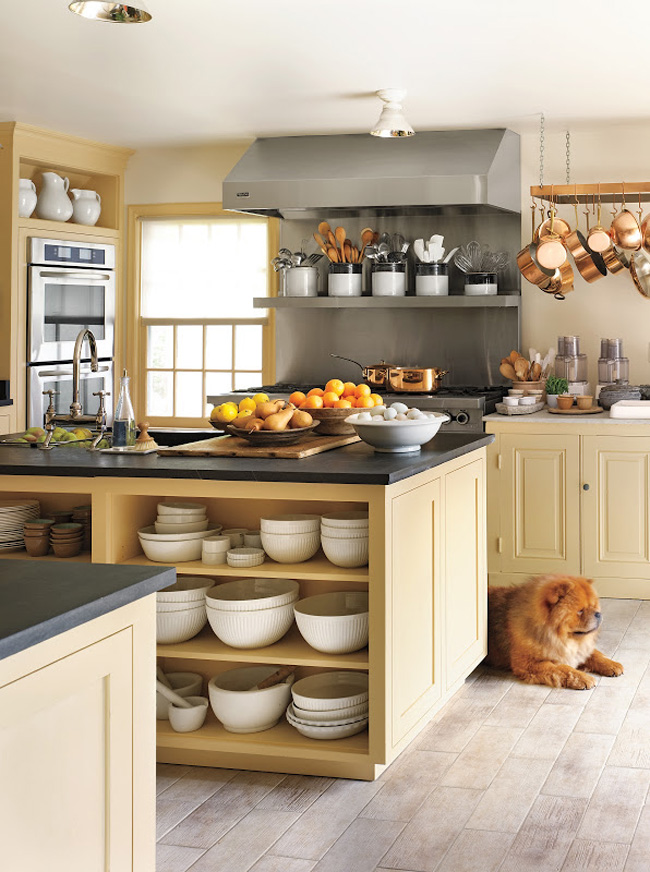 This season of Martha Bakes was filmed in Martha's Maple Avenue kitchen - one of several kitchens at her home in Bedford, New York. 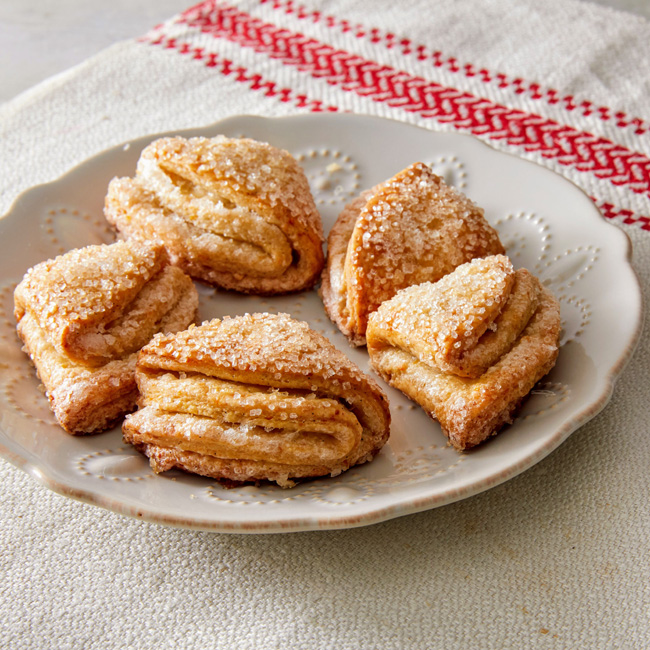 These Russian cookies are called Gusinie Lapki (this translates to "goose feet" in English) - a delectable, flaky cookie that resembles the webbed feet of geese. 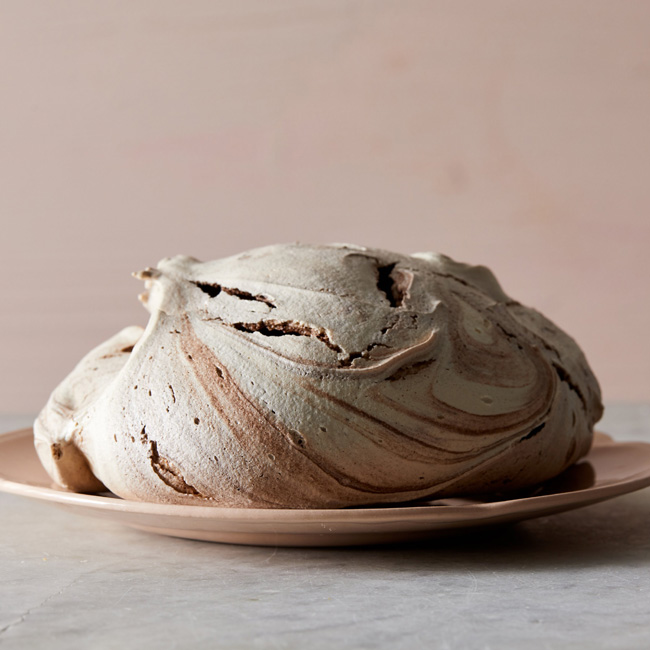 One of the best-known French cookies is the Meringue. This one is infused with chocolate. 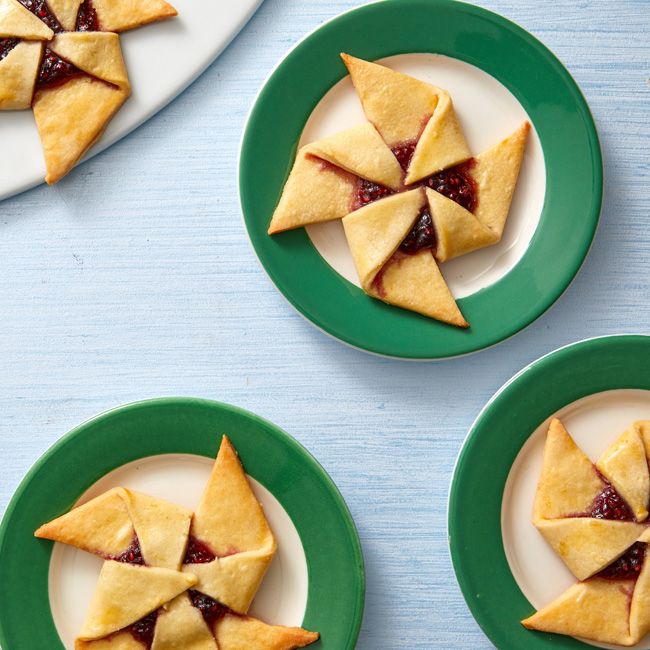 In Finland, these Cream Cheese Star Cookies are popular during the winter holidays. 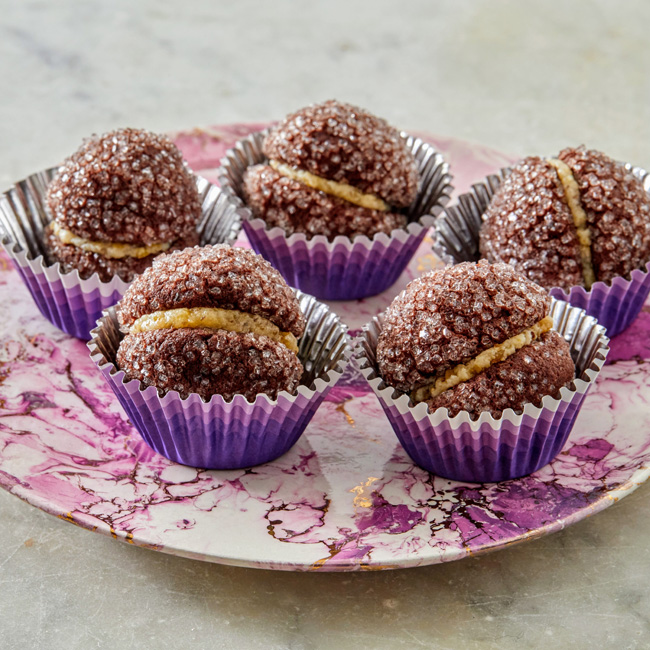 These are Baci di Dama (Ladies Kisses) from Italy and are made by fusing two chocolate cookies together with a dollop of delicious chestnut frosting.

Posted by ANDREW RITCHIE at 9:44 AM

Even as a non baker I forward to the new season of Martha Bakes ( all those very tasty looking/presenting of confections).
On a separate note and in line with your conversation of Ms Stewart's Bedford home design, the kitchen used in for Martha Bakes is a very warm and inviting and, to me, more attractive then the kitchen in the main house. As mentioned in her blog today (2-2-18) Anduin was in charge of the styling for the shoot and she did an excelent conveying "home".
APM

I love the Maple Avenue kitchen. I agree it is very warm and welcoming. Almost has a country kitchen feel while still modern and streamlined. If I could snap my fingers and turn the kitchen at my house into this one, I'd be thrilled beyond words! Love the warm golden tones--I think this is the color Martha calls 'Fortune Cookie'.

John and Andrew, Martha sells a version of this kitchen at the Home Depot. It's called Maidstone. :-)