The January, 2018, issue of Gardens Illustrated, a British publication, featured the gardens of Cantitoe Farm, Martha's home in Bedford, New York. The photographs by Claire Takacs are sumptuous and lush, taken last spring at Martha's home. The article was penned by Martha's longtime friend Dan Hinkley, a Seattle-based plantsman who curates Heronswood, a nursery and private garden on the west coast. Below are some of the photographs. Congratulations to Martha and her head gardener, Ryan McCallister, for achieving such a magnificent garden. Click here to read some of Martha's personal tips for a successful garden. 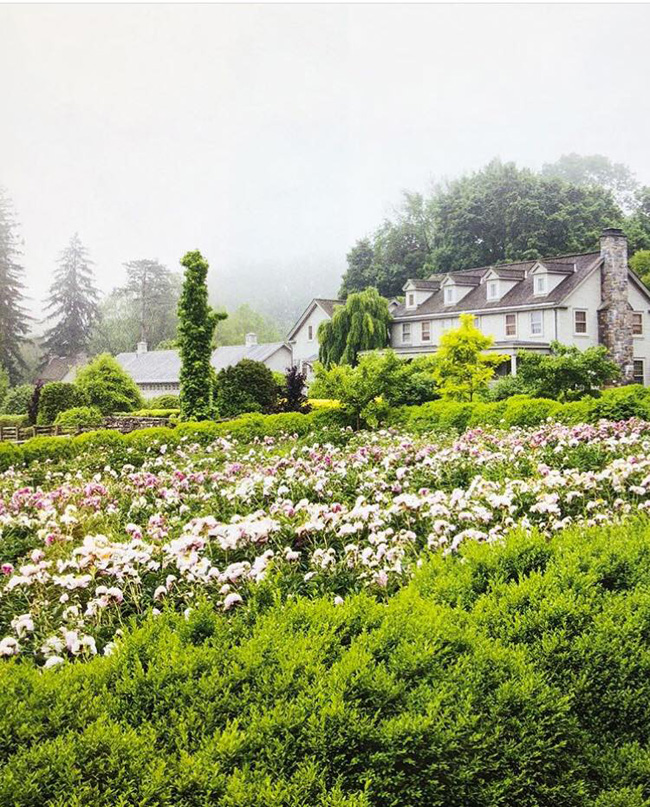 Martha's peony garden takes the foreground in this beautiful shot by Claire Takacs. 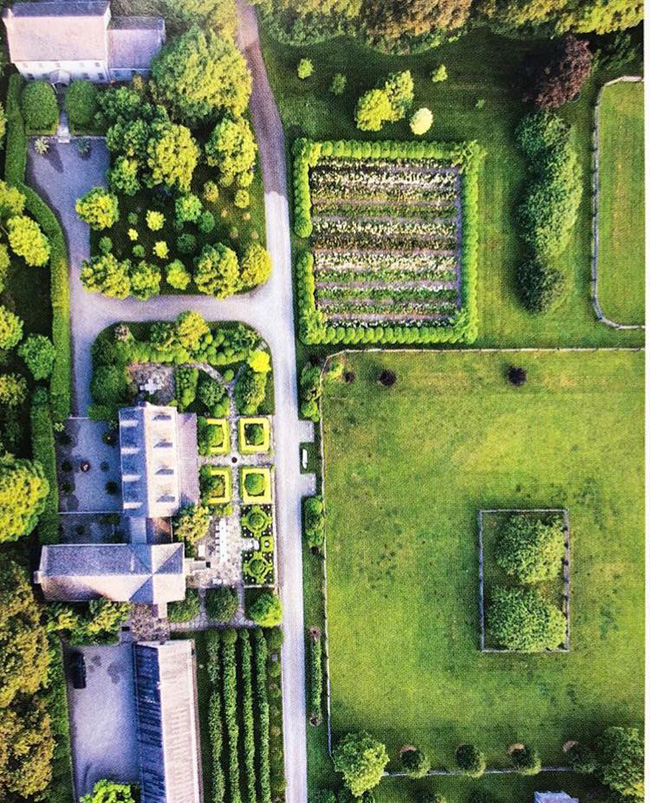 An aerial view of the garden reveals the careful planning that went into the landscape design. 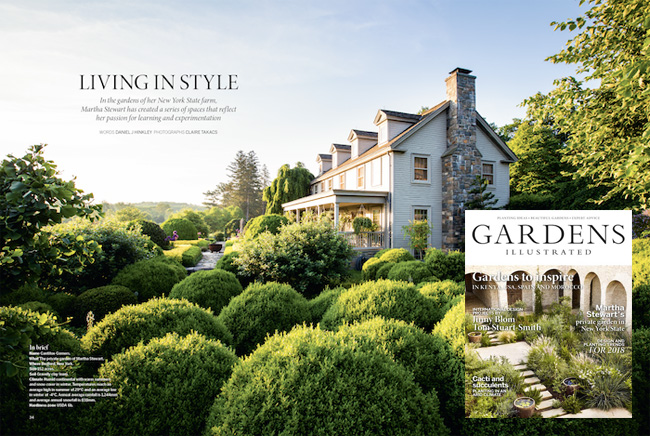 The issue is likely still on newsstands in many North American cities. Retailers that focus on international publications generally receive issues from abroad about a month after its initial publication. Keep your eyes peeled! If you don't find it, you can order it as a back issue from gardensillustrated.com
Posted by ANDREW RITCHIE at 9:51 AM

Thank you so much for the beautiful comments
Much love xx