Like Martha, I was never an aficionado of the slow cooker. There are a few reasons: I don't have a big family to cook for and the large quantities can sometimes seem daunting; I often find the flavours in slow-cooker recipes to be bland and/or soggy; I don't have space in my kitchen to store a slow cooker; I quite like getting up close and personal with the food I eat and I like to watch it cook - a bit hard to do for eight hours while you're at work. But this book might change all that for me. (Except the storage part... I would need to clear a cupboard to accommodate a slow cooker!) The book offers so many innovative and interesting recipes that it's hard not to want to experiment with a slow-cooker. 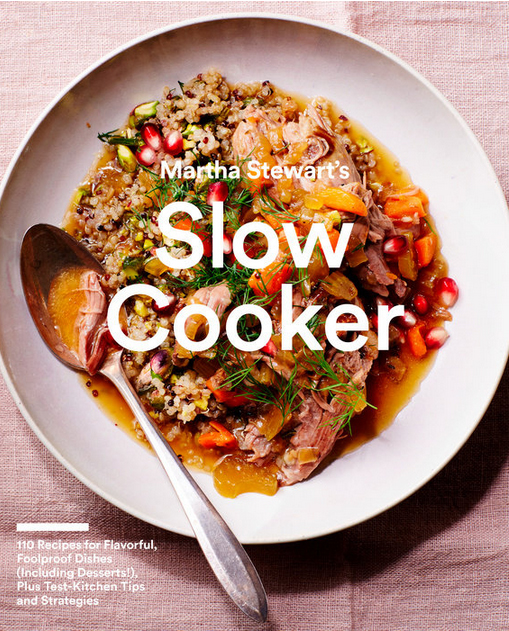 What most intrigues me about the book is its versatility and the really creative recipes it contains: Vietnamese pork ribs, duck confit, duck tacos, cinnamon buns, creme brulee, sticky toffee pudding, cheesecake! As Martha has said, this book 'raises the bar' on slow-cooker recipes and expands the device's capabilities and versatility by introducing new techniques and new recipes that other slow-cooker books simply don't deliver. It is Martha Stewart's Slow Cooker.

I am fully aware - just as Martha is - that there are thousands and thousands of people who swear by slow-cooker meals and count on them every single week to meet their family's needs: moms and dads with bigger kitchens and pantries than mine; moms with mouths to feed; busy professionals who like to make a week's worth of meals in one eight-hour slow-cooking extravaganza!

Indeed, Martha sold 27,000 copies of the book in under 20 minutes during her appearance on QVC two weeks ago and it is now also a bestseller on Amazon. According to Consumer Reports, 80% of all American households own a slow cooker; there is definitely a market for this book!

The book itself is gorgeous, similar in size and style to Martha's previous book, A New Way to Bake. There are 110 recipes, each with its own full-page colour photograph to illustrate the end result.

I'm not sure I want to invest in a slow cooker just yet, but for those of you have one - or are interested in getting one - then I think this book will really help to expand your repertoire of recipes and techniques. Here are some of the recipes included in the book: 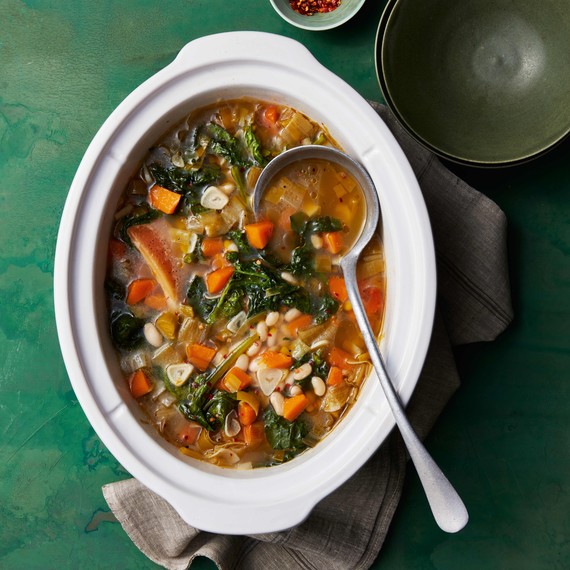 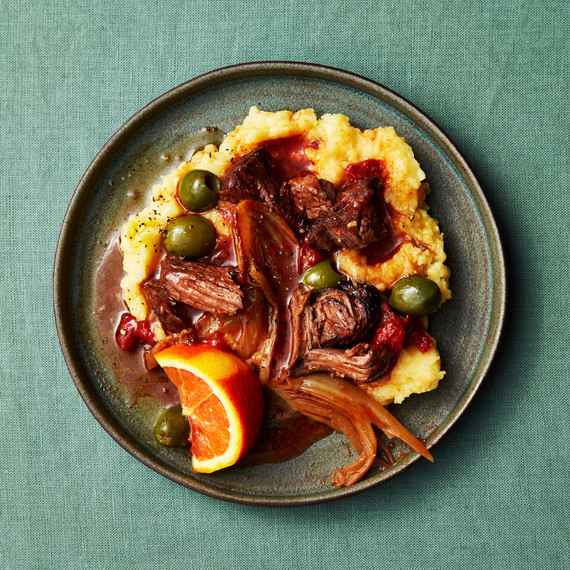 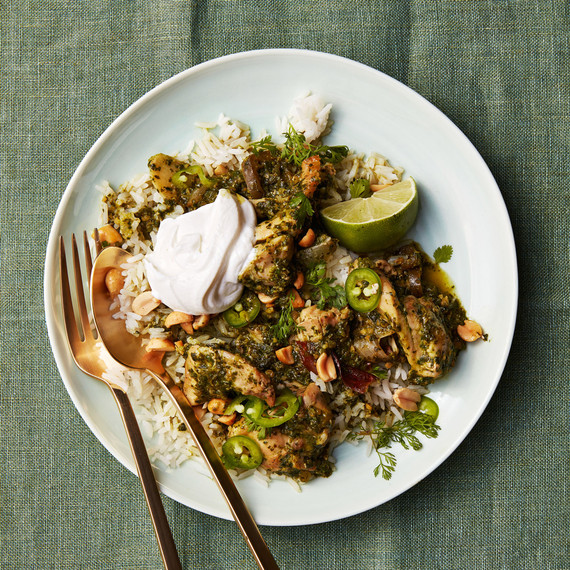 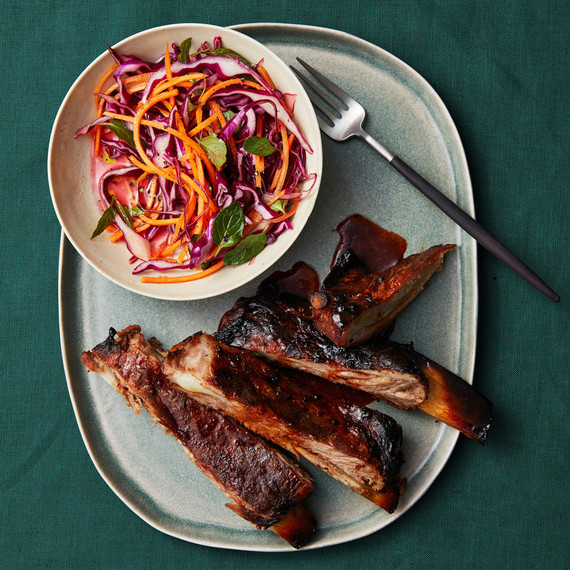 Here is a Facebook Live video of Martha preparing four of the recipes from the book. In the video she says we should keep our eyes peeled for a Martha Stewart-designed slow cooker in the future: "one that will look good in the kitchen!"


Below are three of the top-rated slow cookers on the market today. I am by no means a slow cooker expert, but I selected them based on the number of excellent reviews they received from purchasers on various online shopping venues, including Amazon.com and QVC.com. 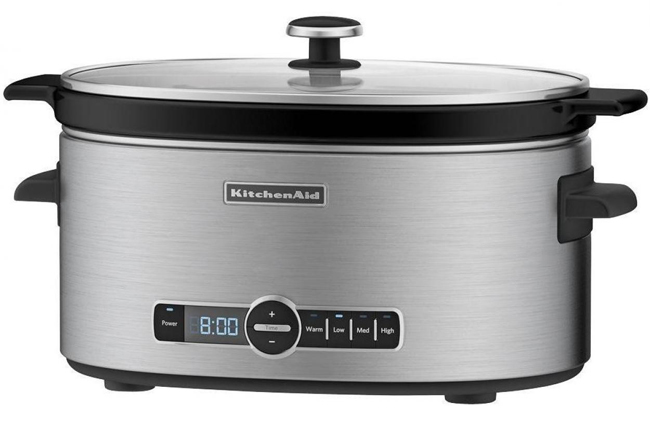 This Kitchenaid model received hundreds of five-star reviews from customers on Amazon and QVC. It's your basic, 6-quart model that can pretty much do anything you need a slow cooker to do. Click here to read about it. The Ninja Cooking System was the top pick on Bestreviews.com. The website also reviews four other models. With one pot and four cooking options (stove top, slow cook, oven and steam) it allows you to do everything, from braise to bake. Click here to read about this top-rated model. 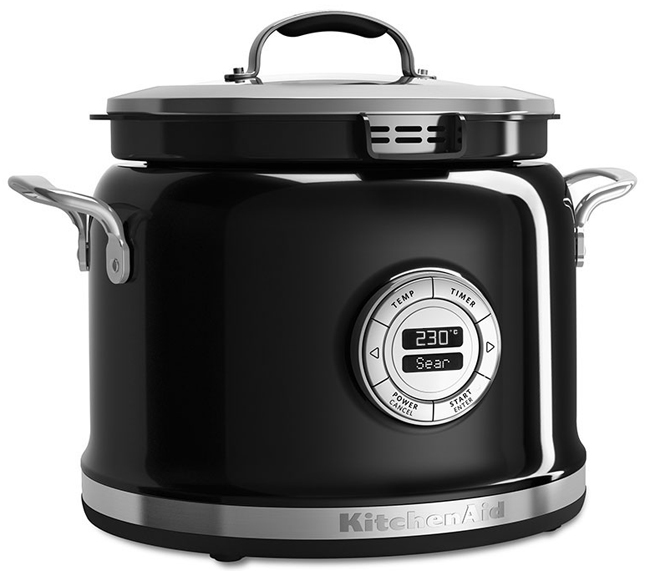 Worried about your food congealing or getting stuck together in the slow cooker? The addition of a stir tower makes this Kitchenaid model extra useful. It's also a very nice design, in my opinion. Click here to read about it.

Want to learn more about slow cookers? Click here for a brief history of the Crock Pot and its slow-cooker brethren!
Posted by ANDREW RITCHIE at 1:45 PM