I love hearing stories of people who connect through Martha Moments. It gives me so much joy to know that a small community of like-minded people is forming and becoming friends because of this blog and its affiliated Facebook group.

Recently, two members of the Martha Moments Facebook group met up for a summer picnic and had a great time getting to know each other. Here's how they met: Dennis Landon and Judy Silverman Presley live three hours apart from each other: Dennis in Madison, Wisconsin and Judy in Davenport, Iowa. It was when Judy contacted Dennis about helping her track down a Martha-green Kitchen-Aid mixer about six months ago that the friendship began. She had read a post that Dennis had written for the group about touring the Kitchen-Aid factory and Judy thought perhaps he would have some good leads. While securing the mixer never panned out, the friendship did.

This past weekend, the two of them got together in Galena, Illinois (the halfway point) for an alfresco meal by the river. Judy's son Jeffrey and his husband Rob also attended. It was all a surprise for Judy and the gang; they had anticipated a restaurant meal but Dennis surprised them with the picnic. He made all the food and went all out, even bringing a bouquet of pink hydrangeas from his garden for the centerpiece. The spread was all in blues and indigo, set up in the shade under a tree overlooking the river and the town beyond. Below are some photos from the picnic. 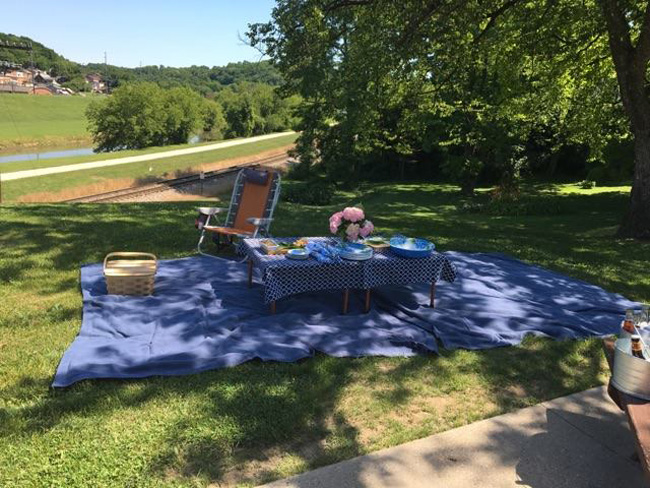 A perfect spot to set up! 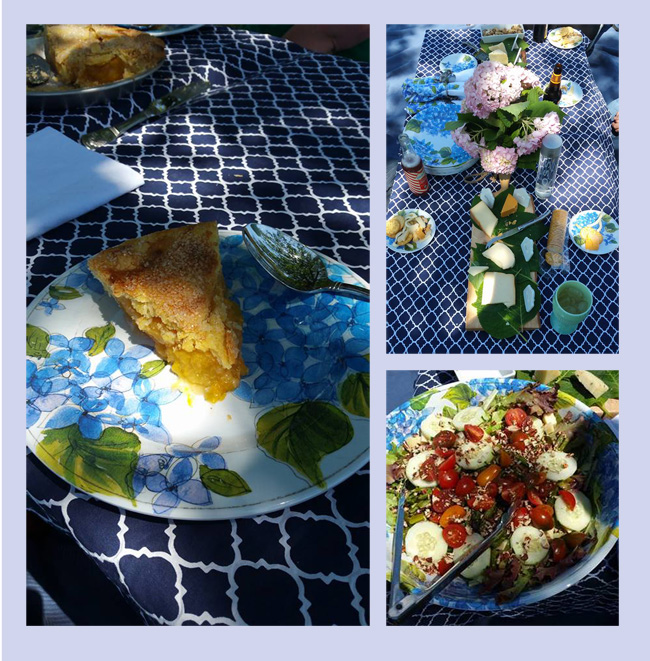 The picnic began with a cheese course, followed by a salad and a delicious tomato tart, shown below. I love the cool blue setting and the way the hydrangeas echo the pattern on the melamine plates, which Dennis purchased at Sur La Table. 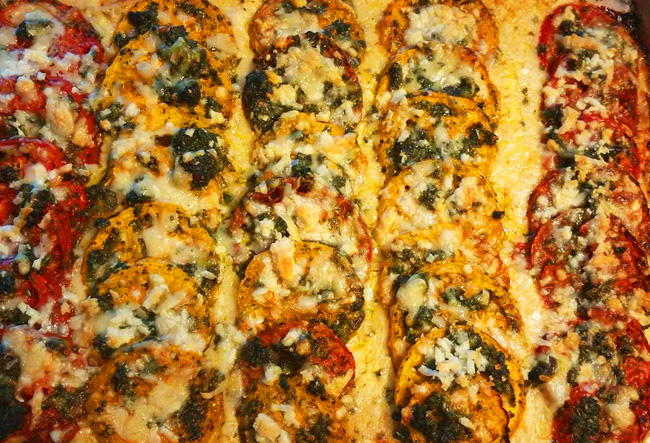 Dennis made this delicious-looking tomato tart: one of Ina Garten's recipes. 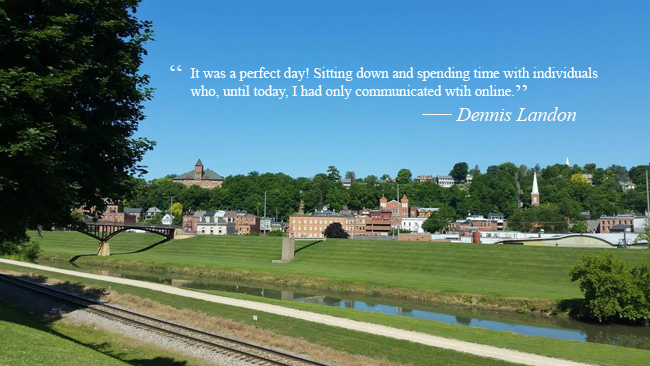 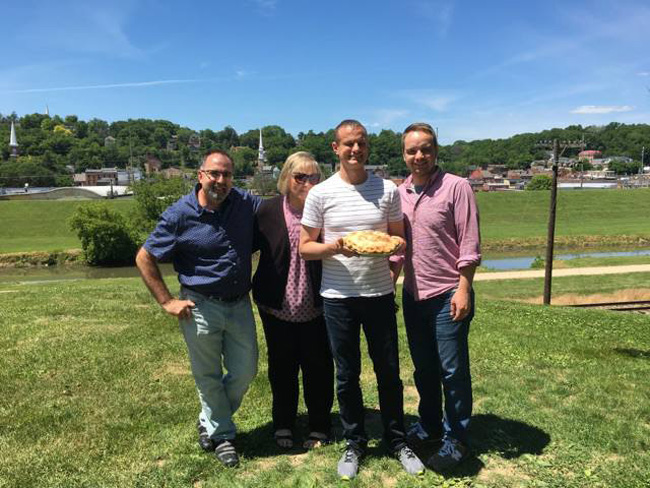 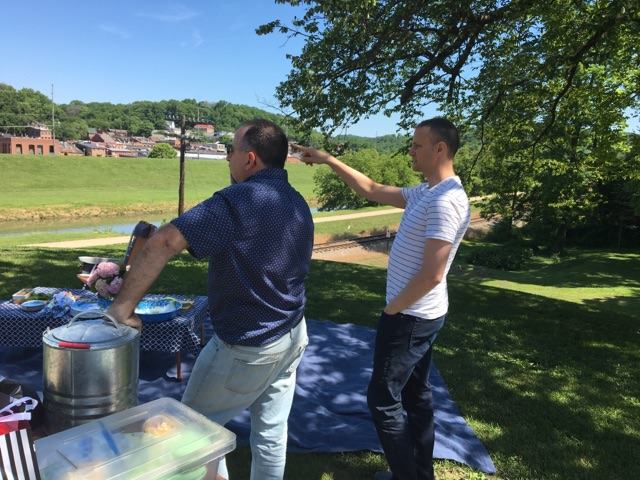 Dennis and Jeffrey discuss some of the landmarks across the river. 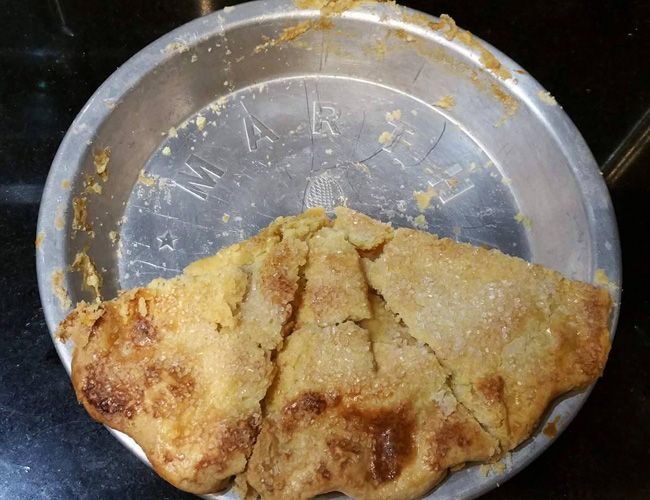 A double-crust peach pie for dessert, baked in a Martha by Mail pie tin, of course! The recipe is from the New York Times Dessert Cookbook.

I think Martha would be pretty proud of this! I sure am!
Posted by ANDREW RITCHIE at 8:15 AM