For the fifth season of Martha Stewart's Cooking School (can you believe it's been five years since its debut?) Martha will explore the rich and vibrant cuisine of the Arabian Gulf region. Over 13 episodes, Martha will make more than 50 delectable dishes, each one revealing fresh flavour combinations and inventive techniques.

Martha was inspired by a friend of hers from the region, Youssef El-Deeb, who suggested that Martha devote a season of Cooking School to the wonderful flavours of this region. The aim is to make them accessible to American audiences by making the recipes a bit lighter, a bit healthier and a bit less caloric. 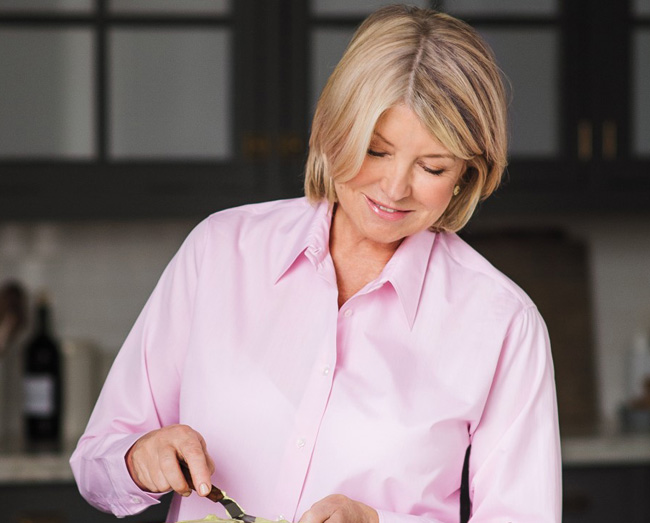 It was Martha's travels to the Middle East a few years ago, however, that really made her fall in love with the foods from this region. "I traveled to Dubai to launch our Weddings magazine there," she writes in her column in the May issue of Martha Stewart Living. "It was my very first visit to that part of the world, and I was enchanted with the desert, the markets, the hustle and bustle of the fast-growing cities and towns - the intense activity everywhere."

After about twelve weeks developing recipes with a group of her food editors, a final tally of 52 dishes was conceived, all of which will be demonstrated over 13 episodes on the new season of Cooking School, which airs tomorrow on PBS stations across the United States. Click here for local listings and more information about the program. 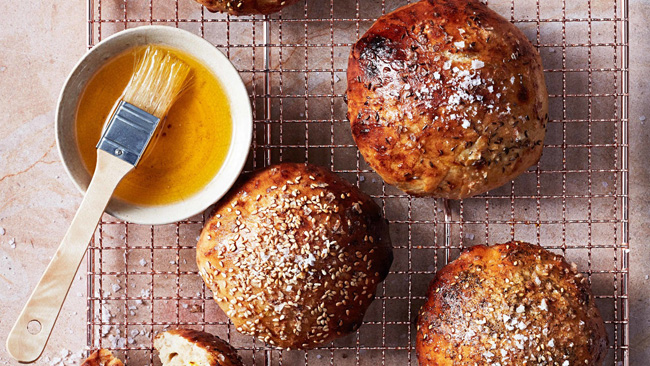 Among the recipes is khameer (shown above), a tasty breakfast bread made with dates. Click here for the recipe. As someone who has Lebanese ancestry, I'm bound to love this season! I hope you'll tune in!
Posted by ANDREW RITCHIE at 3:00 PM

This sounds really exciting. Leave it to Martha to keep finding new things to teach us.
Cheers, Vicki (from Alaska)

I love the look of the recipes. I'm part Lebanese so many of these foods and ingredients are familiar to me. I'm looking forward to Martha's take on them.

I agree with you Andrew, I also love this, amazing recipes from the gulf and Middle East.