At the end of March, Martha's company will release its 88th book! It is a baking book called "A New Way to Bake" that features 130 recipes that use better-for-you ingredients without sacrificing the taste. It will be released on March 28th, but you can pre-order it now on Amazon. See below for the description. 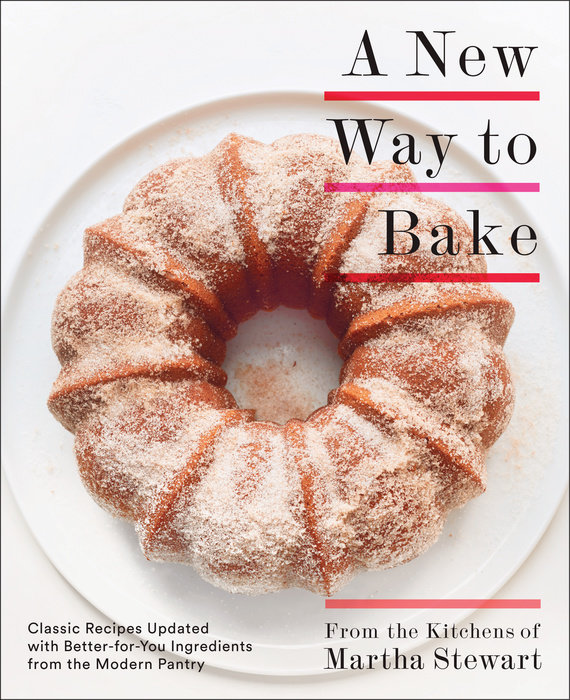 Here is the go-to cookbook that definitively ushers the baking pantry beyond white flour and sugar to include natural sweeteners, whole-grain flours, and other better-for-you—and delicious—ingredients. The editors at Martha Stewart Living have explored the distinctive flavors and alluring textures of these healthful foods, and this book shares their very best results.
A New Way to Bake has 130 foolproof recipes that showcase the many ways these newly accessible ingredients can transform traditional cookies, pies, cakes, breads, and more. Chocolate chip cookies gain greater depth with earthy farro flour, pancakes become protein powerhouses when made with quinoa, and lemon squares get a wonderfully crumbly crust and subtle nutty flavor thanks to coconut oil. Superfoods are right at home in these baked goods; granola has a dose of crunchy chia seeds, and gluten-free brownies have an extra chocolaty punch from cocoa nibs.
With a DIY section for making your own nut butter, yogurt, coconut milk, and other basics, and more than 150 photographs, including step-by-step how-to images, A New Way to Bake is the next-generation home-baking bible.

Unknown said...
This comment has been removed by the author.
January 09, 2017

Unknown said...
This comment has been removed by the author.
January 09, 2017

Hi Jason, Thanks for commenting! Yes, I did hear about the Slow Cooker book. (I'm waiting for the cover to be available before I post anything about it, though.) When Martha says she has released 88 books, she is counting the books that have also been released in other languages and/or second/third editions of the same books. That is why in the blog post you highlighted I preface it with my disclaimer that my list does not count those foreign-language editions or second/third editions of the same titles. So, yes, technically, it is her 78th ORIGINAL book.

Unknown said...
This comment has been removed by the author.
January 27, 2017