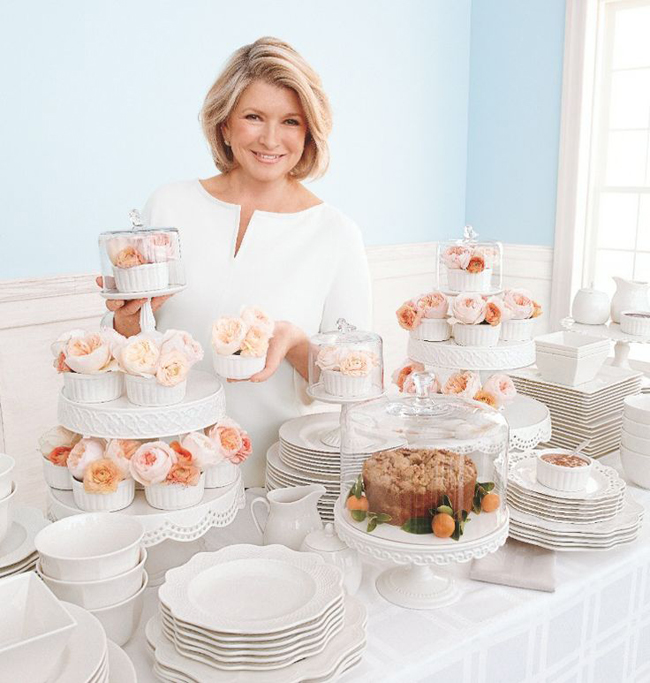 The new line of merchandise was conceived by Martha's team of designers, led by then merchandising director Robin Marino (Kevin Sharkey and Patsy Pollock are the current merchandising directors) and featured products for all areas of the home: bath and bedding linens, kitchenware, bakeware, serveware, dinnerware and various holiday collections. It was designed to meet the needs of the Martha by Mail consumer, who wanted quality, boutique items as well as attract the Kmart shopper who wanted good design for low cost. The price points for the new products were lower than Martha by Mail items but were more costly than items found at Kmart - but all were beautiful! 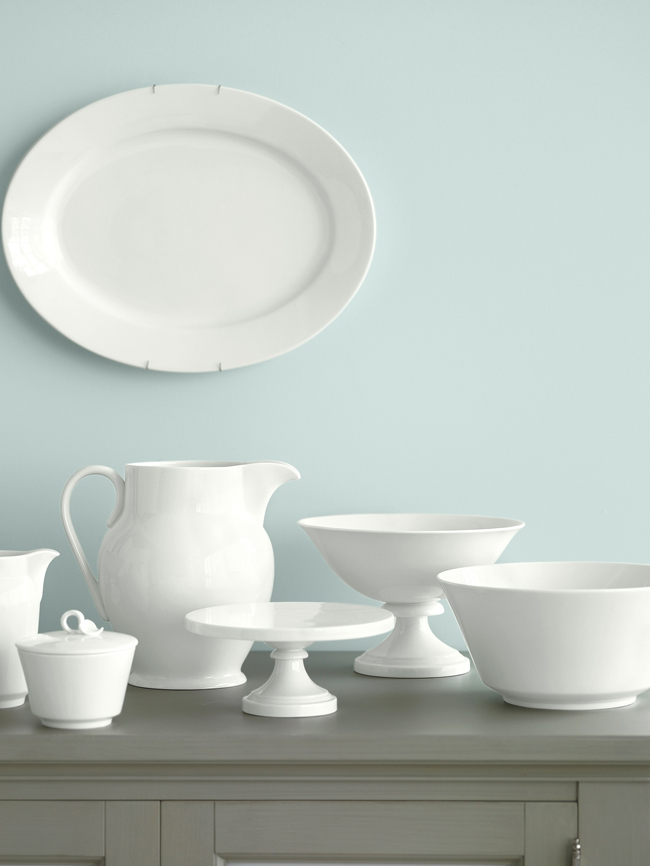 Martha re-introduced a line of classic whiteware through the Martha Stewart Collection.

Tim Adams, the chairman and CEO of Macy's Home Store had this to say at the launch: "The new Martha Stewart Collection takes Macy's home assortment to a new level of interest and relevance for our customer - supported by an editorial voice that is one of the world's most-recognized authorities on home decorating, cooking and entertaining. In the spirit of Martha's own love of collecting, the new product at Macy's is an authentic expression of the Martha Stewart perspective, articulated throughout the collection with personal inspirations like design references from her antique linen collection to new interpretations of faux bois. The Martha Stewart Collection at Macy's is a true reflection of her magazines and the product in the original Martha by Mail Catalog coming to life in our stores."

Macy's excitement was mirrored by fans who were thrilled to have access to an entirely new line of Martha Stewart products. 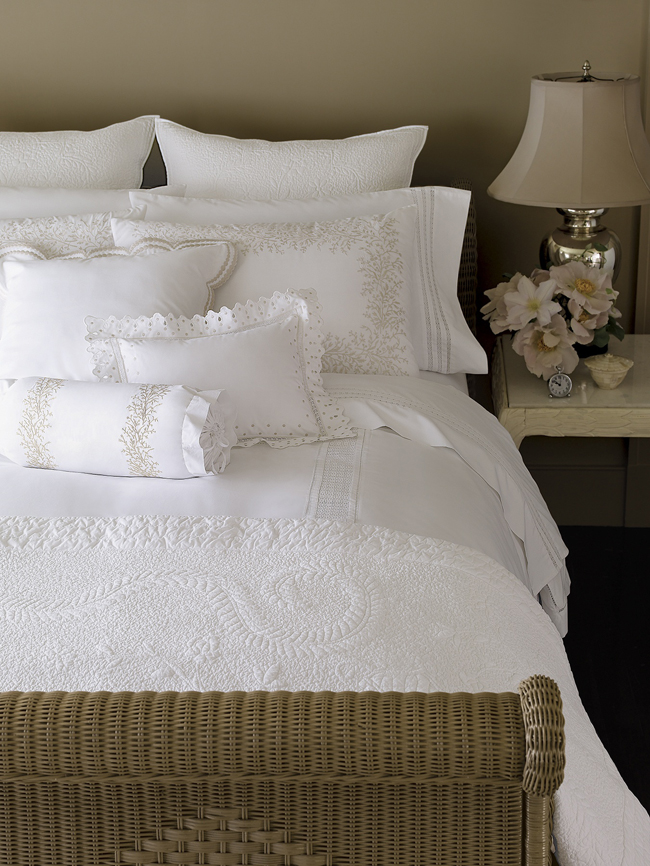 Trousseau bedding was a beautiful addition to the collection.

While there may have been a hiccup or two along the way (such as a legal feud between MSLO, Macy's and JC Penney) the collection remains Martha's top-selling merchandising brand, sold at Macy's stores around the United States. Over the last 25 years of business, the Martha Stewart Collection is one development that fans are especially grateful for! Below are more highlights from the collection. 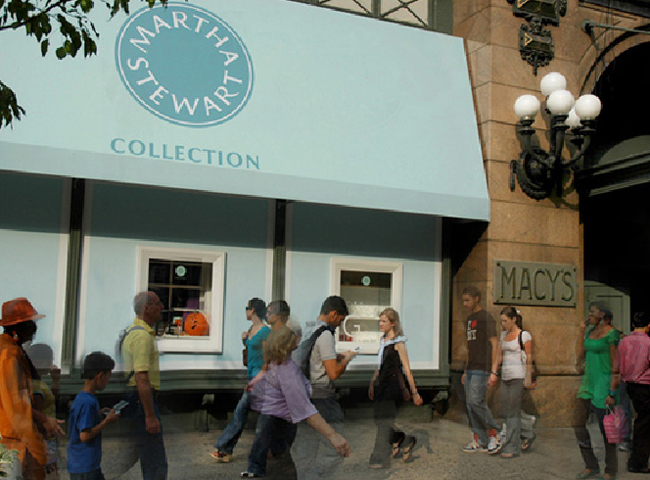 To celebrate the launch of the new line, Macy's gave Martha all of the window space on the ground level of its flagship store in Manhattan. The awnings were emblazoned with the new Martha Stewart Collection logo. 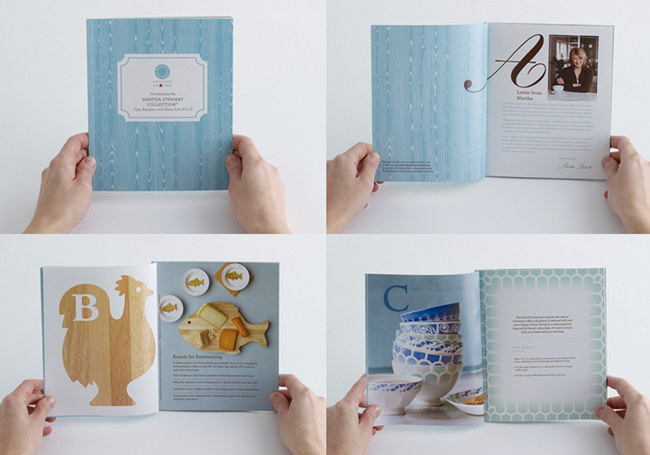 This is a rare Martha Stewart Collection catalog with an A - Z look at some of the first products that were launched. I am very lucky to have a copy! 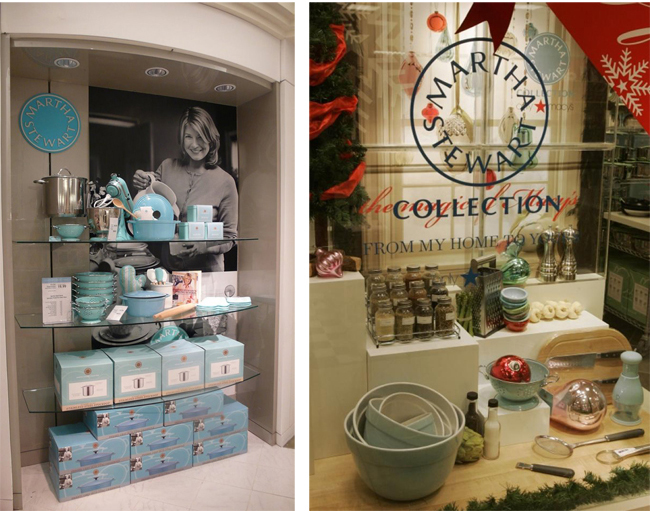 The in-store and window displays have all the Martha Stewart hallmarks: light blues and soothing greens with a focus on organization and homeyness. 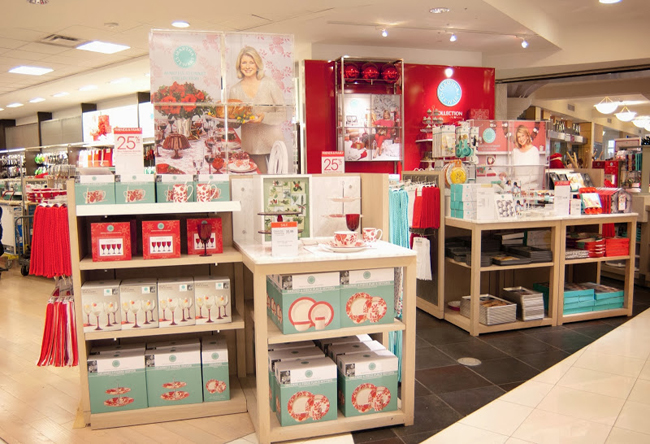 Martha has small boutiques within the various home departments throughout the Macy's stores. This is Martha's section in the kitchen department. 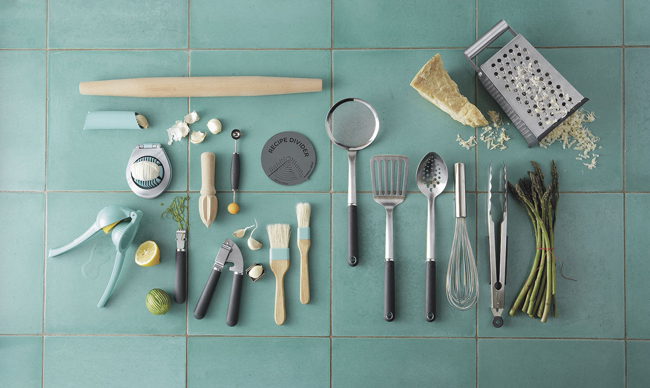 The kitchen products Martha designed for the collection are useful, practical and beautiful. 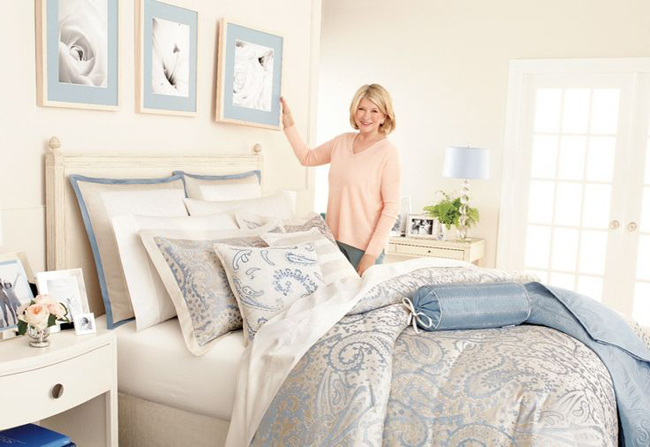 The bedding collections are among the most popular. 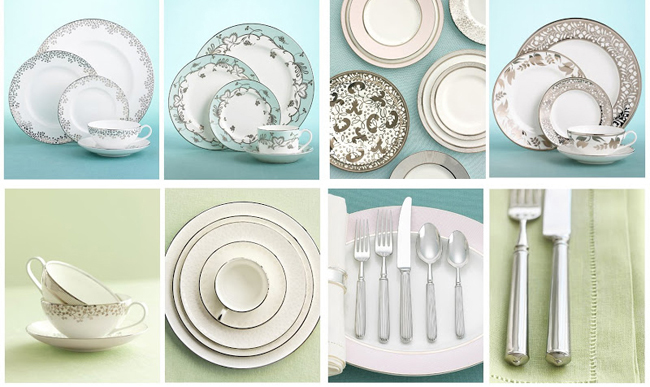 In 2008, Martha renewed a licensing agreement with Wedgwood to design several new china patterns and flatware designs for the Martha Stewart Collection. Each of the seven china patterns was available in a five-piece place setting. There were six flatware designs. Click here to read more about the Martha Stewart Collection Wedgwood line. Also in 2008, Martha worked with Waterford Crystal on a line of stemware for the collection. Click here to read more about it. 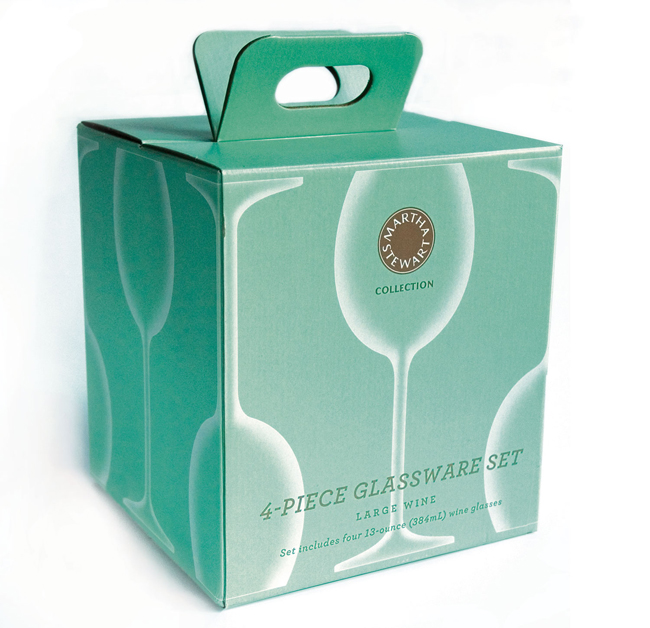 As with her line at Kmart, packaging was an instrumental part of the design process. Gael Towey, the chief creative officer at Martha Stewart Living at the time, and her husband Stephen Doyle, of Doyle Partners design firm, collaborated on the packaging designs. I love these X-ray-motif boxes! 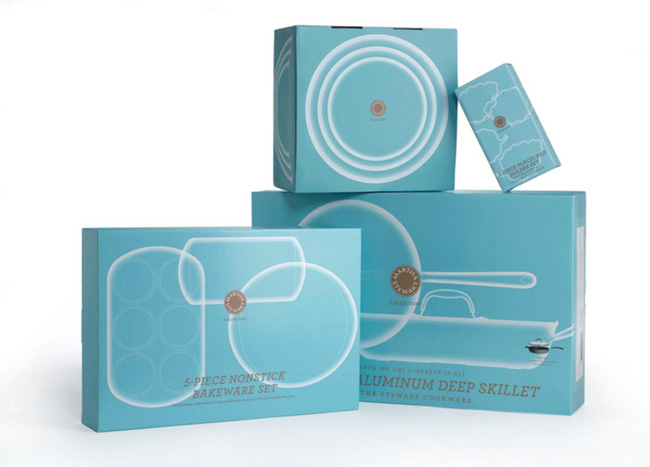 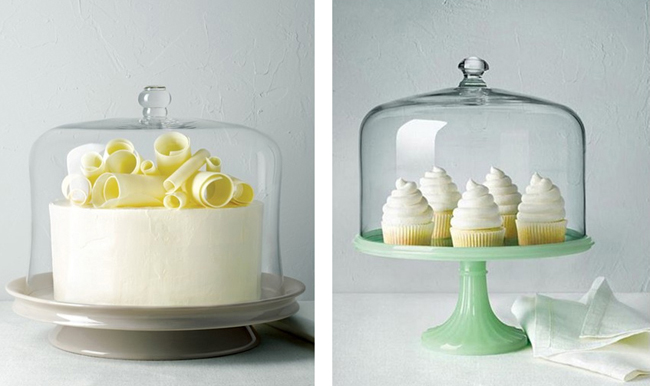 Cake stands are among the most popular items for fans of the Martha Stewart Collection. I love these two! 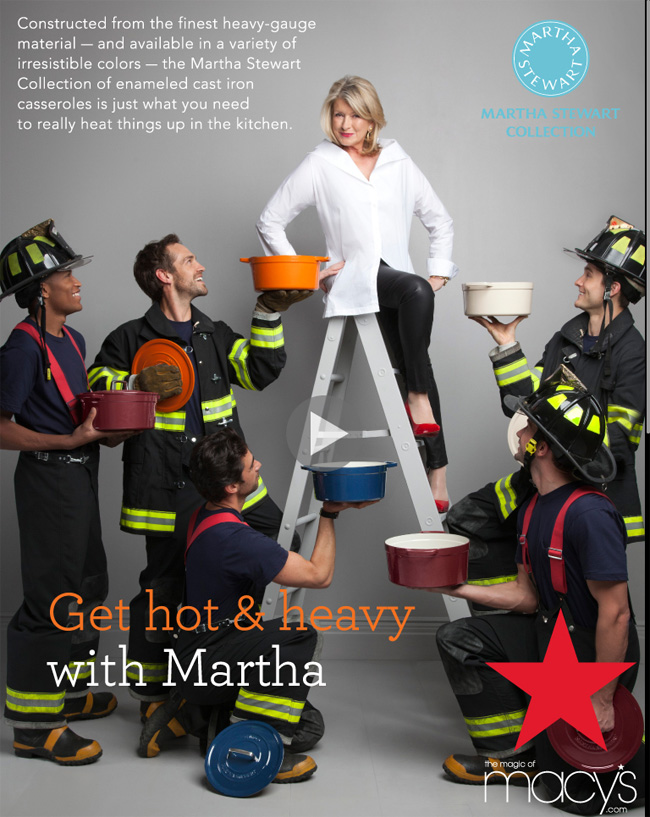 Martha frequently stars in the print ads for the collection and has occasionally made television commercials for Macy's. Click here to see the current items in the Martha Stewart Collection.
Posted by ANDREW RITCHIE at 12:02 PM

Ms Stewart's designe team " hits the nail on the head" with coordination of all aspects of her collections. Then the presentation in advertising
and display sells the the products! As expected, alway a visual pleasure.
APM

On my last visit to the States, I was very happy to shop at Macy's some of Martha's product A wish of mine is to have her products in London, the gulf and the Middle East
Best wishes xo

Enjoying this series tremendously! And thank you for the photo of the cake stands -- I will be ordering one to display my Christmas cake. Beautiful!