I'm not sure the general public realizes how much Martha Stewart Living resurrected and revolutionized the hobby of crafting. I would go so far to say that sites like Etsy exist because of Martha's grassroots efforts to revive, showcase and teach a series of long-forgotten craft techniques in her magazines and television show. Letterpress, for example, was a craft that had long been forgotten by the masses. It was not until Martha Stewart Living and Martha Stewart Weddings began to feature letterpress stationery in their pages that demand for this style of stationery began to grow and letterpress makers emerged to meet the new demand. Martha had the same effect on handmade jewelry and the rise of the popularity of knitting among thritysomethings. Martha met the demand herself by providing not only books on the subject of crafting but by creating a vast array of craft products with EK Success and craft furniture with homedecorators.com. 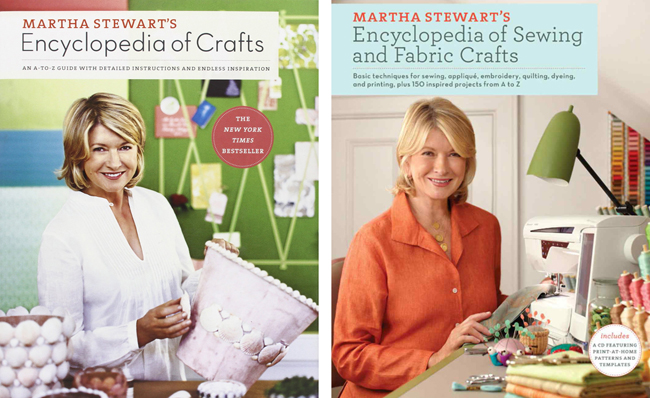 Martha has released several books devoted to the subject of crafts, but these two are my personal recommendations. They are both exquisitely put together and contain so much information and how-to.

The crafts produced by the editors at Martha Stewart Living are among the most beautiful I have ever seen in a monthly publication. There simply isn't the same level of imagination and quality in the crafts shown in other magazines. Martha set the bar very, very high. Niche publications, such as Sweet Paul, come very close but what sets Martha's craft projects apart is the very detailed how-to process, which is meticulously recorded in the magazine's workbook. The aim is not simply to show off pretty crafts; it is to entice and prepare the reader to make the craft herself by providing a proper list of tools and materials and very methodical instructions.

I am sure many of you have been as charmed as I have been over the years by the beautiful crafts in the pages of Martha Stewart Living. Almost every issue has had at least one craft I have wanted to make myself. Below I have selected a few of my favourites from issues past. 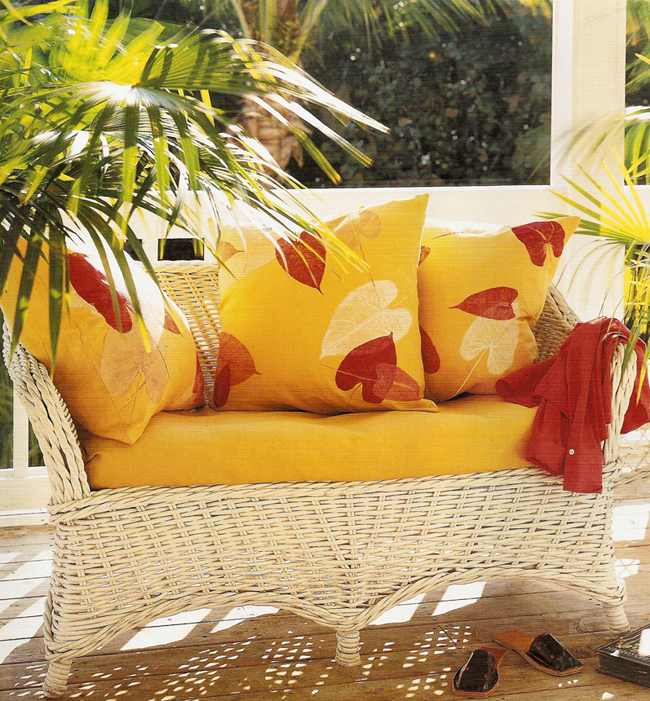 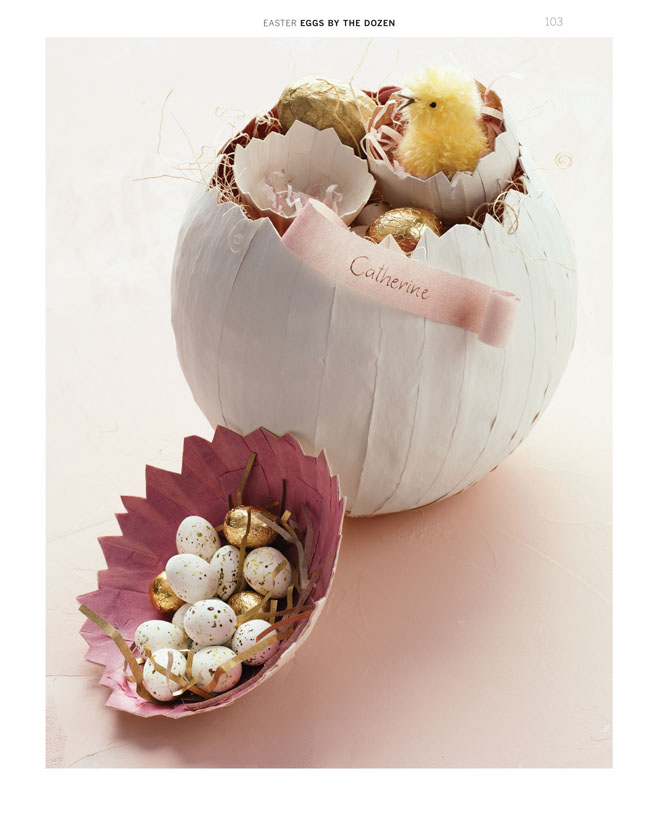 An extraordinary Easter egg container made of paper. 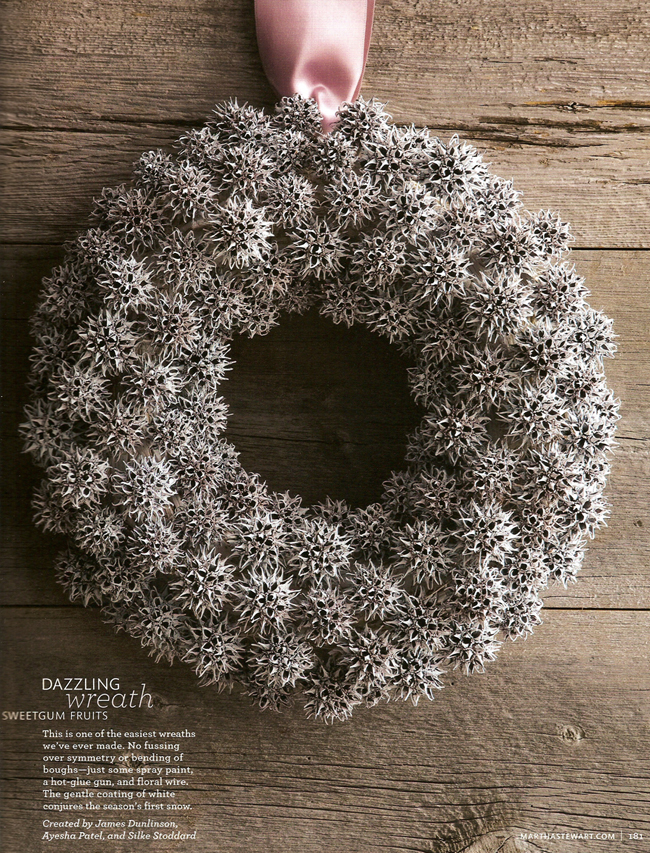 A dazzling silver wreath made of sweetgum fruits. 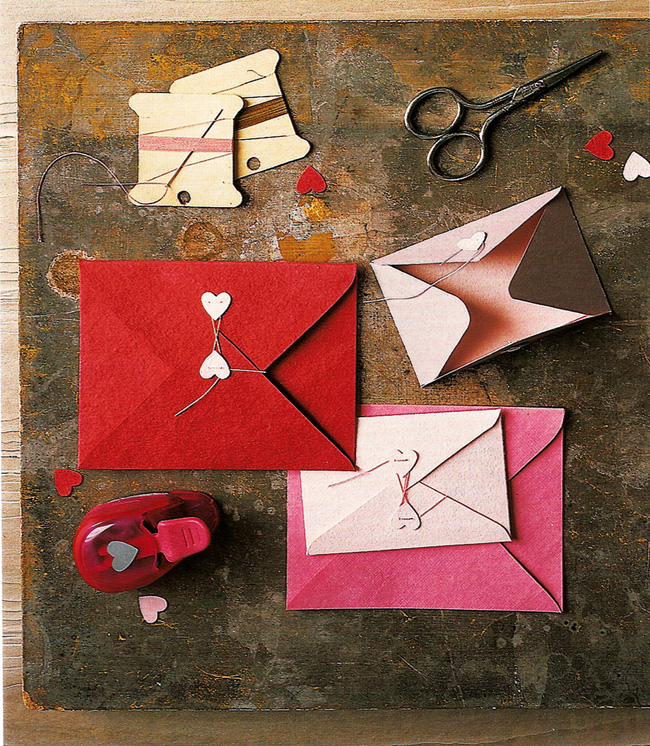 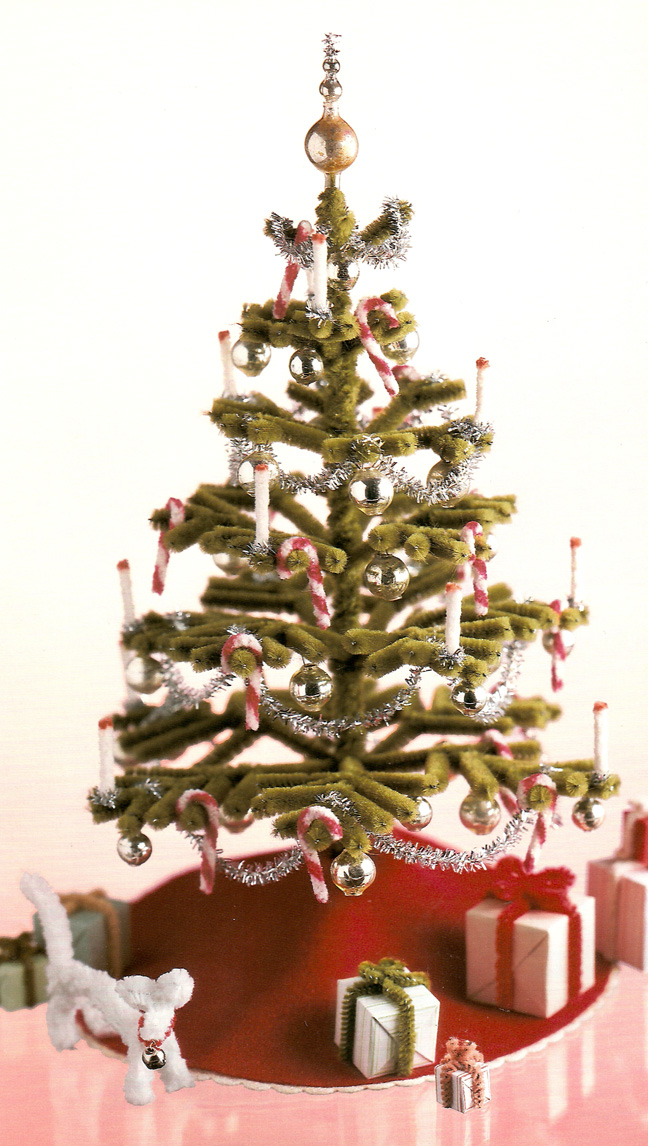 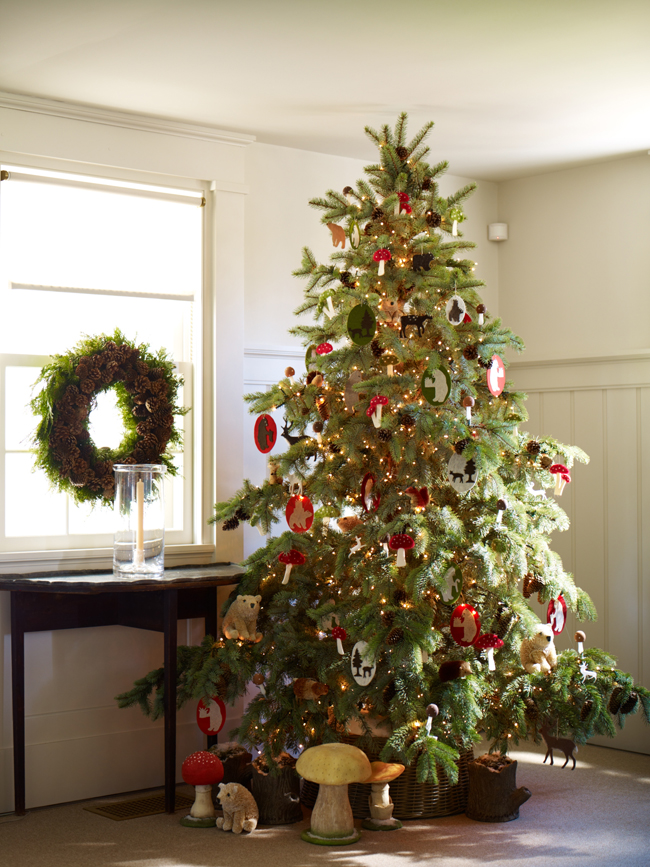 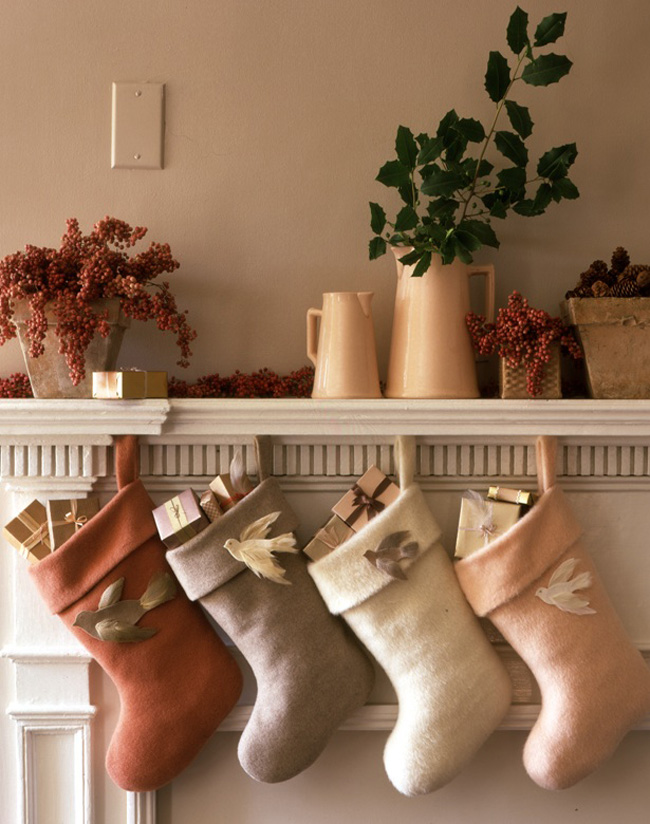 Gorgeous handmade stockings for the mantel. 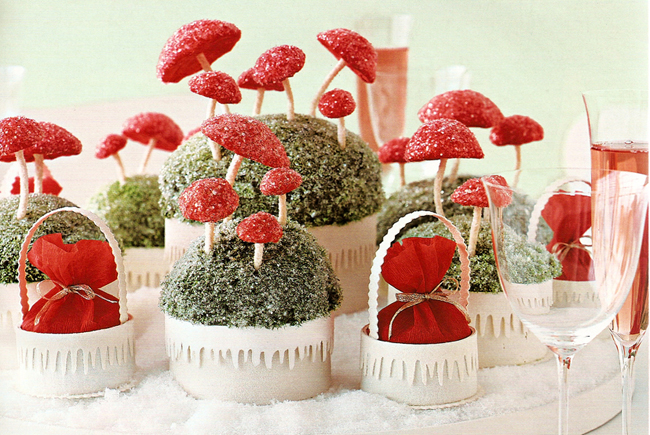 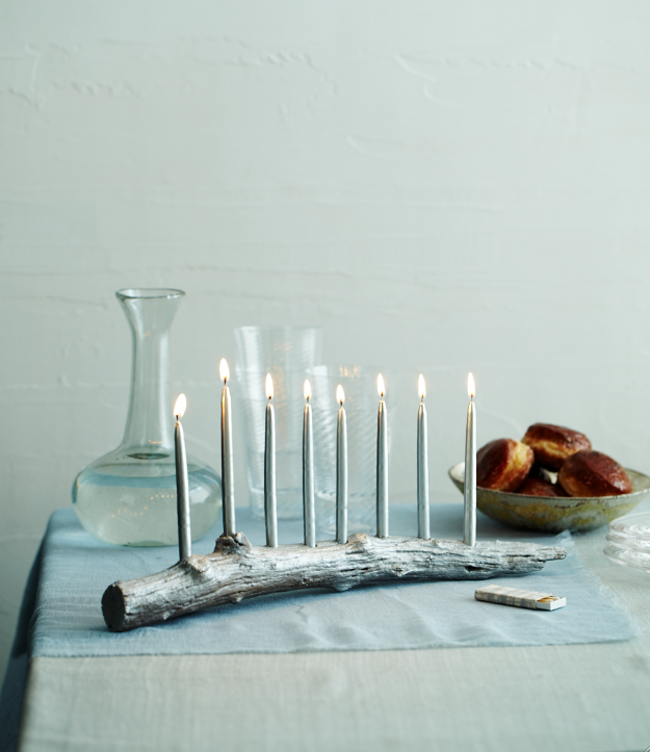 A simple take on a menorah for Hanukkah.
Posted by ANDREW RITCHIE at 8:25 AM

The simplicity of these crafts is the main draw. Plus, anybody can accomplish that polished look just by following the always exacting directions. Things don't have to be complicated to look playful or elegant...the handmade part is what gives these ideas such charm. I've also made many of these items and have always been very satisfied with the results. I personally am more into sewing and needlework, but have fun with many of the paper based crafts. Besides, it allows us all to be artists!