Anyone who collects Martha Stewart Living magazine knows the excitement of discovering a special issue at the newsstand - an issue devoted exclusively to one of the magazine's core-content areas: baking, halloween, holiday, entertaining, gardening, etc. These magazines were not offered as part of the subscription and were available only on newsstands or by calling a 1-800 number to order a copy. The first special issue was devoted to a subject close to Martha's heart: Clotheskeeping. It was issued in 1997. Since then, Martha Stewart Living has released up to six special issues a year, although two seems to be the current average. 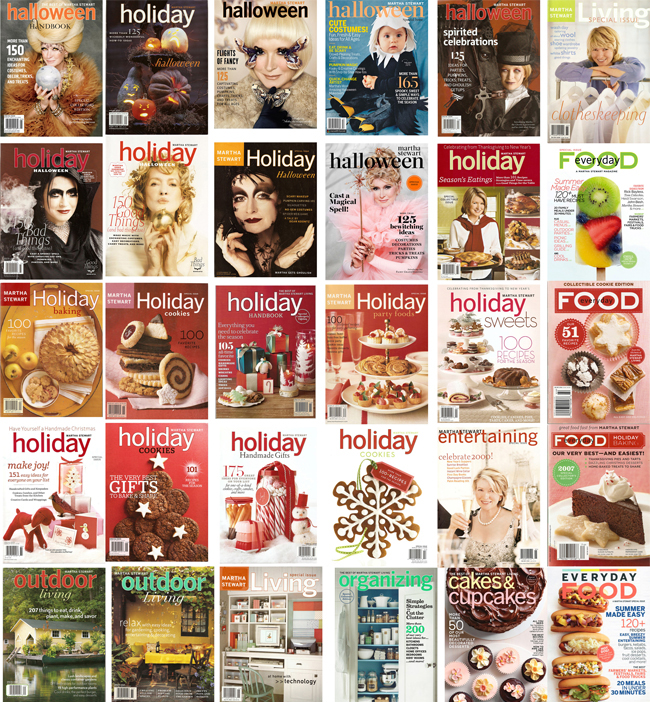 One of the things I really enjoy about them is that they are basically free of advertising, with the exception of a few ad pages here and there. It is so nice to simply look through the pages without any advertising interruptions. Even if many of the special issues contain content previously published by Martha Stewart Living, I still enjoy seeing it repurposed and repackaged in a new and beautiful way. It is also nice to have a concise collection of ideas and recipes based on one topic contained in one volume. Oh, and good news: there are two more special issues on the way in 2016! Stay tuned!
Click here for more details about the magazines shown above.