It really is hard to believe that it's been 20 years since Martha Stewart released the first issue of her Weddings magazine. What began as an annual supplemental issue to Martha Stewart Living soon blossomed into one of the most successful bridal magazines in the world. Watch newsstands this week for the special 20th Anniversary Issue. It's sure to become a collector's item. This issue, incidentally, is the first one to be published by Meredith, which will now handle the advertising and production of Martha's magazines. Click here to read my post about some of my favourite Martha Stewart Weddings moments. 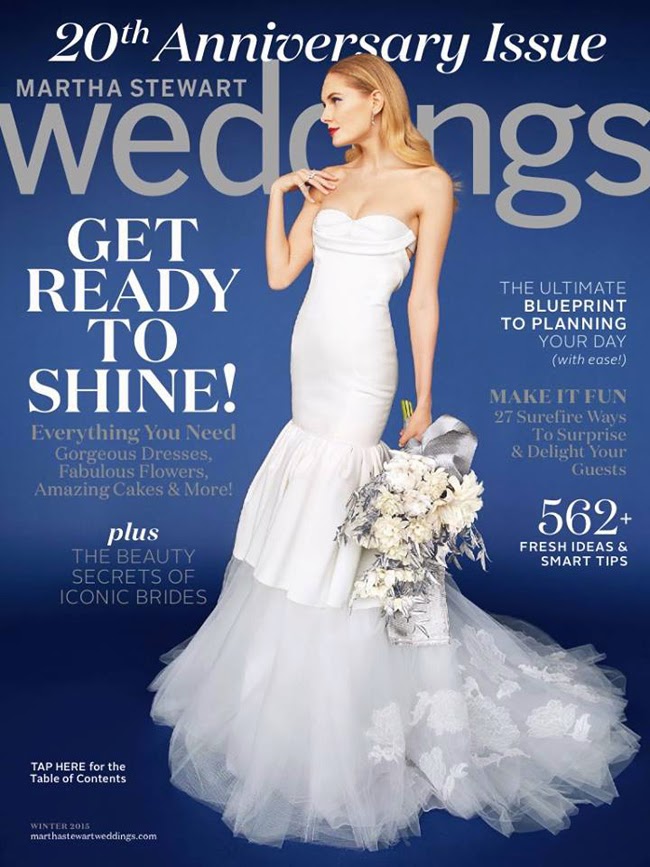 Posted by ANDREW RITCHIE at 9:25 AM