Avenue House: "A Home, An Office, A University"

When I first read that Martha Stewart had written a "manifesto of dreams'' for Cantitoe Corners, her farm in Bedford, New York, I became fascinated by the idea of the purposeful home. Martha planned every detail of her residence, thoroughly imagining how she wanted to live before implementing all of the architectural and landscape designs she had in mind. This has been Martha's approach to all of her homes: to use them as inspiration factories, as idea laboratories, as teaching facilities.
This concept reminded me of another homeowner in another country from another time who used his home in much the same way Martha uses her homes. Sir Albert Richardson (1880-1964) lived in a Georgian brick townhouse in the town of Ampthill in Bedfordshire, England. He called the home, Avenue House. During the 40 years he occupied the home with his wife, he filled it with products of the Georgian Age, a period in British architectural history he loved and admired. Richardson, an architect, writer and historian, was so fascinated by the Georgian Age that he lived in Avenue House without electricity for many years and even had a closet filled with authentic Georgian clothing, which he sometimes wore in public. (His wife finally convinced him to embrace electric lighting and the convenience of modern appliances!) He once described Avenue House as a home, an office and a university. It was a place he could curate and collect, a place where he could derive inspiration as well as share it with others.
For 50 years after Richardson's death, Avenue House was lovingly maintained by his grandson, Simon Houfe, who was anxious to secure its future in the public realm. He offered both house and collection to the British National Trust on advantageous terms. Negotiations dragged on for seven years, only to end with his offer being rejected. Richardson's collections have since been auctioned off by Christie's, a rather sad end to more than a century of curating and maintaining an authentic Georgian manor home. Below are photographs by Simon Upton of Avenue House taken shortly before auction. The interiors remained unchanged since Richardson's death in 1964. I find Richardson's devotion to authenticity, as well as the interior design of the rooms themselves, to be very beautiful. 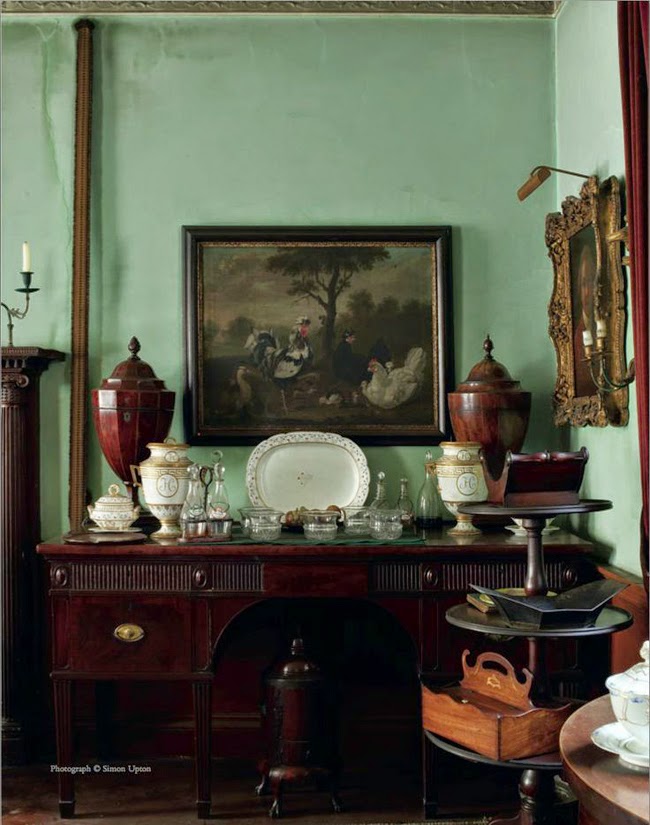 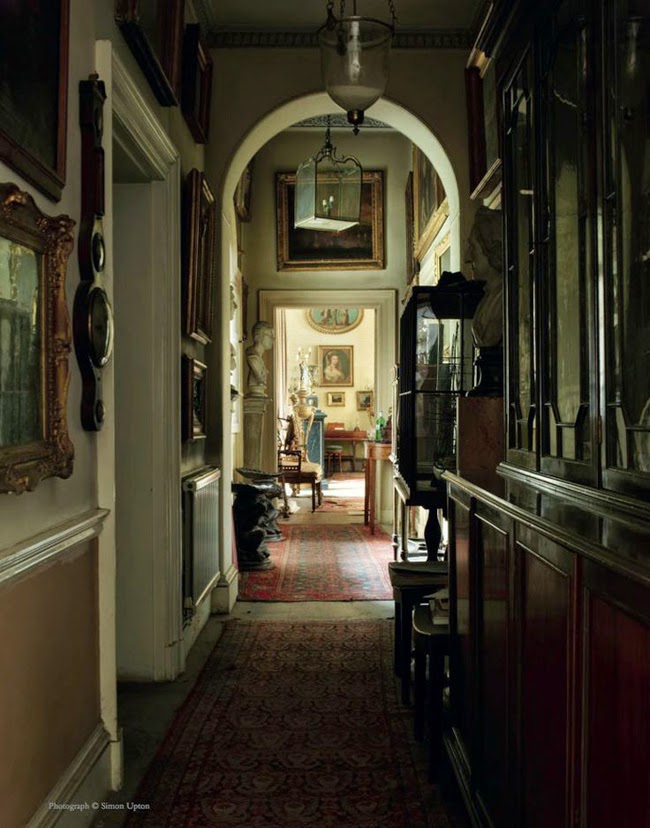 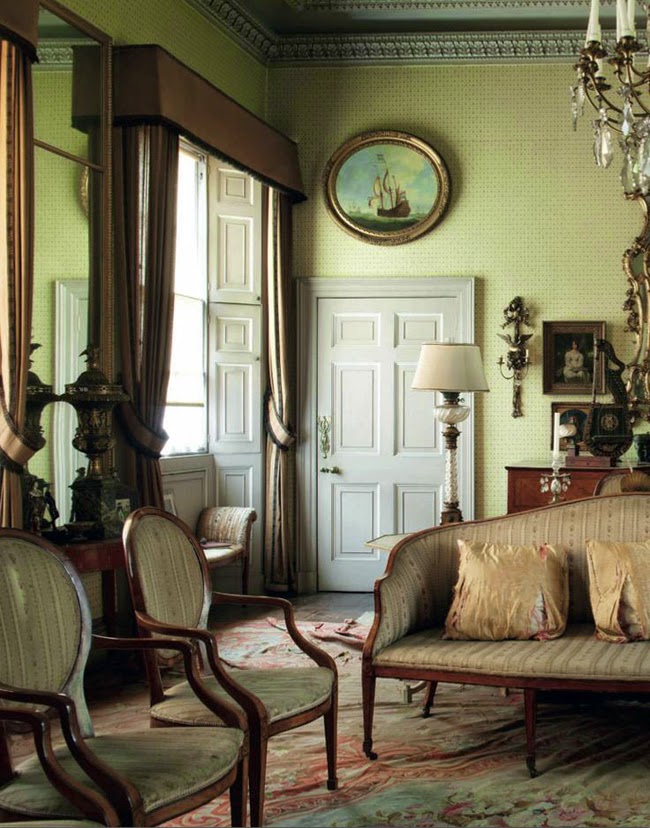 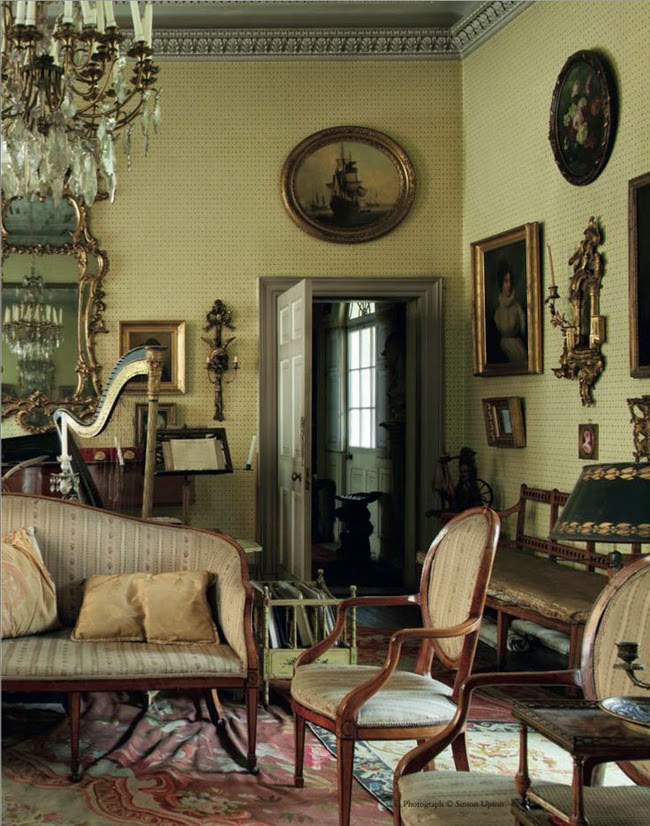 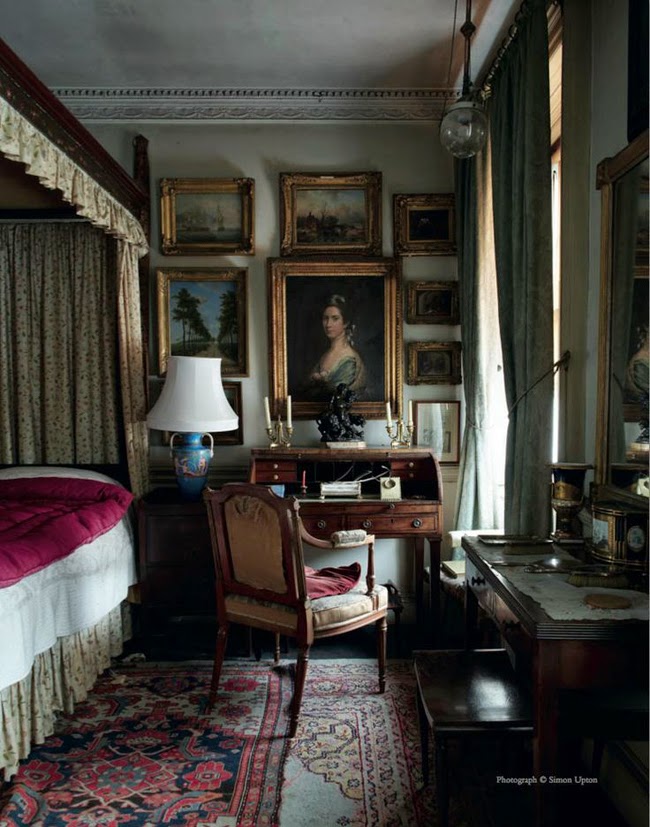 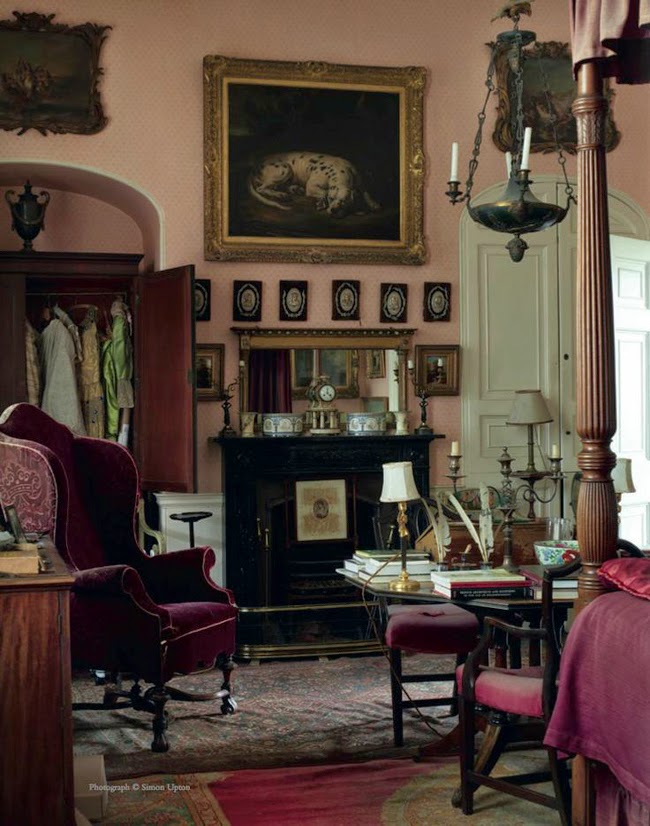 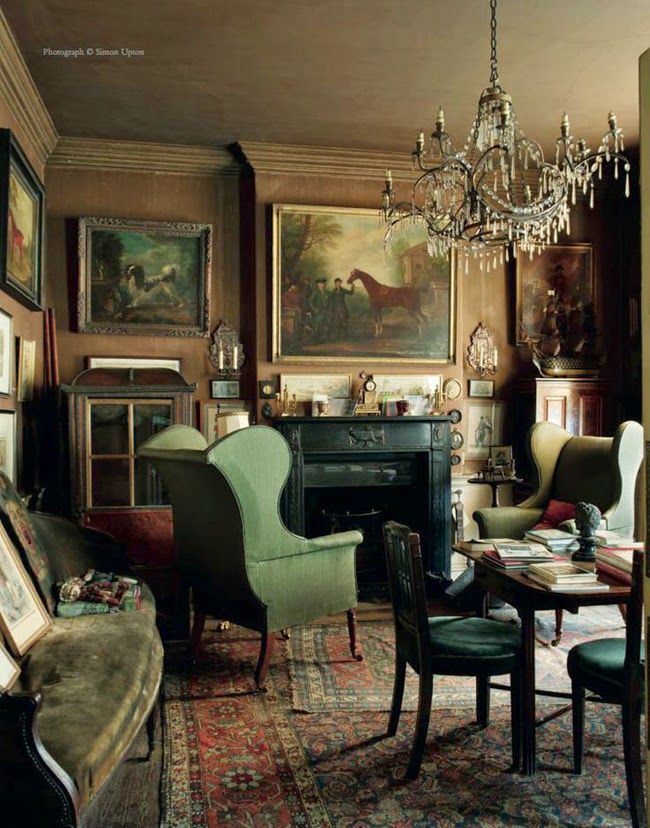 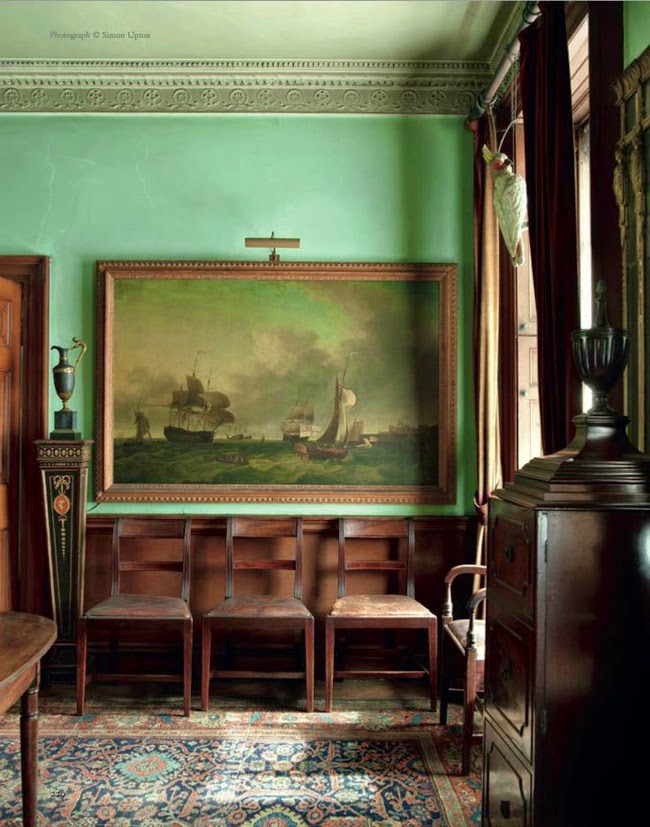 Posted by ANDREW RITCHIE at 1:45 PM

Wow beautiful house, I love the interior and the furniture. Beautiful antique pieces.

A gem of a post, thank you. What lovely rooms and pieces, and mostly, thank you for sharing such a bittersweet story. I hadn't heard of Avenue House or Sir Albert before.

I'm so glad you both enjoyed it!

Dear me. Not quite the same, but did you hear of the recently discovered Paris apartment that had been kept the same as it was the day the Aunt passed, the niece paid rent for 70- years, a Bell Epoch I think it was, in the 9th Adronment(sp) I guess that is a neighborhood in Paris?? The pictures on the web were stunning.

I did not hear about that apartment, but I'm going to look it up now! Thanks for letting me know about it. (The word is "Arrondissement" btw.)