The bone-chilling cackle of a witch, ghoulish growls and the lonely howl of a wolf... The single-track CD called "Spooky Scary Sounds" released by Martha Stewart Living on Rhino Records was the first in a series of CD compilations released by Martha's company in 2000. Running 45 minutes, the CD was meant to be played at Halloween parties or at the front door on Halloween night when trick-or-treaters arrived. The company released ten albums based on different themes over a four year period to diversify its portfolio and help the homemaker choose music that would be suited to different scenarios in her life.

With footing in every form of media at the time (publishing, television broadcasting, radio, web, e-commerce) the last frontier for Omnimedia was recorded music. The deal with Rhino Records saw the release of five other CD compilations after "Spooky Scary Sounds", each based around a particular theme with tracks personally selected by Martha to enhance atmosphere, whether it was to soothe a baby to sleep, get kids excited for playtime, to relax with a cup of tea or to play as background music while entertaining summer guests. 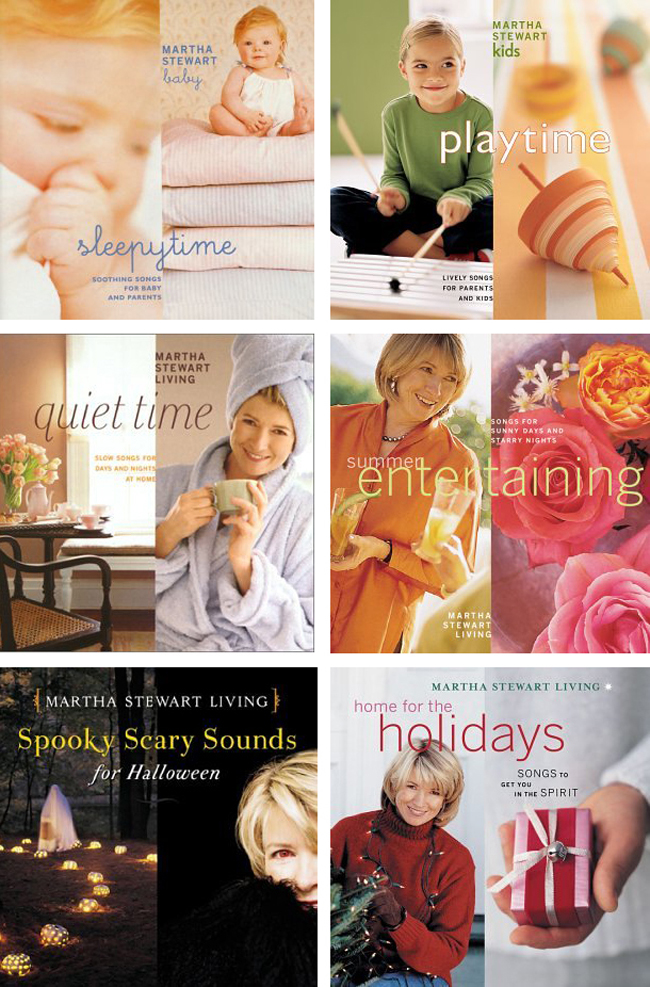 Artists sampled on the CDs include Carly Simon and James Taylor, Harry Belafonte, Jane Siberry, Lucinda Williams, Eva Cassidy, Linda Ronstadt, k.d. lang, Paul Simon, Dionne Warwick, Smokey Robinson and many others. A holiday Christmas CD rounds out the collection, providing songs to "get you in the spirit" for holiday baking, decorating and entertaining. Many of the albums contained bonus material inside, accompanying the liner notes: recipe cards, craft instructions, ideas for entertaining, etc. 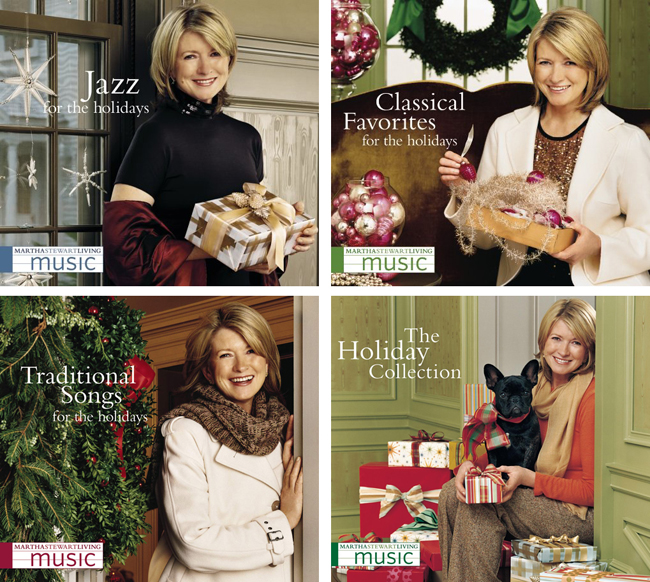 A new deal in 2005 with Sony records saw the release of four more CD compilations. All were based around holiday music to be played at Christmastime. Classified by style of music (jazz, classical and traditional) the CDs contained holiday music, selected by Martha, to be played at parties or just around the house during the holidays to set a festive mood. The three CDs, which were sold individually, were also packaged as part of one collection (The Holiday Collection) and listeners could get all three in one.

Although no longer being produced, many of the CDs are still available on Amazon or on eBay in either new or used condition. With the advent of Spotify and digital streaming, however, some may find the notion of a CD compilation a bit old fashioned. However, if you're a real collector of Martha's products, these CDs are fun items to have.

Martha's interest in creating music compilations for entertaining began in the late 1980s when she partnered with CBS Masterworks (a classical music label at the time) to create CDs featuring classical music suited to various themes: Christmas, a Sunday brunch, a dinner party, etc. The series was called "Dinner Classics," produced between 1989 and 1994. There were 20 albums in total, including a weddings series. Martha's frequent appearances on CBS programs as a lifestyle expert gave her access to the CBS Masterworks label and she partnered with various producers to select tracks for these albums, each designed to create an appropriate atmosphere for the theme at hand. 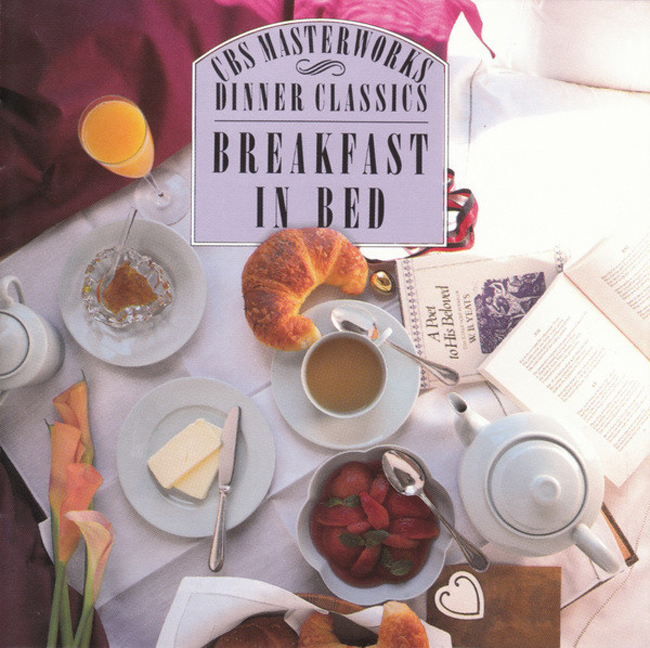 In the album sleeves there were recipes and photographs from some of Martha's books, including her first tome, "Entertaining." A hostess could select any one of 20 different compilations for her various parties, and many had an international flavour: Japanese, Spanish, Italian. 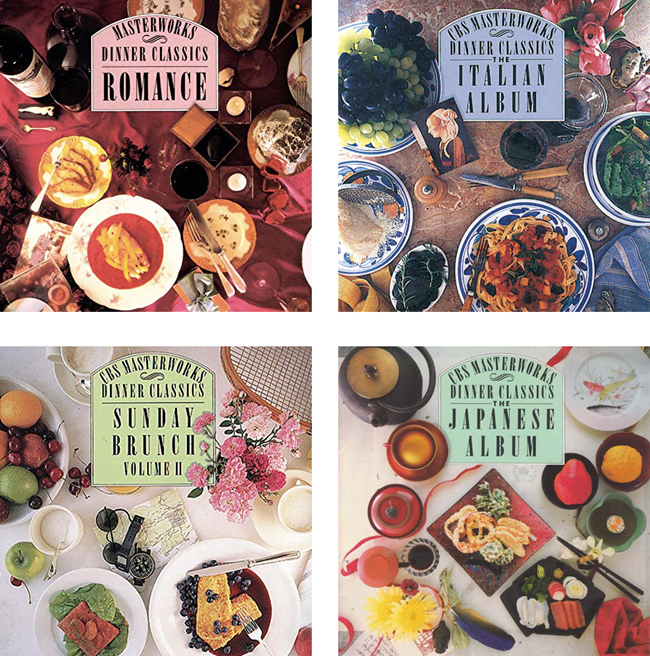 Composers featured on the album included Martha's favourites: Handel, Vivaldi, Bach, Mozart, Tchaikovsky, Herbert, etc. The producers selected performances by various orchestras from around the world, some featuring the likes of John Williams, Pablo Casals, Pinchas Zukerman, Yo Yo Ma and Isaac Stern. Many of these albums can be found used at thrift stores and online markets, such as eBay, for very good prices. 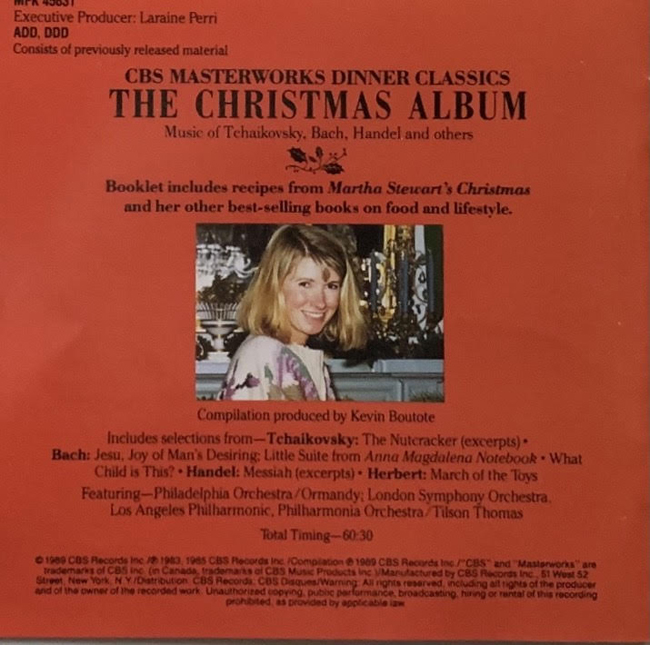 Posted by ANDREW RITCHIE at 4:42 PM

I bought these when they came out! I sure miss seeing Martha daily.
I always enjoy your MSL posts! Thank you ��