Living Gets a Fall Makeover

Martha Stewart Living has undergone a mini-makeover and the October issue of the magazine will debut a series of small changes. According to Women's Wear Daily, the magazine has updated its fonts and played around with the use of white space on page layouts. There will also be a tear-away Everyday Food page in the magazine. The design makeover was conducted by New York design firm The Tiny Bank. 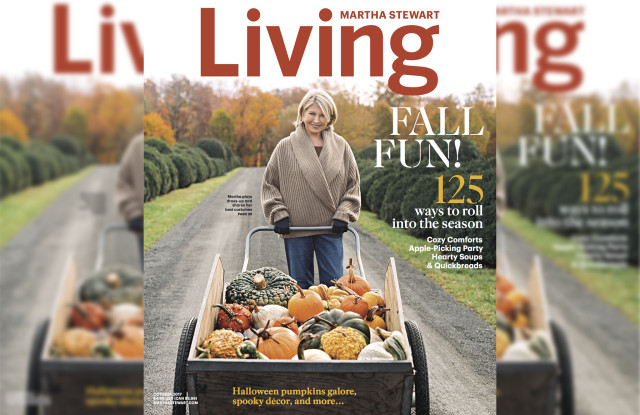 Editor-in-Chief Elizabeth Graves says the design changes will help to further push the magazine in the direction they've been steering it: "pretty, feminine and modern."

"It's Martha Stewart, so there's a lot of pressure to be inspiring and beautiful and new," Graves told WWD. "There's so many great magazines out there, and we want to be the type of brand that breaks through the noise and gives readers an experience. No small task in that alone. It will continue to evolve, as magazines always do, but I think it's a nice fresh start for us."
Posted by ANDREW RITCHIE at 4:01 PM

I won't jump to conclusions and I will wait to see the changes, but pretty, and feminine sounds like so many other magazines. I realize men would not necessarily who they are selling to, but I would have been more hopeful if they included more comments re stories and pictorials about gardening, cooking, and decor. All beautifully photographed with Ms Stewart's style and grace.
APM

I wholeheartedly agree with APM

NOt an exciting October issue. There is a lot less learning in this magazine as time goes on. And how many years are they going to use one of the few spaces they have for Halloween crafts to present the moss covered grape vine wreath with either plastic bug, plastic snakes or plastic spiders? Hopefully they will impress us in December.