As most of you know, Martha's 89th book, "Slow Cooker" will be released on August 29th. QVC viewers got a sneak preview of some of the recipes in the book earlier this month when Martha appeared with host David Venable. During her 15 minute appearance, Martha sold 20,000 copies of the book! (It is now sold out on QVC until September.) 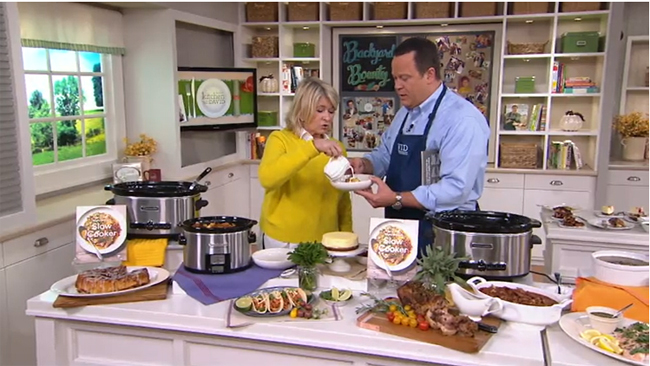 Watching Martha's presentation, I was pleasantly surprised by how delicious some of the recipes looked - from tried-and-true slow cooker classics, such as chili and stew, to really innovative recipes like breakfast hash, salmon and lasagna. Incredibly enough, the book also contains an entire section on slow-cooker desserts, such as cinnamon buns, cheesecake and apple French toast. Click here to watch Martha's presentation with David. Martha Stewart's Slow Cooker features 110 recipes for the home cook and comes out on August 29th. It can be preordered at Amazon.com.
Posted by ANDREW RITCHIE at 12:42 PM

Arthur in the Garden! said...