"Boys don't play with flowers!" Those crushing words, uttered by an elementary school principal, devastated Antonio Valente, who was then in grade two. He had been asked by his teacher to draw a picture of his future career and when it became apparent that young Antonio wanted to be a florist, his dream was shut down with a mocking chuckle. 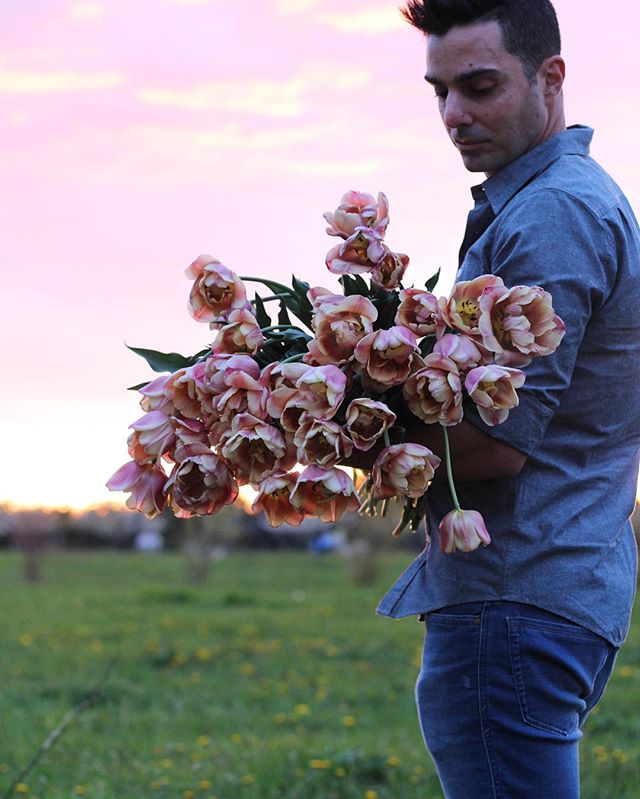 But dreams have a funny way of growing back, much like the flowers Antonio now harvests and arranges and sells from his home in Thornhill, Ontario, just north of Toronto.

On just a half acre of land, Antonio grows tulips, ranunculus, peonies, zinnias, scabiosa, foxglove, snapdragons, asters, roses, cosmos, larkspur, poppies, dahlias, phlox and ornamental cabbage - filling dozens of orders a week from florists around the greater Toronto area. All of the flowers are picked and packed by Antonio and delivered, in person, in his pickup truck. 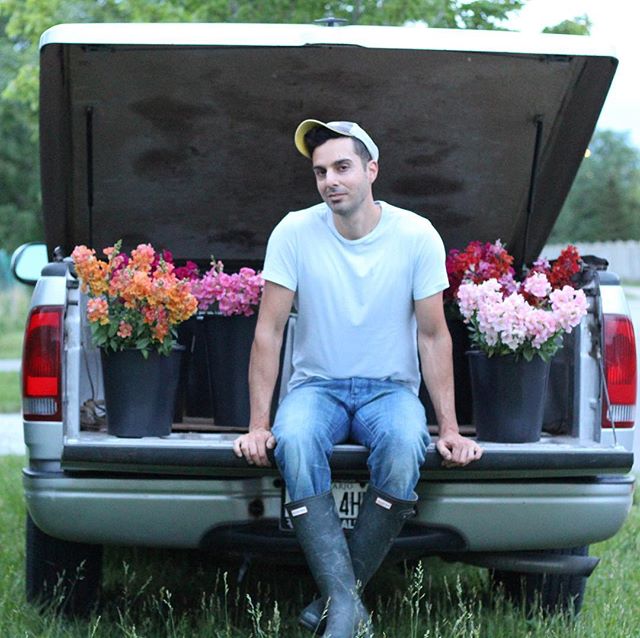 I first discovered Antonio on Instagram, where he has thousands of followers from around the world. I only recently discovered that Antonio had been reading this blog for years and had affiliations with some florist friends of mine in Toronto! I was so curious to know more about him and his business and wanted very much to do a feature on him.

Florists adore Antonio's friendly nature, his passion for his flowers and his seasonal selection. "Antonio arrived at the shop with his pickup truck filled with pails of the most gorgeous summer blooms," writes the owner of Periwinkle Flowers, a Toronto-based flower shop. "The girls and I promptly fell in love with both Antonio and his beautiful flowers and we would wait in eager anticipation for every week's delivery." 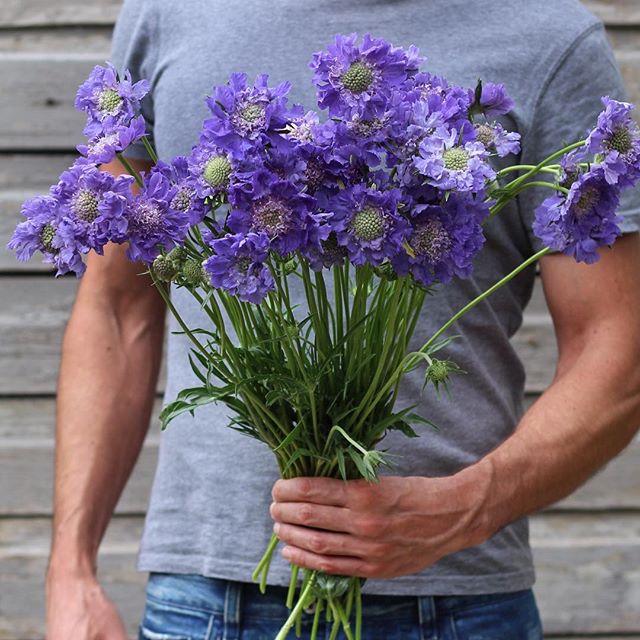 It's the kind of testimonial Antonio doesn't take for granted, but he knows what makes his business special. He is one of the 'little guys' on the scene but his business has several factors that set him apart from the crowd. He grows primarily heirloom varieties or flowers that are pollinator-friendly: alluring features for florists who care about the quality of their flowers and where they come from. His farming operation happens on just a half acre of land and Antonio uses sustainable methods to plant, grow and harvest his plants.

Antonio was good enough to answer a few questions for Martha Moments about his business. 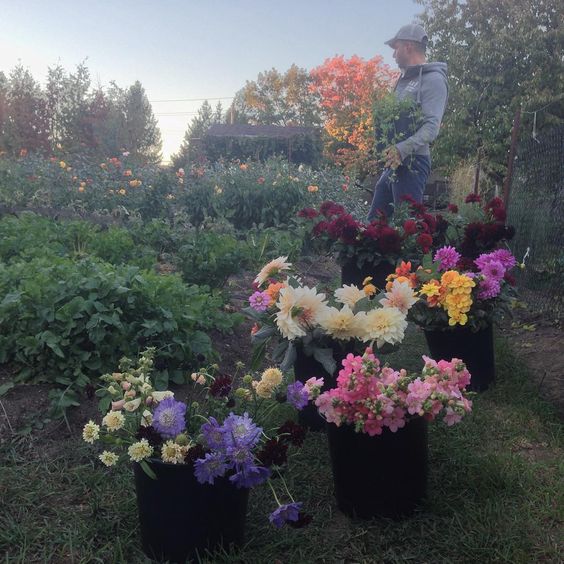 With just a half acre of property to farm, how do you decide what flowers to grow? Is it based on popularity and demand, or is the decision based on what you love to grow?

It’s a little bit of both. I absolutely need to grow what’s in demand and popular; at the end of the day my flowers need to sell. Having said that however, I don’t grow anything that is both popular AND available from larger scale growers or wholesale markets; I just can’t compete on pricing there. I also need to grow what I love. If a grower isn’t loving what they’re growing, they’re likely to neglect it during the height of the hectic growing season and that can lead to lost revenue. And on only half an acre, I can’t have that! Every square foot needs to be productive.

Are there any flowers you do not grow but would like to?

I would love to grow high quality sweet peas, but the climate here in southern Ontario is very continental. It goes from being very cold to being very hot in a relatively short span of time. Sweet peas do best where there is a long, drawn out spring. The season here is just too short for a profitable sweet pea crop. I’ll save them for when I have a greenhouse or multiple acres of land. 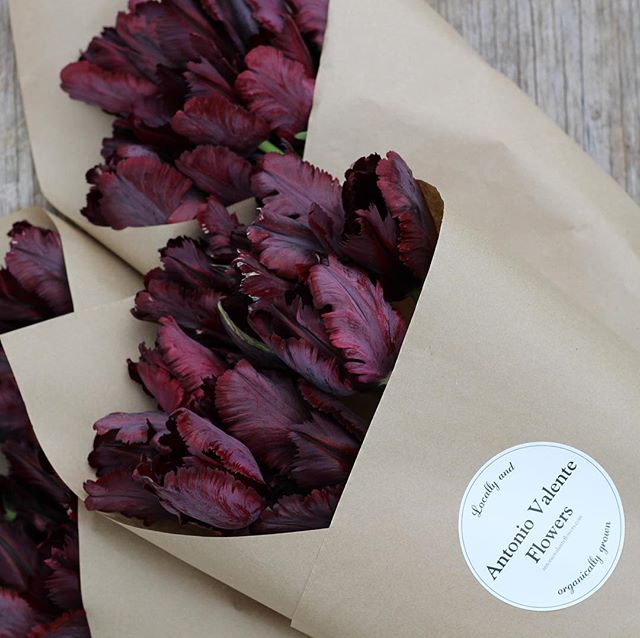 Since we are a four-season climate in Ontario, what do you do to sustain your business during the fall and winter months?

It’s a little known fact that I substitute teach during the winter months. Yup, once upon a time the plan was to become a teacher. I graduated from teacher’s college in 2009. The economy at the time was in a dismal state and landing a full time teaching job was nearly impossible. I was eventually hired as a substitute teacher, but warned that securing a permanent contract could be anywhere from 7 to 10 years down the road. Facing the reality of precarious employment as a substitute teacher, I had to be creative and find an additional means of paying the bills. It was either head back into landscaping, which I had done throughout university, or grow even more cut flowers, which I had already been doing for myself, and hope to sell them throughout the summer at local farmers’ markets. 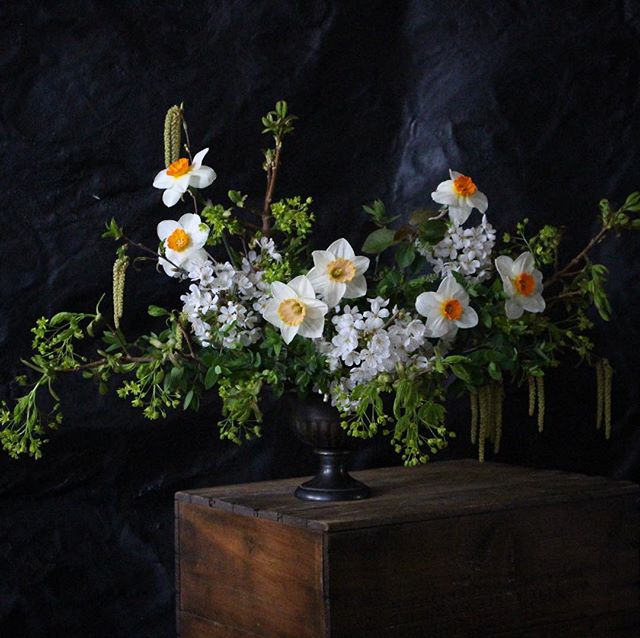 If you could wave a magic wand and create your perfect flower business, what do you think it would look like and what would be your role?

I think my perfect flower business would be one where I could bring beautiful varieties of flowers to a larger audience and a more mainstream public, both in the form of cut flowers as well as inspire people to grow their own beautiful gardens. People are tired of white hydrangeas laden with chemicals! There’s a real need in the Canadian market for certain varieties of cut flowers. The floristry style today is very different than it was years ago. The look today is more garden-inspired, and reminiscent of 17th century Dutch still life paintings. I have designers contacting me all the time wishing to source my product, but I honestly cannot currently meet the demand. It’s overwhelming, but also very flattering. As for what my role would be? Ummm wait, you mean I could possibly have a single role one day?! I can’t even imagine what that would look like! Right now, that would be an absolute luxury!

Instagram has obviously helped leverage your visibility and profile, but is there a website in the works?

Yes! I need to get on that. EVERYONE around me has been on my back about it! You’ll all be happy to know that I did recently purchase a domain name, so I am one step closer. You know, each spring I actually use Kijiji to sell dahlia tubers! It’ll be nice to sell them from my own website one day. So, if there’s no website by next spring, look no further than Kijiji for some pretty awesome dahlia varieties! 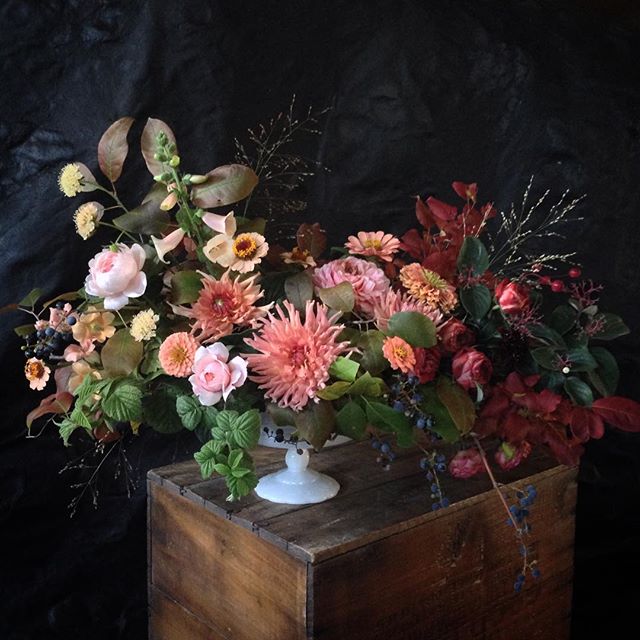 Who have been some of your mentors and teachers in this enterprise?

My father and grandfather were excellent gardeners. Gardening must be in my blood as they had the most amazing gardens and I attribute much of my passion to them. I also grew up admiring many Canadian gardeners in the media like Mark Cullen and Marjorie Harris, and, of course, Martha Stewart!

I know you enjoy reading this blog and anything to do with Martha Stewart. What is it about Martha that inspires you?

Yes, I love your blog! It’s such a pleasure to read, by the way. I can remember when I first discovered Martha. She was this woman on tv doing all the things that I also loved to do. Being a young boy and having an appreciation for gardening and collecting antiques wasn’t very “cool,” but Martha continued to be such an inspiration and source of creativity. I think in many ways Martha did what I would like to continue to do with my flowers – bring a little bit of beauty to people’s everyday lives. 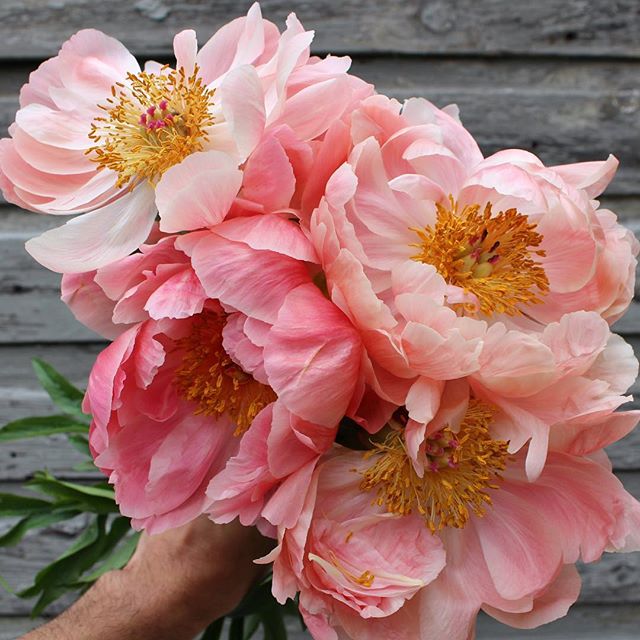 Definitely dahlias! Evidently I have no problem choosing between children! They were the first flower I ever grew for the purpose of cutting, so they’ll always hold a special place in my heart. As for the flowers I have in my home, they’re always changing with the seasons. That’s the nice thing about choosing seasonal flowers; each flower variety gets its shot at the limelight.

Finally, what would you say to that principal who told you that boys don't play with flowers?

I would just give him a locally- and organically-grown bouquet from Antonio Valente Flowers!

Life goes by very fast and the fact that Antonio will wake up each day, being himself and looking forward to working in a field he loves is the way we should be able to live. I hope one day his business will expand so he may run his his florist year round.
APM

Antonio's flowers on IG are something I look forward to every.single.day. 💐May all your dreams come true Antonio!

This was an interesting interview with great photos and stunning floral arrangements (wow!). Thanks for introducing me to Mr. Valente. That was a treat!

Aahh, our lovely Antonio! So great to find this article. We really do love him, he is a real sweetheart!