Early last week, Martha's younger brother George Christiansen died suddenly at home of an apparent heart attack at the age of 65. George leaves behind his loving wife Margaret (Rita), their daughter Kristina and their son, Morgan.

Many Martha Stewart readers remember George from his appearances on her television shows, articles in her magazines and mentions of him in her books, particularly "Martha Stewart's New Old House" in which the renovation of the Adams House was largely overseen by Martha's brother.

Martha had great admiration for George's excellent skills as a builder and carpenter. Many of the early renovations at Turkey Hill (under Martha's stewardship) were designed and completed by George and his contracting firm, Pequot Remodeling, based in Fairfield, Connecticut.

I know I speak for everyone when I wish George's immediate family comfort and condolences during this difficult time. Below is a link to a wonderful clip from Martha Stewart Living of George and Martha making blueberry pies together. I know he will be very missed. 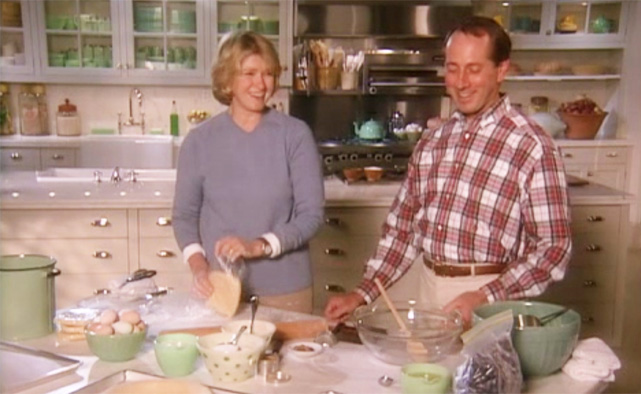 So sad to hear about Martha"s loss and his family. I remember George on the show. God rest his soul in peace
God bless