I have never met Eric Pike, the former editor-in-chief of Martha Stewart Living, nor have I ever corresponded with him. I did hear him lecture once at the Good Things Event in New York City in 2006 and I was charmed by his shy demeanor, clear intelligence and his ability to herald the benefits of good design while speaking in front of a crowd of several hundred people.

After working for more than 23 years at Martha Stewart Living Omnimedia, Eric has left to pursue new interests - a shock to many longtime readers who came to view Eric as a kind of steward for the quality of the Martha Stewart brand. When Meredith Corp. absorbed the editorial duties of Martha Stewart Living and Martha Stewart Weddings magazines late last year, Eric was offered a position but declined, according to a few reports. What he will do next remains to be seen, but I'm sure he will find new opportunities and challenges elsewhere - after a well-deserved break, perhaps!

Several readers of this blog asked me to put together a retrospective of Eric's work, to look back and celebrate the influence he had on Martha's magazines and his art direction in all areas of her company. It is a difficult task since so much of Eric's work occurred behind the scenes and went more or less undocumented. After pondering a while how I might do this, it became clear to me that I would have to do it Eric's way: simply, effectively and concisely.

The best way to understand the influence Eric had at Martha Stewart Living is to simply read through back issues of the magazine with an eye for detail and design, particularly the issues between 1997 and 2003. Observe the way the text is arranged on the page, the way a feature story is designed to flow from page to page, the quality of the photography and the 'feel' of an issue. As an art director and creative director, Eric oversaw it all. He had the most uncanny ability to make you feel that the magazine you were holding in your hand was unique, special and meaningful - a beautiful booklet of dreams and ideas and possibilities. Look especially at the December issues where Eric's talent truly shined. Known at the magazine as "Mr. Holidays" he brought a passion and a talent not seen in the publishing industry to any and all stories about holiday decorating and design. 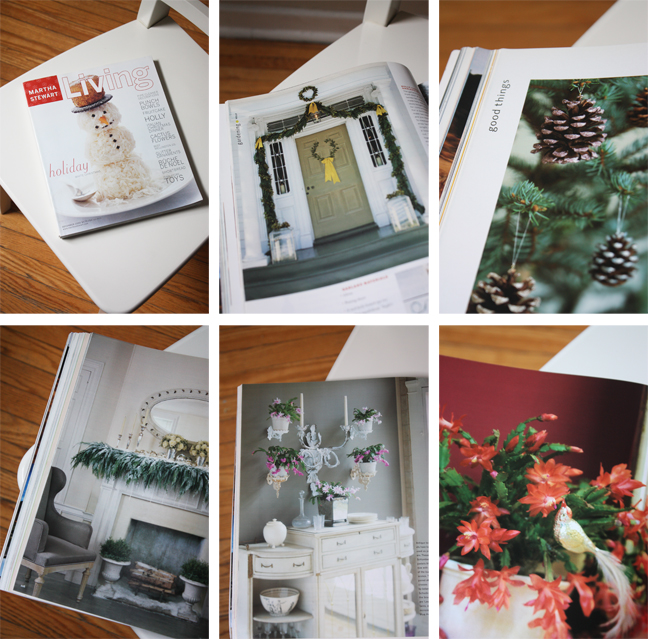 The December, 2000, issue of Martha Stewart Living is perhaps the best tribute to Eric's vision. Read it from cover to cover and understand the care that went into producing this magnificent issue. Eric was primarily responsible for ensuring its beauty. Click here to see more from this issue. 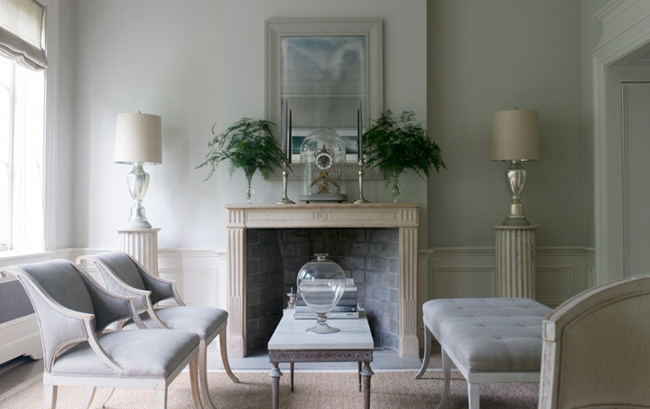 Eric's Manhattan apartment was another source of great inspiration to many readers. Its soothing tones and Scandinavian design perfectly illustrate Eric's calm sense of purpose. Click here to see more of it. 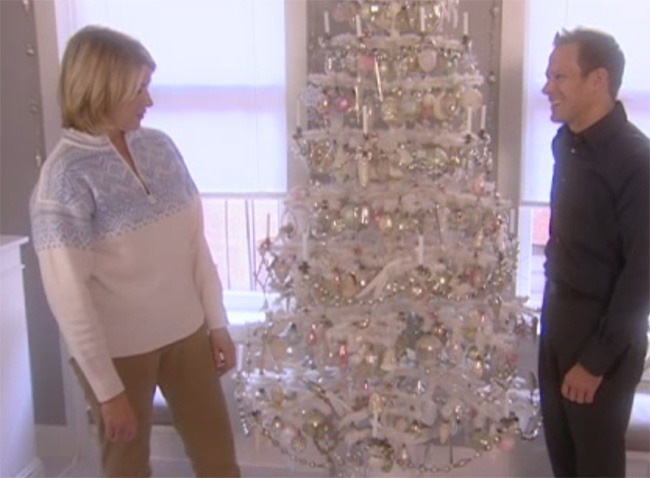 In this video segment found on marthastewart.com, Eric demonstrates how he decorates his Christmas tree. I think this video is perhaps the best tribute to Eric's work because it demonstrates the careful attention to detail he brought to the magazine and to all of his projects. It also demonstrates his sensitive nature and his calm approach. You will be inspired by this video and Eric's wonderful results! Click here to watch it.

All of us readers of Martha Stewart Living wish you the very best, Eric. Know that your work was truly valued and appreciated and loved. You will be so very sadly missed!

Below are some links to more of Eric's projects:

Read an article about Eric's apartment by clicking here.
Click here for a look at how Eric trims a tabletop Christmas tree.
For advice from Eric on how to decorate a tree, click here.
Click here to learn how to make Eric's glittered snowflake ornaments.
Posted by ANDREW RITCHIE at 3:03 PM

This was a wonderful tribute to Eric's work. There's also something about his efforts that will live on, too. When you look back at those issues, the ideas and information are just as relevant today as they were 10 and 20 years ago. That was the jewel of Martha's business: people like Eric were superb at creating eternal, evergreen content. Eric's legacy will always be a part of Martha Stewart Living.

Hi Andrew,
This is a beautiful tribute honouring Eric, love it. The details on his Christmas tree really amaze me, wow. I want to him all the best and great success xx

Eric's contributions are truly beyond measure and description; but you sure have done a great job trying to capture his timeless talent! Thank you.

As usual I would like to thank you for your time and effort placed in this blog on Eric Pike.
Without my knowledge it would seem he was behind some of the best and favorite years/issues of the magazine. Let's all hope the future
Issures will have some of the same detail and inspirational contant.
APM

Follow up comment...
"Holly Cow" , I just went deeper into your contact and reviewed the earlier blog on the December 2000 Holiday issue. You are correct an amazing issue with one photgraph after the other of breath taking beauty!
APM

These times will not come again,

This is a beautiful tribute to Eric - the person and his accomplishments. Thank you Eric, for the many years of your talent and inspirations. You will be missed.

The amazing thing is Eric left and Kevin Snarkey is still there. It helps to bs a "close personal" friend of Martha. Wish Eric the best. He helped to drive the MS publication to greatness.