I was a bit shocked yesterday to learn that Eric Pike, the current editor-in-chief of Martha Stewart Living, will be leaving the company after 22 years. Replacing him will be Elizabeth Graves, who is the current editor-in-chief of Martha Stewart Weddings. (Replacing her as editor-in-chief of Weddings will be Amy Conway, an editor and writer who has worked for both magazines for nearly 20 years.) These changes were announced along with news about a larger sweep of cuts to Martha's editorial team. Late last year it was announced that Meredith would absorb the editorial duties of Martha Stewart Living and Martha Stewart Weddings as part of a new ten-year pact, essentially giving them control over the decision making processes. According to several reports, Martha delivered the bad news about the cuts to her editorial team personally in a group meeting. A small group of writers and editors from Martha's original team will be moved to the offices at Meredith Corp. where they will oversee the content of the magazines and their respective websites. I am not sure who among Martha's team was let go, but we will likely find out in the coming days and weeks. I'd like to simply take this opportunity to thank Eric Pike for all his tremendous work over the last two decades at Martha Stewart Living. I do feel that the magazine is losing a part of its soul with his departure. We will see what the year ahead brings for the magazine and for Eric. I'm excited to see what he will do next! 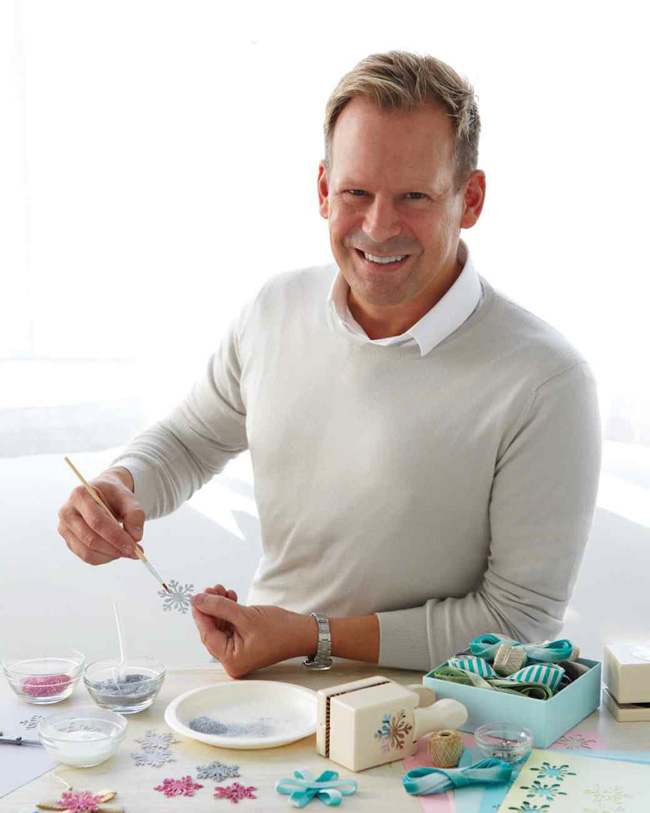 Posted by ANDREW RITCHIE at 8:12 AM

Soon it will just be Kevin, Martha and the cleaning staff left at MSLO.

Just read from someone who got let go in this round that Ayesha Patel and Marcie McGoldrick are no longer with the company as well.

Hope you do a "Best of" feature on him. I think of his influence on much Stewart did over the years but no where more than on the Christmas season. We shall see how much changes when the year end comes.

would also like to see a best of article for Eric. hard to envision what the Christmas issue will be without "Father Christmas"! Eric Pike will be very much missed. best wnishes to Eric in the future.
Vicki from Alaska

I have all but 3 of MSL magazines and will soon be at capacity where I store them. I often look back at old copies because so much of the content is timeless. But as my storage space nears capacity and the creative team is basically gutted I will have to decide in the next few months whether to continue with my subscription. I have already noticed some small changes in the quality of the recent issues including the paper. Thanks for all you do to keep us up to date on all things Martha.

A tremendous loss for the magazine. Not to overstate it, but it seems like the end of an era. I do not mean to belittle the talents of his successor, but he understands the magazine and what it represents to readers and the industry.

I would hope that for everyone who no longer works at Martha Stewart Living that they would embrace the experience they had while they were employed there. Eric and others have an incredible amount of talent, and it would be great to see them embrace their own "American Made" and starting their own creative company.

Based on personal experience, I can honestly say that the loss of one job often leads to new opportunities and greater fulfillment somewhere else. I hope this will the case for everyone affected by the staff cuts.

I wonder if Darcy will stay at Weddings...
Would love to see a Best of EP!

So sad to hear this Andrew. I wish Erica the best with great success.
I read this article yesterday, I can imagine how hard it is on Martha http://money.cnn.com/2016/01/05/media/martha-stewart-layoffs/index.html?source=linkedin

The list so far of those who left in this round:

Eric Pike was offered a position with Meredith but he declined the offer.

Wondering how the content in the magazine will change and almost wish Margaret would return to Martha Stewart Living and that Martha would do more video and wish the website had a better layout.

I am so sorry to hear this! Someone I know that lurks on your blog alerted me to this sad news. There are so many things that I do that I attribute to him because of the magazine. Who would've known that there was a totally different way to put lights on a Christmas tree besides the one you learned as a kid!? I added quadruple amount of lights strings and I have the most beautiful tree now! Every month the magazine would come in and I thoroughly enjoyed reading his column especially seeing the picture of his family at the World's Fair! Having read the magazine for years and years, there was a freshness about it especially after Martha came off the front cover. LOVE the Christmas editions where it seemed like what was featured was exactly what I was collecting and I learned so much by reading the articles. Who could imagine there were so many different variations of the one thing the article was focused on?! I wish him and the others well. They will be missed because they were truly the ones who kept the place going after Martha was away. I can't imagine that the magazine will continue with the same vibe. Good luck!

As I catch up on reading the blog, I'm so sad to read this. Also, I have just recently cancelled my long running subscription as of the March issue. It wasn't easy, its been a long devotion to Martha for me. It was the beginning of the end when Everyday Food went away.

The magazine isn't what it used to be. I miss Fritz and his collecting. I miss the way it was and it's just not the magazine I used to know.

I will continue to support Martha in other ways, but unfortunately not the magazine anymore.