"It's a good thing." We've all heard Martha speak these words countless times over the last quarter century - and by now we instinctively know what a Good Thing is. Perhaps Martha defines it best: "Ideas that are simple, but not too simple - interesting and useful, but still inspired."

The Good Things column made its first appearance in Martha Stewart Living magazine in the very first issue. It has been in every issue since, bringing the reader simple solutions for everyday problems and good ideas for the home and garden that just make you wonder, "Why didn't I think of that?" The term "good thing" has become part of the Martha Stewart vernacular, a phrase so commonly associated with Martha, her television shows and her magazines that it is impossible to separate them. I have not counted how many Good Things have been published in Martha Stewart Living over the last 25 years, but it is surely in the hundreds. A "Good Things" book was put together in 1997 - a collection of the most popular ideas from the column - but I certainly feel it is time for another compilation to hit the bookshelves. (Take note, editors!) 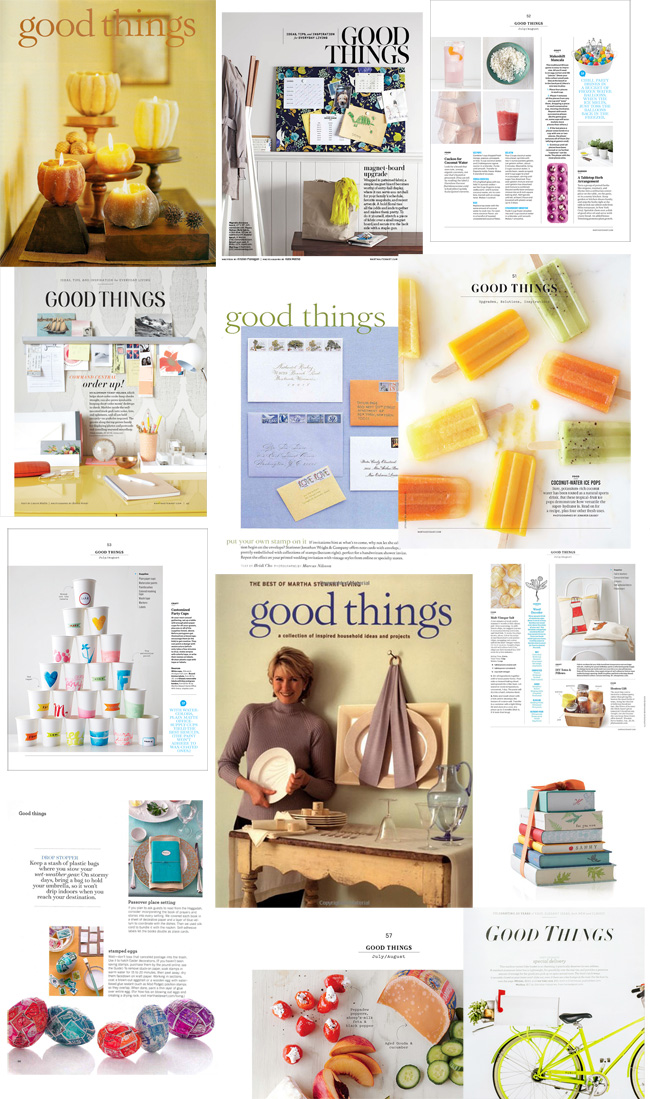 When I think of my own life and some of the Good Things I have adopted, there are many that come to mind:

It goes on and on. And I frequently refer back to old issues just to read the Good Things. I very often find new ideas that I had previously overlooked. 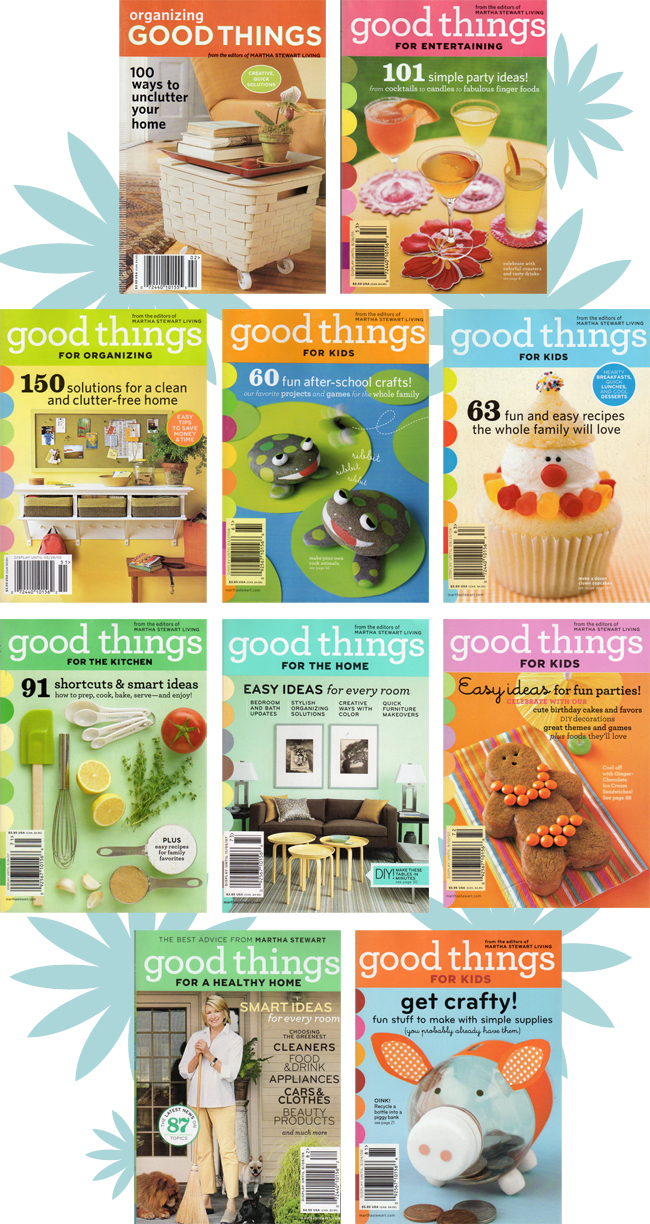 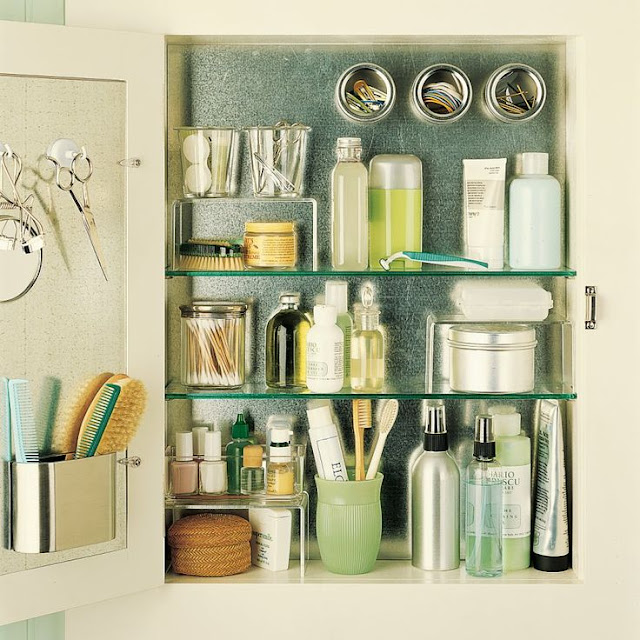 This is a really Good Thing: organize your medicine cabinet by adding new surfaces, such as a galvanized backing, which can be used to hold magnetic storage containers. Use the back of the door, too: place small hooks and a small mounted container to keep essentials such as scissors and hairbrushes. Use clear plastic risers and small bins to add vertical storage to the shelves. 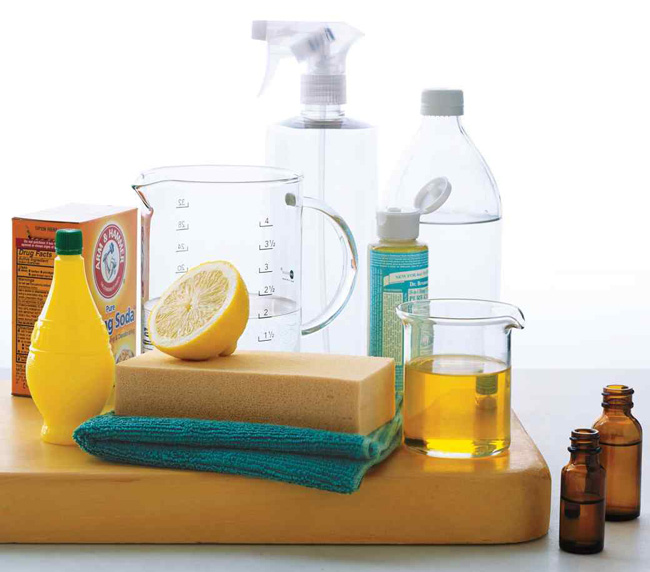 Natural cleaners are such an easy, inexpensive and environmentally-sound alternative to using harsh and toxic chemicals in the house. Many of the Good Things contained recipes for cleaning solutions that can be made at home using basic store-bought ingredients, such as vinegar, lemons, baking soda, salt and essential oils. 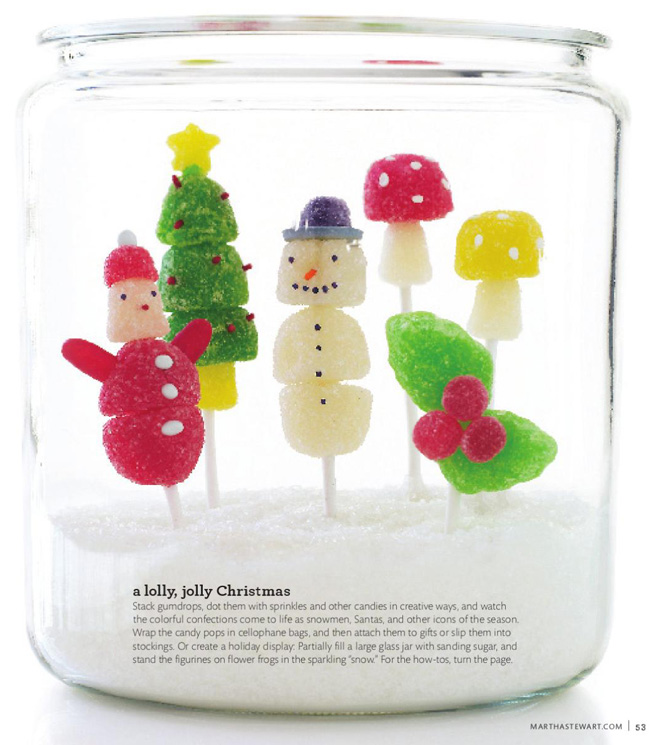 Here's a fun Good Thing for the holidays: make little snowmen, Santas and Christmas trees using gummy candies from the bulk store. You can add them to gifts in cellophane bags or make a cute display like this one above. 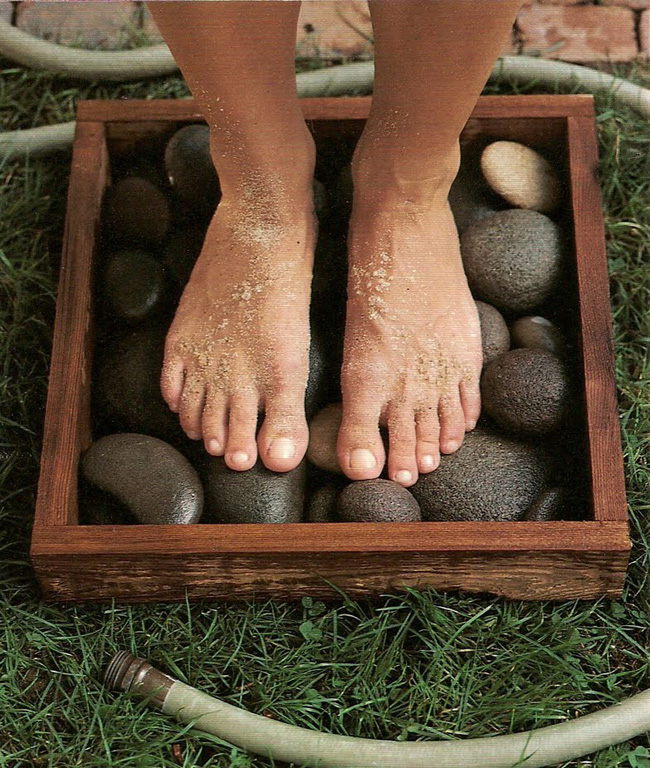 This is the most Pinned image from Martha Moments - and it is a Good Thing! This is something else we do at our cottage during the summer: Designate a grassy spot a step away from your porch or patio as the place for washing sandy feet before re-entering the house. Make a weatherproof frame with four three-inch-tall boards. The box shown is 16 inches square. Fill it will several layers of smooth, flat stones - river stones look particularly handsome and are easy on the soles. Sand rinses away into the stones and grass below, leaving bare feet clean.
Posted by ANDREW RITCHIE at 9:37 AM