Will Martha Sell Her Company?

Wall Street is abuzz with talk that Sequential Brands Group, a company that specializes in acquiring and licensing big-name brands, is close to a deal to buy Martha Stewart Living Omnimedia. The Wall Street Journal, Forbes, Business Insider, The Huffington Post and CNBC have all reported over the last two days that a special committee is in talks to sell MSLO to Sequential Brands Group, but there has not yet been any confirmation from either side. Stock in Martha Stewart's company surged on the news by 26% on Wednesday. 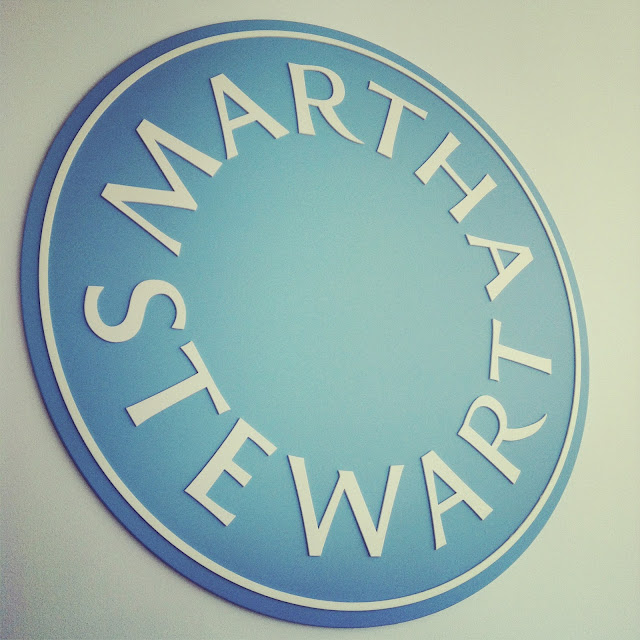 So, would this be a good thing for Martha Stewart and her company? The short answer is, yes. The company has not posted a significant profit in years and with declining revenue comes declining potential for growth and development. Martha's company was once worth over $2-billion. Today, it is worth approximately $400-million - a fraction of its value when it first went public in 1999. Over the last few years, we've seen the company make some very difficult choices: shutting down several of its publications, stopping production of its daily television show, cancelling its radio programs, laying off staff and outsourcing its publication operations to Meredith Corporation.

Merchandising is the only area of the company that has remained strong, but even within that category there have been stumbling blocks; furniture lines that never materialized, a litigious battle between JC Penney and Macy's regarding rights to Martha's home merchandise lines, and various product lines at The Home Depot that were pulled from store shelves, such as the Martha Stewart paint line.

By selling, Martha would be giving her company a second chance. Martha owns 49% of the company's stock and, as the non-executive chairman and controlling shareholder, has final say on what happens to the company she built from the ground up. The sale itself would likely send stock in MSLO surging to heights it hasn't seen in years, making Martha an even wealthier woman than she already is. It would also guarantee - at least in principle - a steady ride ahead for a company that has been treading a bumpy road for far too long with new corporate overseers and managers expanding licensing agreements to ensure the Martha Stewart monicker survives.

Martha would still likely maintain controlling interest and would certainly be very involved at the company - as would most of her teams in merchandising, publishing and broadcasting. My only concern would be with quality control. The idea of a giant company selling Martha's name and face to any manufacturer who wanted to buy it is a bit disconcerting for a longtime fan, such as myself, who enjoys the "specialness" of the Martha Stewart name and brand. I don't want Martha Stewart Happy Meals. I don't want Martha Stewart hair dye. The fear is that the brand will become diluted through endless (re: meaningless) licensing deals and, in turn, cheapened through ubiquity. I have always trusted Martha's eye for standards, quality and good taste. I would not want to see that disappear.

There has been no confirmation of any actual sale, although it is looking more and more like that is the direction the company will be taking: confronting its shortcomings by letting a much larger and perhaps more-capable company manage its affairs and lead it to profitability. What are your thoughts? Should Martha sell her company?
Posted by ANDREW RITCHIE at 8:12 PM

Just took a look at SBG's website - if MSLO does decide to move forward as a subsidiary I for see the publishing component of the business will be further demoted and merchandising will be ramped up. Unfortunately I also believe the quality will be vastly reduced - And1, Avia, Ful, Nevados, and Revo are all Ross/Marshalls/TJ Maxx brands and Jessica Simpson was previously (and may still be?) a Kohl's exclusive. MS does not belong in discount retailers, unfortunately her aspirational brand might resonate most with consumers at the low end of the spectrum. This is very sad news indeed!

Is a sale a good thing? I struggle to answer the question. From a business perspective, it makes some sense - but as you pointed out, there are huge risks with the brand itself. On the last several conference calls, it has been mentioned that MSLO wants to be a design and content business. If indeed that is the case, handing over the "business" aspect to another company does make sense. I feel confident that Martha is not about to give up control of her name. It will be very interesting to see the agreement, should it take place. (with financial specifics redacted, any agreement will be available as an SEC filing) This may be a key move to the desired international expansion. I'll anxiously await the announcement!

Is it the end of something good? It will seem like the same, but it will soon change into something else. Look at luxury brands that are taken over, YSL for example, or Valentino. He couldn't work with the owners of his company. They have their own vision of how the company will work, that the company should do. We see this time and time again. While I would hope this does not happen, you can not expect it not to change. Look at Turkey Hill Road South. It even changed, and you would have thought they would have kept it the same, but people come in, think they have a better idea and soon it is a memory. Everything is always evolving.

It's important to consider, also, what would happen to MSLO if Martha did not sell her company. It cannot keep losing money and going down the path it is currently on. At some point Martha would either have to shut down the company completely (not an option for Martha) or privatize it again, drastically scaling back its operations to a place of affordability and profit-making. She would have to prune her business basically to the ground and watch it grow all over again from a new starting point. Martha always considers the bottom line (her own and her company's) and selling really is the only alternative I can see Martha taking. She's worked too hard to shut down the company or to chop it up into tiny pieces. At least this way her legacy is ensured, her staff is protected (more or less) and the company can go on in the directions it would like to pursue, albeit answering to a higher power. Obviously, Martha would love her company to be on par with company's like Ralph Lauren (worth billions with its founder firmly at its center, charting the course) but it just didn't work out that way. From a fan standpoint, I want to see Martha continue - but in a way that is consistent with her message and her standard of quality.

And, it would make sense that any company that buys MSLO would want to keep Martha and her team heavily involved. Martha is the face of the company and that, and the "Martha sensibility" is what sells the brand across the board. As Andrew said, the company cannot continue to lose money and be viable. It cannot compete in a changing marketplace with so many more outlets and sources for homekeeping, decorating, gardening and cooking than when MSLO began.

Andrew your logic is "right on the money "...... But it still does sadden me that a brand** that started out with so much promise may end up as a "loss leader" on some discount store shelf ! And a woman who had so much pride in the beauty, style and quality on any product with her name on it, might end up as just a figure head with zero control.
APM
**Martha by Mail /the early MS magazine / Kmart product line

I wish it didn't have to happen, but I agree that something has to change to keep the business alive. I believe the visibility Martha had with the commercial TV and radio shows was important to boosting sales of her magazines and all her merchandise, along with sales of products from her many guests. Bring back the TV and radio presence!