Nominations are now being accepted for the 2015 Martha Stewart American Made Awards, an initiative begun by Martha in 2012 to honour American makers who are turning their dreams into businesses. Each year, Martha and the editors at Martha Stewart Living magazine honour makers, small-business owners, and creative entrepreneurs in the fields of crafts, design, food, and style. These makers are recognized for their dedication to creating beautiful, quality products and building successful business and communities. 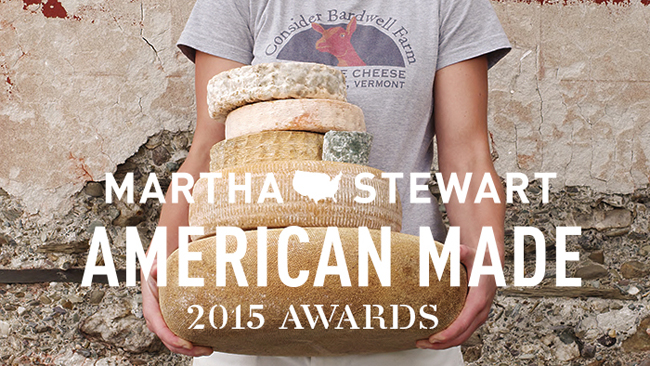 Five-hundred finalists will be chosen from the nominations and 10 winners will be subsequently chosen by the editors, including one Audience Choice Winner, who will be voted by the audience as the grand-prize winner. Prizes include $10,000 towards the growth of the business, a trip for two to attend the American Made Summit in New York City, hosted by Martha Stewart and her team of editors, a feature in Martha Stewart Living magazine and a chance to become part of the American Made Market, with advertising and direct links to your business from marthastewart.com.

Click here to learn more about the American Made Awards or to nominate yourself!
Posted by ANDREW RITCHIE at 12:02 PM

Wow I hope some one nominates Anna Bond of Rifle Paper Co. of Winter Park Florida.