Dan Dienst, the CEO of Martha Stewart Living Omnimedia, said on his second-quarter conference call that the company is going through a quiet phase. As MSLO diligently works to balance its books and get its portfolio in order as it slowly transitions from a publishing company  to a merchandising company, readers of its magazines and books have had to be patient, even stoic, while the company prunes its branches to cut costs. Over the last few years, longtime readers of Martha Stewart Living magazine have had to endure numerous changes:  a reduction in the magazine’s circulation (from monthly to 10 months a year), a reduction in content, a depletion of special issues that once supported the flagship, routine changes to its format and design and a seemingly endless rotation of editors-in-chief, each with his or her own ideas about how the magazine should look and function. 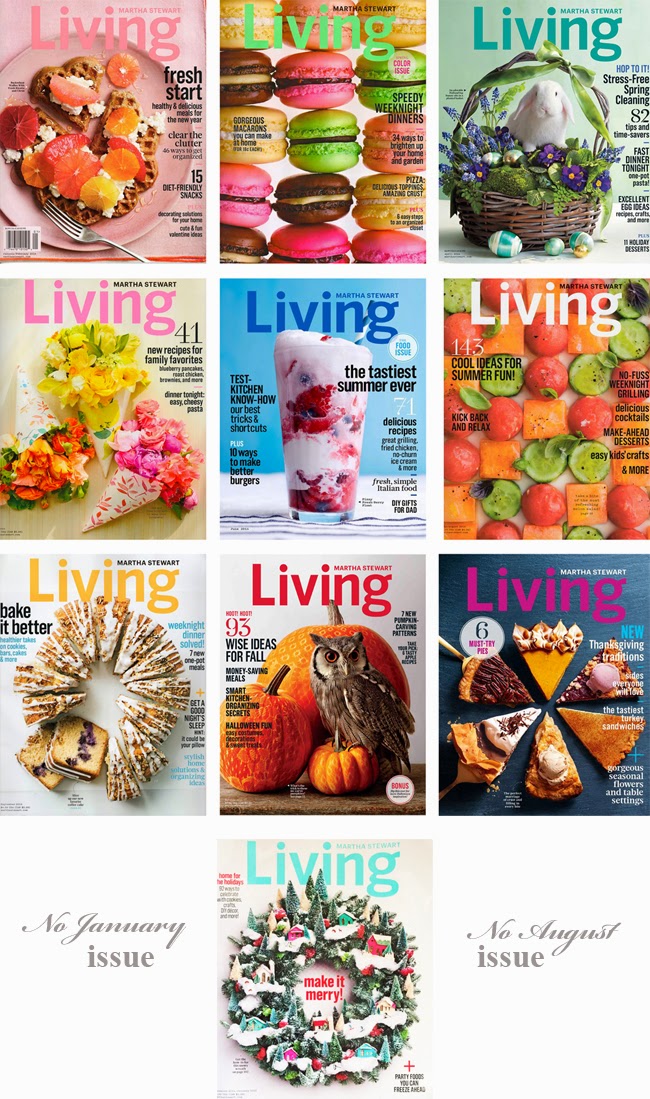 Now, as the magazine heads into its 24th year on newsstands, its operations have been signed over to Meredith Corp., which will now handle the advertising, production and distribution of Martha Stewart Living and Martha Stewart Weddings. This is the first time Martha has looked beyond the walls of her eponymous company to handle the production of her magazines.

Meredith Corp. is a leading media marketing company dedicated to leveraging media platforms that serve American women. It handles production, advertising and distribution for magazines such as Family Circle, Traditional Home and Better Homes & Gardens. I feel this is a very “Good Thing” for Martha Stewart Living, which has struggled to attain the advertising dollars needed to properly sustain the content on its pages that readers have come to expect and rely on. (Many of us readers have commented on how thin the issues are today compared to previous years.) It is certainly my hope that the new deal with Meredith will ensure more ads, thereby encouraging more content, which will still be handled by the editors and designers at Martha Stewart Living headquarters, by the way. Readers will likely not notice any change to the look or feel of the magazine when Meredith distributes the February issue of Martha Stewart Living next month.

Let’s look specifically at the 2014 issues of Martha Stewart Living. The most notable observation, of course, is that this is the first year since 2000 that the magazine has produced ten issues instead of twelve. Gone from the roster are the January and August issues, which have been sandwiched into the December and July issues, respectively. While I did love getting a new issue every single month, and I do miss the freshness of the January and August issues, I can’t say I was overly disappointed by the new ten-month distribution schedule. The content in the bi-monthly issues is strong enough, I feel, to provide editorial sustenance for the season. 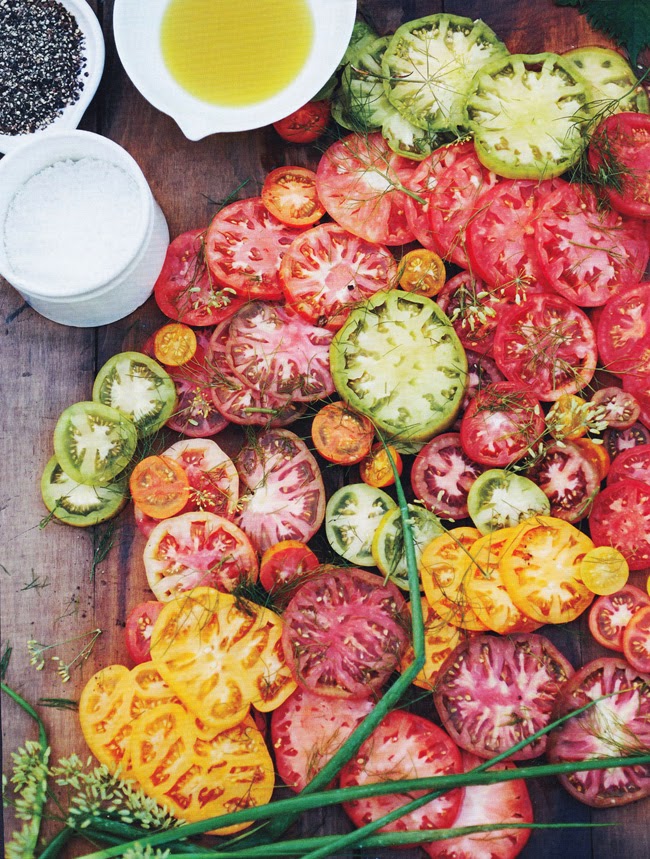 There were almost no editorial or design changes made to the magazine in 2014 – Eric Pike’s first full year on the job as the flagship’s editor-in-chief. One exception was the content on the last page, which changed from a personal essay written by an author to a featured entrepreneur nominated for a Martha Stewart American Made Award, beginning with the March, 2014, issue.( The last page of the magazine has had several incarnations over the years: Martha’s Remembering column, Cookie of the Month, Save Room For, the Essay and now American Made.)

The design of the magazine continues to be sparse, clean and modern, which is in line with the company’s branding and keeping pace with the look of its newsstand competition. Comments on my review last year were not entirely supportive of the design, with many people saying they miss the old format. Hopefully, now, the design makes more sense to these readers. I personally find it very pleasing to read; it is neatly organized by content type with the well of the magazine showcasing the thematic features of the issue with full-page colour photography. I am also pleased to see more writing in these features. I enjoy context and am always delighted by a good story to back up the luscious photography. 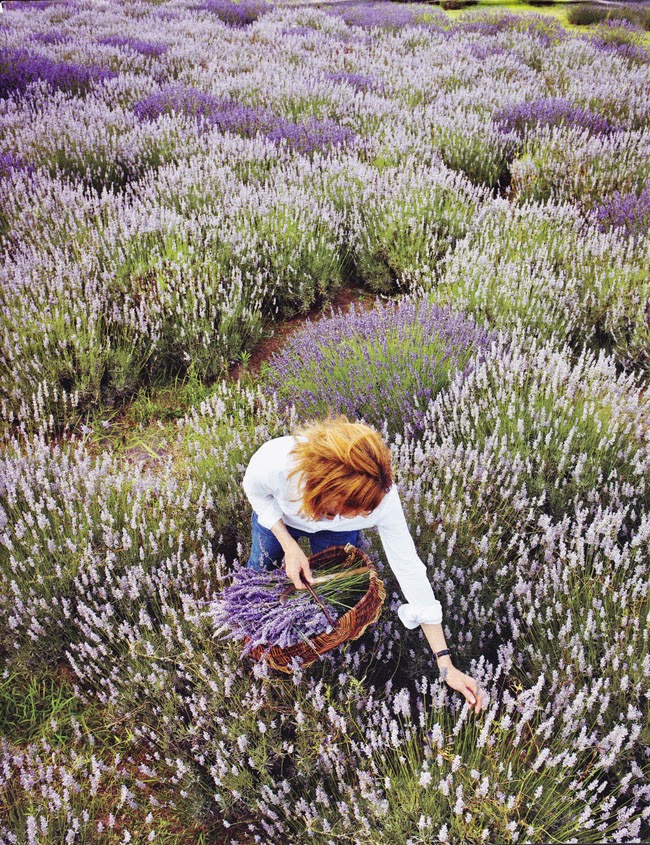 I suppose my only real complaint this year is that there were no special issues.There were two issues planned for 2014 but the decision was made to cut them last January. A special Everyday Food issue was to his newsstands last spring and there was a special Halloween issue planned for a September release. I was disappointed that these were cancelled, and I know I’m not alone. I really missed having one or two special issues to look forward to. The traditional Halloween issue, especially, ought to be an annual treat for readers that is non-negotiable. There should always be one. Fans love it!

I sometimes choose a favourite issue and a least-favourite issue of the year but I honestly can’t pick these for 2014. No issue stood out as being exceptional. No issue stood out as being disappointing, either. This brings me back to the words of Dan Dienst and the reiteration that the company is going through a quiet phase as it charts the next phase of its course. There was nothing especially spectacular about the 2014 issues, nor was there anything troubling or disappointing to note. Each issue fulfilled its duty. Each issue was informative and beautiful with good advice, excellent recipes and dazzling photographs. Having said that, they didn't stay too long on my coffee table and were relegated to the magazine file folders for storage sooner than I would have liked. Perhaps now that Meredith is handling the business operations of the magazine, there will be more time, more money and more passion to invest in the creativity, the inspiration and that indescribable “Martha-wow-factor” that Martha Stewart Living readers have come to expect.

Posted by ANDREW RITCHIE at 5:50 PM

Bravo my friend... very well written. As I was looking over all the issues from 2014, searching for something 'new' or something 'different' - I found nothing. While it's not a memorable year for the magazine, it was as it always has been - reliable. Here's to a great 2015!

Thanks, Kenn! I always value your opinion, as you know. I'm looking forward to 2015!

I agree, another insightful post that breaks the issues down and explains the fine points for those of us who mostly have a superficial view of the publishing world. In many ways I long for the older style but I do admit that I have come to appreciate the "modern" look as well. Hopefully, the new arrangement with Meredith Corp will boost advertising and sales. This magazine is an icon.

I believe Eric Pike has done an excellent job as the editor, with the exception, as I previously mentioned, of the personally disappointing December issue. As for the new format, I guess old preferences are hard to brake, as I still look fondly on the more detailed "richer" looking photography in previous years. Ultimately I will manage with the current format as I believe MSL adds greatly to civility, style and beauty so lacking in current culture.
APM

Everyone should take a look at today Martha's blog ( 12-11). It is perfect for the Holiday Season, filled with beautiful photo's!
APM