Many of you, I'm sure, are happily browsing through the pages of the October issue of Martha Stewart Living, which is on newsstands today. The issue features two covers, front and reverse: on the front, an adorable owl nestles with a trio of pumpkins that have been stenciled using a lace-stocking overlay. (For the craft how-to, see the Good Things section on page 23.) Flip the magazine over and we see Martha with piercing blue eyes and a stark white wig, cloaked in black satin. I saw several newsstands today that had the magazine displayed with the Martha cover facing out - a clever move to entice those of us who may still be hopefully searching for that elusive Halloween special issue. It will be a futile search, however, since there will not be special Halloween issue published this year. But...the October issue hints at a very intriguing, six-episode Halloween web series that will document the making of Martha's costume! Details below! 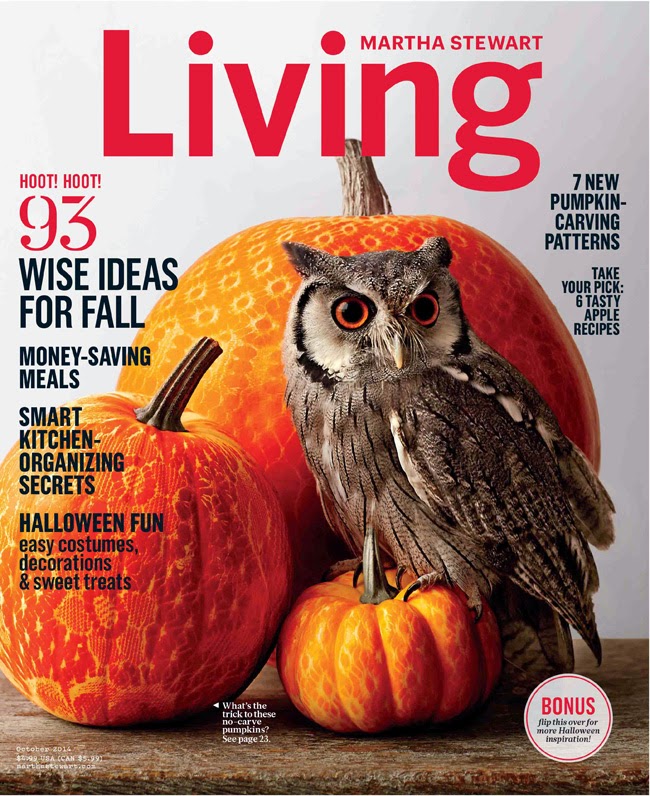 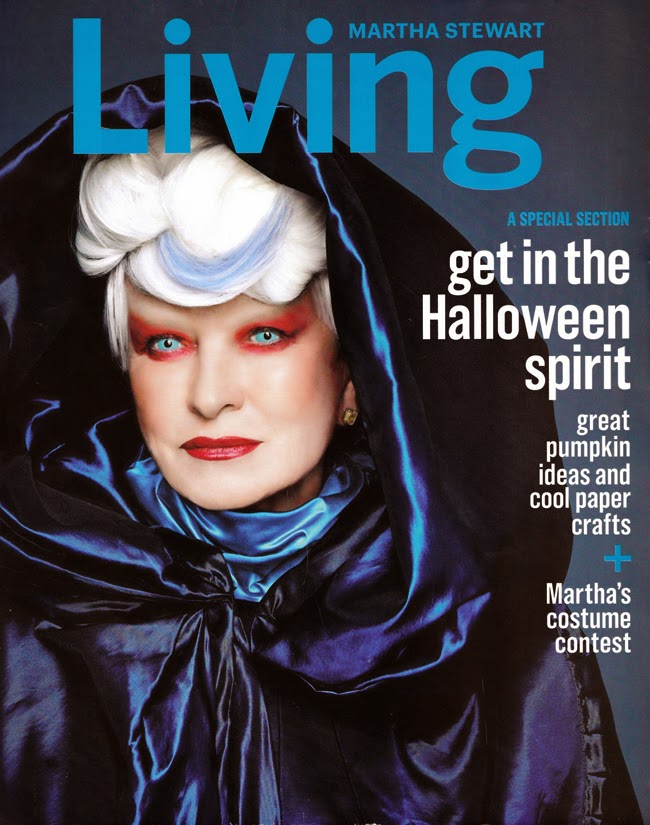 This is not, in fact, Martha's full costume. She is cloaked in black satin for a reason. The big costume reveal will happen in October at MarthaStewart.com as part of a new web series called "Shriek or Chic" that will document Martha's Haute Halloween Challenge in which three contestants will compete to design Martha's costume. Here are some of the details about the program:

For the first time ever, three fashion design hopefuls compete to create Martha's Halloween costume - and win the honour of dressing Martha for her favourite holiday of the year. Go behind the scenes at Martha Stewart headquarters where the contestants work around the clock, with surprise visits from renowned fashion designers! And don't miss the dramatic season finale where Martha selects the winner, and appears in her costume of choice. Click here to watch for updates about the series until its premier episode on October 7th.

Gabrielle Ruffino, 24, New York
A 2014 graduate  of Merchandising & Management-Fashion Design, FIT, Gabrielle comes from a family of seamstresses and looks forward to impressing Martha with her skills in dress construction.

Joelle Samaha, 24, New Jersey
A 2-14 graduate of Fashion Design at FIT, Joelle's attention to detail  and award-winning  evening wear line separates her from the competition.

Taylor Ormond, 19, New York
A sophomore studying Fashion Design at FIT, Taylor is a big fan of Martha. If she has her way, Martha will wear something completely different this year.
Posted by ANDREW RITCHIE at 3:05 PM

Loving everything about this! Martha Stewart never fails Halloween.