Looking Back to Move Forward: Vols. 1 and 2

In her letter to readers in the March issue of the magazine, Martha Stewart Living editor-in-chief Pilar Guzman makes an intriguing comment about looking back to former issues of the magazine in order to move forward. She writes: "...we will feature images on this page that inspire us from the magazine's archives. Sometimes it's important to look back in order to move forward." With this aim in mind, the editor's letter showcases photographs by Christopher Baker from the March, 1997, issue and the first colour glossary (chartreuse) of plants that debuted in that year's gardening issue. Pilar says that readers were smitten by the elegant styling and compositions. I was one of them! 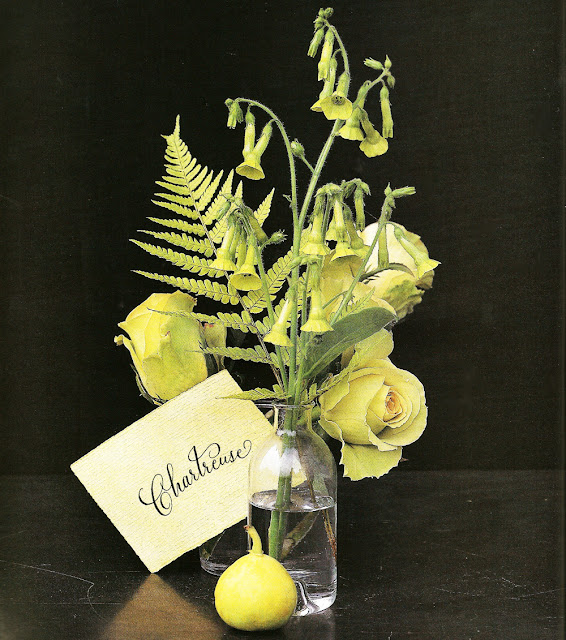 My favourite issues of all time were released somewhere between 1995 and 2007. That's not to say that the current issues of Martha Stewart Living have been substandard. They are just different, keeping pace with a growing number of competitors, changing tastes and an evolving culture of lifestyle content. For Martha Stewart Living to have remained locked in its yesteryear mandates would have been a grievous mistake. The editors have taken the magazine to a new space and have recruited new readers by doing so. But I wholeheartedly welcome Pilar's desire to reflect a little on the principles and ideals that first made Martha Stewart Living the leader in its class. 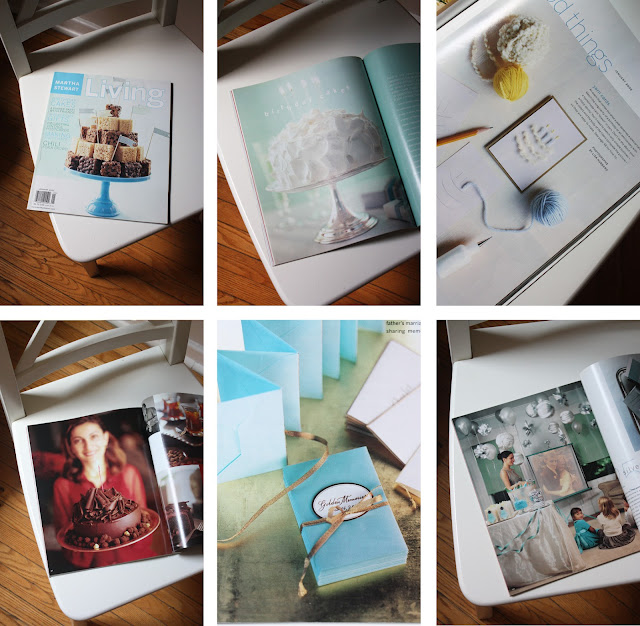 MY FAVOURITE JANUARY ISSUE: 2002
This is one issue that I return to time and again, primarily for its emphasis on celebrations, from birthdays to anniversaries. Contained in its pages are timeless ideas and traditions with recipes and entertaining ideas to support them: delicious birthday cakes, crafting party hats, an anthology of anniversary traditions, vintage birthday cards and seasonal Good Things for crafting, homekeeping and giving. It also contains my favourite craft of all time: Yarn Cards!! What makes it successful is that it is guided by a central theme (celebrating) that helps plan a year of celebrations and special occasions ahead. If I don't use an idea this year, I return the next year to suss it out. The theme is not cumbersome and overplayed, either. It is buoyed by ideas that can be used repeatedly in fresh and inventive ways. The photographs are engaging and lively, with a subtle pale blue palette threading the editorial content. There are people shown in the images and a bright sense of levity shines throughout. A perfect winter read. 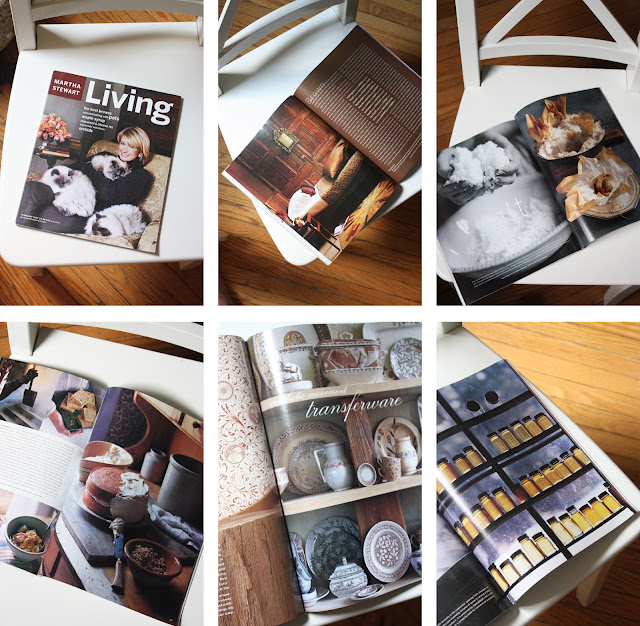 MY FAVOURITE FEBRUARY ISSUE: 1999
I love Valentine's Day as much as the next person: any excuse for chocolate and flowers! But it is telling that my favourite February issue of all time did not flaunt the lovey-dovey holiday. Here is an example of an issue that is guided by a theme much more cerebral than any heart-shaped craft. In a word, the issue is warm. Brash pinks and reds are shelved in favour of cozy brown tones that glow from page to page: honey-coloured homeyness that inspires the reader to embrace the indoors and celebrate the intimacy of an afternoon baking in the kitchen or taking stock of a treasured collection. Valentine's Day is here, too, in beautiful crafts and floral arrangements, but the issue doesn't pander to the commerce of it all. If it's love you seek, look no further than the inspired people behind the making of this volume who clearly poured all of their hearts into this issue: the finest tribute to midwinter I have ever seen published.
Posted by ANDREW RITCHIE at 7:39 PM

I am a collector but I am missing the two issues that you are referring to. I like Feb. 2002, especially the cover compare to the other Feb. covers. They also have a nice craft to make bonbon-filled hearts in this issue.

Love this post. I totally agree with the January choice too. One of my favorite issues period. Cannot wait to see your choices for the rest of the months.

I look through all the past issues as soon as I flick the calendar over a month. I find that sometimes I don't appreciate the content at the time but enjoy it so much more the next year.

Have a wonderful weekend!