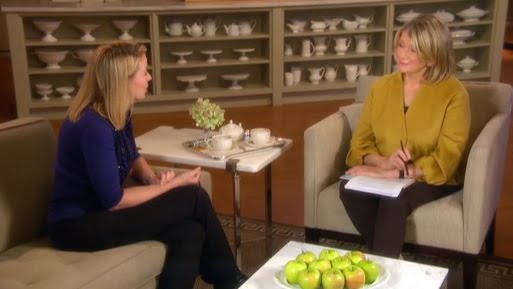 Over the years Martha Stewart has clearly become an example of a strong, accomplished and brilliant woman - a role model for many. She has not only created a vast media and merchandising empire that inspired millions, she has lived through and overcome obstacles that threatened her reputation, the company she built and her freedom. Through it all, she has demonstrated a cool resolve and a steady determination. It is her creative vision and her passion that has carried her through good times and bad and kept us all in time with her every step. 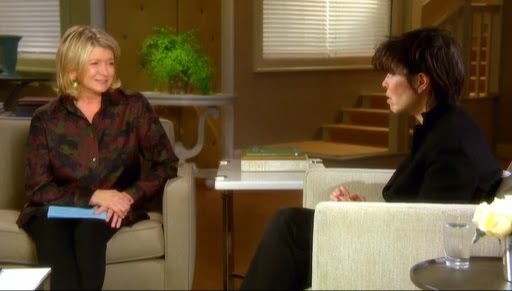 Now Martha is highlighting other women who have inspired us, engaged our intellects and helped to change our lives. Her latest television special "Martha Stewart Presents: Women With Vision" showcases a roster of high-profile women who have influenced business and the arts. Martha spoke to Marissa Mayer, a Google executive who is the youngest woman on the Forbes "50 Richest Women in the World" list, Emily Rafferty, the first female president of the Metropolitan Museum in New York City, and Elizabeth Diller, a visionary New York architect whose firm helped design the city's High Line as well as parts of the new Lincoln Center. (Click on their names, above, to see clips from the interviews and read about their work.) 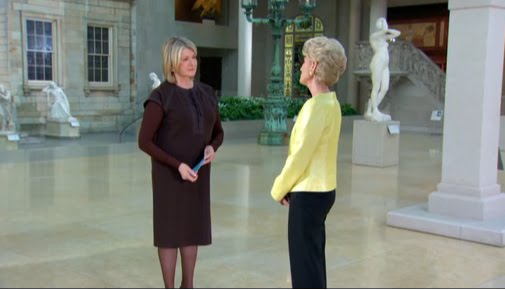 At Martha Moments I also intend to highlight women with vision and you will see a few of these women in the coming weeks. While none of them are on the Forbes list, they are women I know personally who have turned their passions into professions and I'm excited to be able to showcase their talents here. Stay tuned!
Posted by ANDREW RITCHIE at 5:53 PM

hi Andrew, Do you know when Martha's new season will star on the Hallmark channel?

Theresa, it will start in early september, but I'm not sure the exact date of the first show. I'm sure you'll see ads for it beginning in August.

The High Line was designed by James Corner Field Operations with collaboration help by Diller Scofidio + Renfro and Piet Oudolf.

Andrew, You have hit it out of the ball park with this post.