Martha was in Churchill, Manitoba, over the weekend to film a segment for her television show about polar bears. Manitoba, one of Canada's prairie provinces, is home to a large percentage of Canada's polar bear population, a species that is facing increasing endangerment due to climate change. 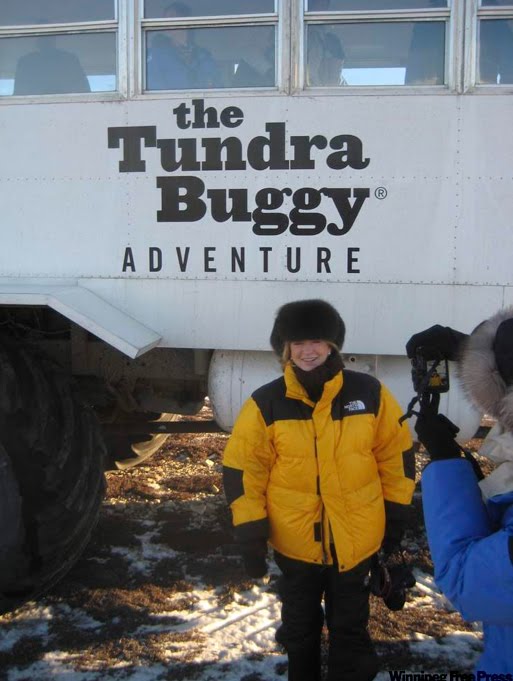 Churchill is located on the shores of Hudson Bay, approximately 1000 kilometers north of Winnipeg, and Martha took the "Tundra Buggy" to cross the desolate, frozen landscape in search of these elusive and beautiful bears. While in Churchill Martha visited Gypsy's Restaurant and Bakery and sampled some of the desserts there, including the homemade apple pie, éclairs and fritters. She also took a helicopter tour of the town and witnessed a polar bear rescue, which her crew filmed for the show. Watch for the episode featuring these polar bears soon!
Posted by ANDREW RITCHIE at 7:55 PM

Would love to be able to see the episode but, sadly, since we no longer get The Martha Stewart Show in Canada (at least not in Ontario) I'll be missing out. And I'm particularly missing her show at this time of year. Thank goodness for your blog!

I know, it's too bad. I haven't seen the show at all this season because Hallmark isn't available anywhere in Canada. It would be great if she could get her show on W network or another similar Canadian cable channel.

Martha showed pics from her visit on Tuesday's show. They are editing the video for an coming episode.