On Wednesday, Hallmark announced some of its new Martha Stewart programs, which are set to debut in January. Among the most anticipated is Martha's new show called "Martha Bakes" - a thirteen-episode series with Martha as host designed to turn good bakers into expert bakers. The show, which was filmed largely in Martha's home kitchens last summer, is being described by some as "the definitive television resource for the actual or would-be baking expert." In August, Martha told Slashfood.com that the show was designed for the more advanced baker and is "not really baking 101." She said viewers would learn how to make things like pâte brisée, pâte feuilletée, puff pastry, the perfect cheesecake, as well as traditional sweet and savory favourites like blueberry muffins and the perfect loaf of bread. 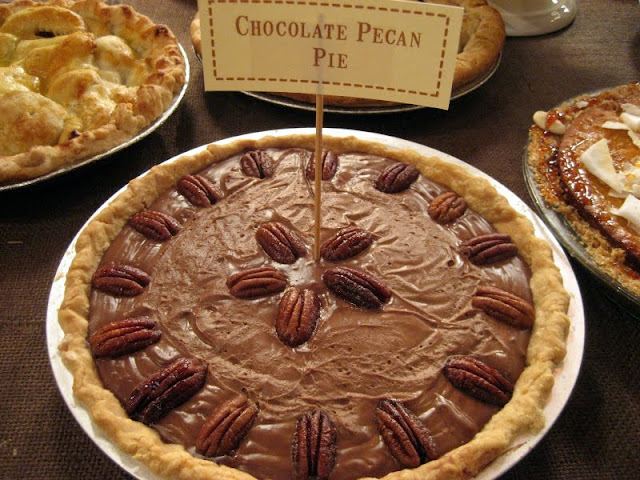 It was also announced that the next installment of Martha Stewart Presents (an hour-long interview series with lifestyle profiles of some of Martha's favourite personalities) will focus on comedians. It will be called The Men Who Make Us Laugh. (I'm just guessing here, but I assume Conan O'Brien and Jerry Seinfeld will be among the guests, given their friendships with Martha.) Also beginning in January is a new show called Petkeeping with Marc Morrone. Hallmark has also renewed Mad Hungry with Lucinda Scala-Quinn for an additional 80 new episodes.
Posted by ANDREW RITCHIE at 5:38 PM

A few months in, how have all the shows been doing? Rating-wise and content-wise. Still Hallmarkless.

I think there were some start-up problems but I have a feeling things will rebound. It takes time for an audience to get used to new programs. (I'm still Hallmarkless too. Boo-hoo!)

80 new shows for Mad Hungry?? Is that a misprint? It seems like an awful lot. That would be like 6 or 7 seasons worth. I'm not complaining, I like the show, but that seems a bit excessive.

They've renewed the show (in contract) for 80 new shows, yes, basically ensuring its presence on Hallmark for several seasons to come, which is great!

Wow! Look at this banner, so elegant! Love it!